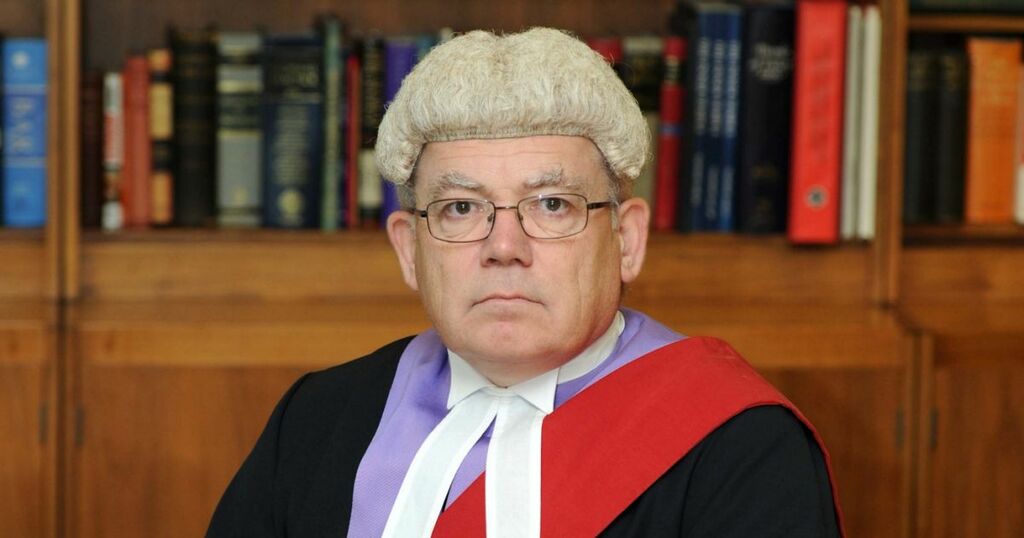 A top judge today slammed a "dangerous paedophile" and said his "state of complete denial" suggested he was beyond help.

Christopher Clements groomed and sexually abused a young boy who now has nightmares "every time I close my eyes".

READ MORE: Rapist told girl ‘sometimes you have to do things you don't want’

Liverpool Crown Court heard it was the second time 70-year-old Clements, formerly of West Derby, had molested a boy.

But having previously admitted the crimes against his first victim, the paedophile chose to deny abusing the second child.

That meant his second victim had to go through the ordeal of giving evidence, when he became visibly distressed.

Judge Thomas Teague, QC, today told Clements: "In continuing to deny the offences to this day, you exhibit a degree of self-deception that suggests that even with professional help you do not have the commitment necessary to eradicate your perverted sexual tendencies."

The trial heard Clements abused the boy in Liverpool in the 1990s and 2000s by holding the child's feet against his crotch, over his clothing, on multiple occasions.

David Polglase, prosecuting, said Clements was previously convicted of sexual offences in April 2011 - when he was jailed for 14 months after he admitted downloading, possessing and distributing indecent images of children, between 2002 and 2010.

In September 2015 he was convicted of possessing more indecent images of children, when a judge ruled he was a "dangerous" offender and jailed him for 12 months, with an extended three years on licence.

In February 2016 he was jailed for four and a half years with an extended three years on licence for two counts of indecent assault. They related to another boy, who Clements admitted sexually abusing in Liverpool in the 1990s.

However, he denied the latest allegations regarding the second boy, suggesting they were lies.

Mr Polgase today read out a victim statement on behalf of the second boy, while Clements - appearing on a video link from HMP Liverpool - sat in silence, showing no emotion.

The victim said: "I have very bad anger issues and severe trust issues. I can't go out on my own, I always have to have someone with me.

"I suffer severe panic attacks and migraines on a daily basis. I've had at least three mental breakdowns, which has left me incapable of work."

The victim said he struggles to sleep, meaning he has to take "cat naps" during the day, and cannot make plans with family and friends, because he doesn't know how he is going to feel.

He said: "Every time I close my eyes I have nightmares. The abuse I suffered is always on my mind - it will not let me go.

"I feel I will never be free from it."

Judge Teague commented how when giving evidence the victim had become distressed.

Mr Polglase said: "Particularly towards the end of the cross examination he got quite upset and angry."

Judge Teague said: "That's what I remember - he made quite a graphic comment about what he thought should happen to Mr Clements."

The court heard Clements still denied any wrongdoing when speaking to a probation officer for a pre-sentence report.

Daniel Lister, defending, said: "This is a case where the mitigation is limited."

He accepted Clements was "dangerous" but suggested another extended prison sentence wasn't necessary as the offending was "historic", his client was already 70, and by the time he will be released "optimistically he will be in his mid-70s".

He said: "He is determined to engage with the programmes available to him because your honour knows he doesn't accept this offending, but your honour heard how he candidly gave evidence and accepted his difficulty with an attraction to children."

Judge Teague said it was "obvious" the victim suffered "severe" psychological harm and was still struggling to come to terms with the abuse.

He told Clements: "You are still in a state of complete denial. You do not recognise the reality of your situation.

"You have not faced up to your guilt and you have shown no awareness of, let alone concern for, the effect your offending has had on your victim."

The judge said he had "no doubt whatsoever" Clements was a dangerous offender.

He said: "In reaching that conclusion, I take particularly into account your long history of sexual offending, which indicates an entrenched and probably ineradicable propensity to commit serious offences against children.

"I also take into account the contents of the pre-sentence report, particularly the fact that you are still in denial and display no concern whatsoever for your victim. You undoubtedly remain a dangerous paedophile."

He jailed Clements for six years, with an extended two years on licence, and told him to sign on the Sex Offenders Register for life.

This type of sentence means Clements must serve at least two thirds of the custodial term - four years - behind bars.

He will only be released before the end of the sentence if the Parole Board no longer considers him to be a risk.

Merseyside Police said it did not have a mugshot of Clements.

Anyone with information or who wants to report a sexual offence is asked to call 101 where you will be spoken to by specially trained officers or you can pass information to Crimestoppers, anonymously, on 0800 555 111.