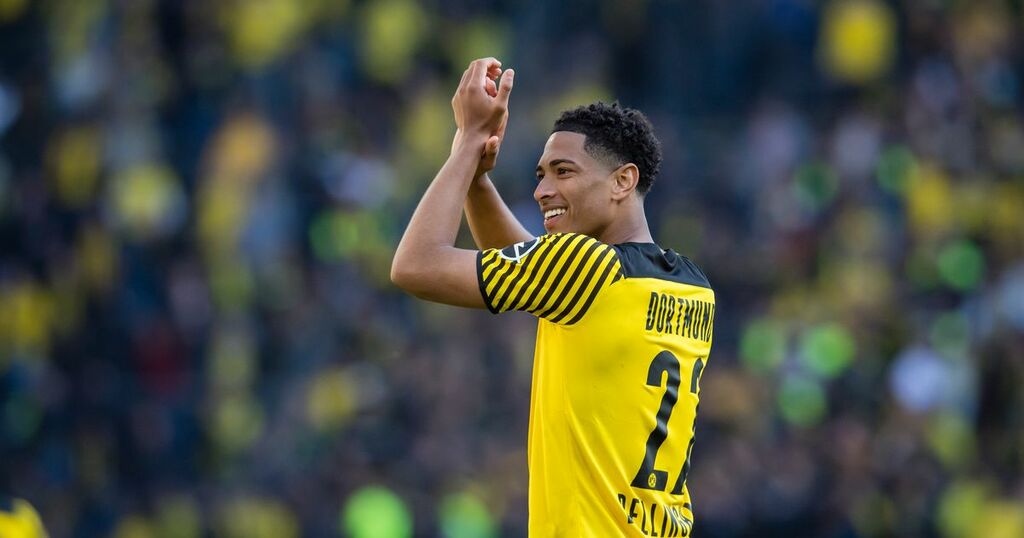 Jude Bellingham says he hopes to play for Birmingham City again before his career comes to a close as he dreams of guiding them to the Premier League.

The Borussia Dortmund midfielder is a man in demand this summer after his meteoric rise at the Signal Iduna Park. Liverpool and Manchester United are among the teams interested in the England international but it's unlikely the Germans will cash in on their prized asset in the upcoming window after Erling Haaland agreed a deal with Manchester City.

It seems like it's only a matter of time until he returns to England, however, but the only team Bellingham can guarantee he'll play for in the future is former side City who retired his shirt upon leaving the Midlands club for Dortmund in the summer of 2020.

The 18-year-old hopes to wear the jersey again and lead them to the Premier League one day but besides that, he has no plans for his immediate future as he goes with the flow in the Bundesliga.

He told The Times: "You kind of make it up as you go along. I’m in control of my own destiny, I suppose, and my own development if I put the work in."

Birmingham's decision to retire his shirt surprised Bellingham. "If I’m honest, I probably don’t deserve it, in terms of my performances on the pitch," he says. "I felt like they were good, but the level you have to reach to get your shirt retired is very high.

"As I always say, it’s not retired but reserved for when I go back and, hopefully, take them to the Premier League."

Bellingham will be without his partner in crime Haaland next season and is sorry to see him go, not just for prowess in front of goal, but his positive off-the-field presence in the dressing room. The Englishman revealed he spoke to the Norwegian after sealing his move to City and wishes him all the best.

Will Man Utd or Liverpool sign Jude Bellingham this summer? Let us know in the comment section below

He added: "I spoke with him after it was announced and told him I was really happy for him, that he was able to fulfil the next step of his journey and his dream as a footballer.

"Obviously he is a brilliant player but also a brilliant lad, and that’s one of the things I will miss the most — the vibe he brings to the changing room, the way he is with the players. A really good character to have, a winner. City are really lucky to get a player like that.

"If you look at the way he impacts games with his goals and, even when he doesn’t have the ball, when teams play against him they drop five or ten yards deeper, so it gives players like me the time on the ball to be expressive. Playing with him is really fun and I’m going to miss it next year."