Jude Bellingham opportunity cannot be passed up by Liverpool and FSG 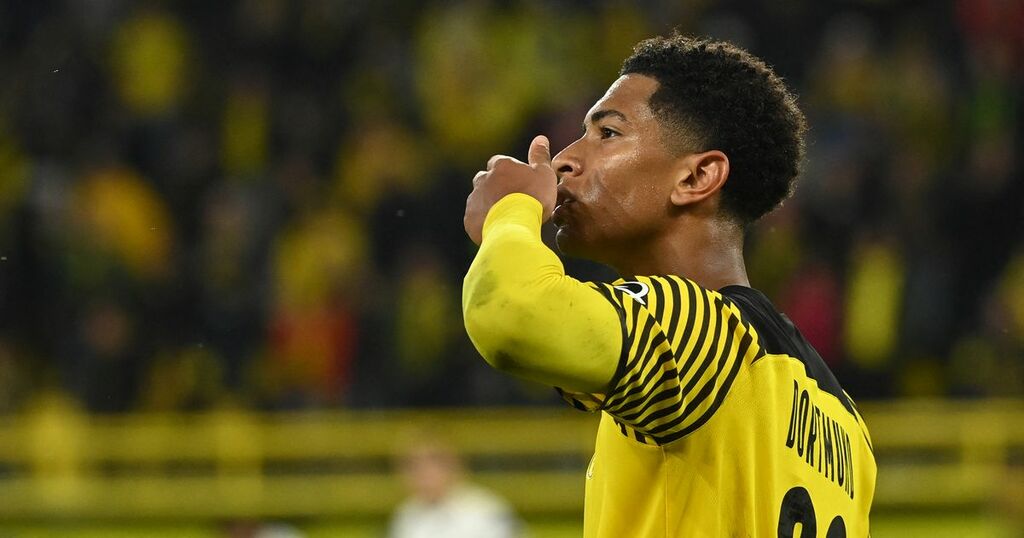 Liverpool supporters don't usually need much excuse to become excited over the possibility of swooping for the next big thing.

But Jude Bellingham is making it an awful lot easier for them.

The Borussia Dortmund midfielder was at it again over the weekend, his appreciative response to a post by Reds skipper Jordan Henderson prompting the usual deluge of messages imploring him to move to Anfield.

Having clearly been taken under Henderson's wing during the summer's European Championships, his delight at the Liverpool man scoring against Ukraine was a previous indicator of his affection for his fellow midfielder.

Not that his Liverpool-tinged admiration is restricted to just Henderson. Early on in the Euros, he declared Reds legend Steven Gerrard as the one player past or present he would want to swap shirts with.

It may well be a case of fans seeing what they want to see. But what's beyond dispute is Liverpool were among the many clubs interested in Bellingham as he prepared to leave Birmingham City when just 17 in June 2020, only for the player to plump for Dortmund in a £22.75m move.

Given the youngster's impact - five goals and seven assists in 51 appearances for the Bundesliga side including a strike against Manchester City in the Champions League quarter-final - it's hard to argue it wasn't the right choice.

Bellingham has already hit the ground running this term. But the more he shines for both club and country, the more in demand he will become, the more Dortmund will find it hard to hold on to their outstanding young talent.

So is it realistic for Liverpool to consider a move for him next summer?

Well, there are signs the stars could align in a manner that may not be again possible.

For a start, Liverpool are likely to look to remould their midfield. Fabinho and Henderson may have penned new long-term deals, but James Milner is coming to the end of his contract while both Naby Keita and Alex Oxlade-Chamberlain have fewer than two years remaining.

An obvious space may become available in the squad.

Bellingham won't be cheap, especially as Dortmund will no doubt not be keen on selling unless they make a significant profit.

Manchester United's move for Jadon Sancho, though, shows their arm can be twisted. And given Bellingham only turns 19 next June and plays in a position that rarely commands the fees of those further forward, an asking price below the £73million eventually settled on for Sancho seems realistic enough.

That Liverpool have been extremely careful in their spending in recent years suggests there could - and, let's be honest, should - be leeway from Fenway Sports Group for a couple of sizeable signings next summer.

And the strong relations Klopp maintains with his former club Dortmund would surely be a positive factor.

In any case, with Erling Haaland also in demand and likely to leave Dortmund next summer, would the Bundesliga side be willing to allow two high-profile departures in one transfer window?

There's a long way to go until any decision needs be made, of course, and if Bellingham continues his rate of progress then every club in the world would want his signature.

But if the teenager decides its time to move on next summer, Liverpool should be part of the conversation. There's no reason for them not to be.