Josh McDaniels not worried about weather forecast for Saturday 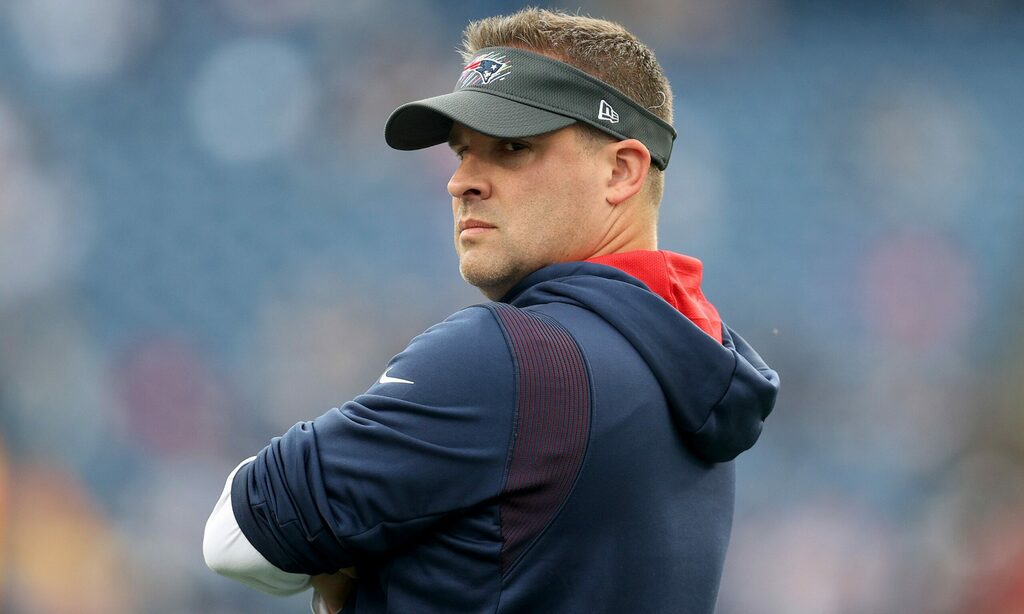 The last time the New England Patriots and Buffalo Bills met in Highmark Stadium — weather was a major storyline in the game. With freezing temperatures and high winds, it made life difficult for both teams as they were unable to pass the football consistently.

For the Patriots, running the football was the focal point of the game plan as a result. They succeeded, rushing the football 46 times for 222 yards. Damien Harris was the leading rusher in that game. He carried the ball 10 times for 111 yards and a touchdown, averaging 11.1 yards per carry.

It was not a productive night for quarterback Mac Jones. He only threw the ball three times, completing two passes for 12 yards. New England made history in the process. The one pass attempt in the first half was the fewest by a team in at least the last 30 years.

Weather and temperature was a subject in the Patriots media availability on Wednesday. In what is expected to be a cold evening, Patriots offensive coordinator Josh McDaniels does not think weather will be a major factor in terms of the game plan, as transcribed by Zack Cox of NESN.com.

“Look, the temperature will be what it will be,” McDaniels said. “We’ve certainly played and practiced in cold weather. Maybe haven’t practiced in that type of weather yet this year, but I’d say it’s been below 20 degrees at times. So it is what it is. You’ve got to dress appropriately for it and go out there and coach and play. I don’t think the temperature really has much to do with the passing game. That would certainly be more relative to precipitation and wind than it would the degree that we’re dealing with.

“It’s just more of a mental thing than anything else. Our guys are used to practicing and playing in whatever the conditions are up here in New England, and we’re going to be ready to go. Whatever the good Lord has for us on Saturday night, we’ll be ready to go, and we’ll try to do the best things we can to help us win the game.”

The Patriots will face a challenge against Buffalo on Saturday night. However, they will not let the weather get to them.