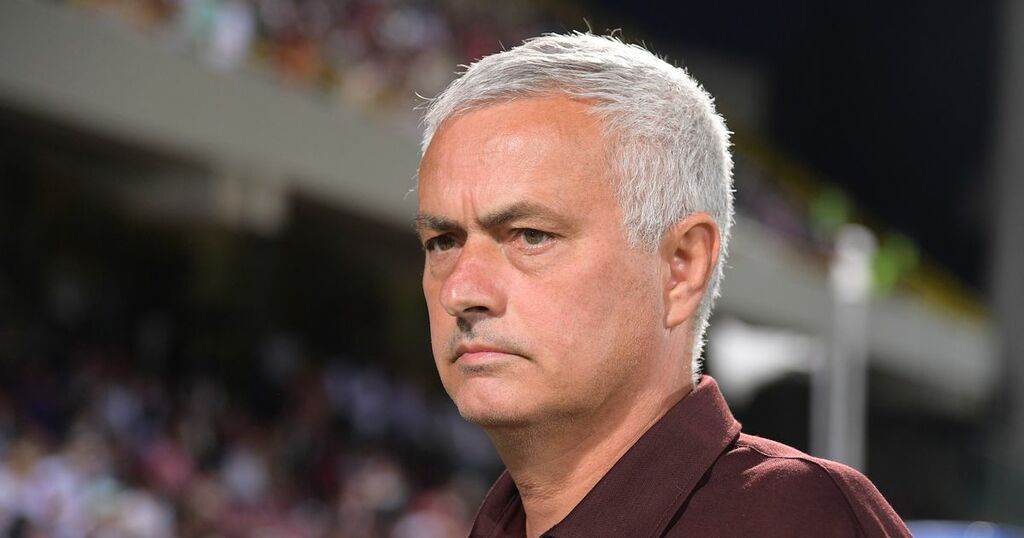 There will be a landmark moment this weekend for one of the most important Portuguese men in the history of world football.

And also, Cristiano Ronaldo made a second debut for Manchester United.

Over in Rome on Sunday night, Jose Mourinho will take charge of his 1000th competitive, professional football match as a manager.

He will fancy his chances of making it three Serie A wins from three matches against Sassuolo in the Stadio Olimpico.

Considering everything that is occurring in football and sport, in general, right now, Mourinho’s achievement has gone under the radar.

But it IS an achievement.

And it was recognised by the League Managers Association, Sir Alex Ferguson welcoming Mourinho into the LMA Hall of Fame 1000 club, whose membership now totals 33.

Mourinho is in there alongside some of the greats. Fergie himself, Wenger, Neil Warnock.

No, joking apart, reaching this mark at such a relatively young age, 58, is hugely significant.

His reaction was almost humble. Almost. But in the end, he just could not help himself.

“(This) … is an achievement I am proud of and I thank the LMA for remembering this milestone and the many matches my teams have won during this time.”

Quite how he stopped himself short of listing the 25 trophies is a mystery.

But set aside the bragging and shortage of humility, set aside whatever character faults you might identify, and it is hard to think of a club manager who has had a bigger influence Europe-wide in such a long career.

It is not just the trophies.

In many ways, Mourinho has set the template for the modern manager, which is ironic in that so many of us consider his ways to be outdated.

But, like it or not, he has done more than anyone to create the cult of the super-coach - the multilingual, media-savvy, impeccably-connected, cosmopolitan manager.

And with that cult has come the cash. Who, a couple of decades ago, would have envisaged a manager getting paid £25million a year or more?

It is not all Jose’s doing, of course, and a manager such as Pep Guardiola could point to his remuneration being purely reflective of his success on the pitch.

But Mourinho has played a big part.

And the reason why Mourinho will be able to reach more milestones is that he brings interest and intrigue, if not guaranteed success, to a club.

You can be sure that will be the case out in Rome, where a promising start might turn into another successful stint at a European institution - or it might end in acrimony.

But that is Mourinho for you.

Now in the Eternal City, he remains an eternal fascination.

If a Sunday League game is cancelled because there is no referee available, we know who to blame.

If a referee decides, after a game this morning when he is verbally or/and physically assaulted, that he is jacking it in, we know who to blame.

Those who believe Chelsea’s players will stop intimidating officials because the club has been fined 25 grand for their ugly dissent towards Anthony Taylor during the recent draw at Anfield.

It would have been more painful if you had hit one of them with a balloon on a stick.

Not that any of the players are forking out. And if they were, it would be a handy way of getting rid of loose change.

It is a pathetic punishment, sending out a message that giving refs pelters is fine.

Presumably, as a verdict of a so-called independent panel, the Football Association could have appealed against its leniency.

That they did not do just that does the game a disservice.

Good luck getting a referee today.

National representation does mean a lot

The debate about a bi-annual World Cup will drag on and on but one thing is indisputable.

For sportsmen and women, nothing beats the thrill and pride in representing your country. Nothing comes close.

If you are in any doubt, just check out the pictures of Lionel Messi, in tears as he paraded the Copa America trophy - won in the summer in Brazil - in front of a Buenos Aires crowd after scoring a hat-trick in a World Cup qualifier against Bolivia.

But the outpouring of emotion showed just how much both the record and the trophy-parading meant to the world’s greatest player.

You can argue about the international calendar all you want … but never underestimate what pulling on a national jersey means to these men and women.

There are not many out there who still have doubts about the job Gareth Southgate is doing.

You might wonder why he did not use a substitute when defending a slender lead in Warsaw but that he is proving to be a great England manager should be pretty much beyond question.

And his influence beyond that should be acknowledged.

He is certainly not alone but Southgate has long been one of the key figures at St George’s Park since it opened in 2012, having moved there as under-21 manager soon after.

There were sceptics about the value of a national football centre and there have been some ups and downs in the nine years that have followed.

But in the international break that has just passed, the results of the England’s men's teams reads: P8 W5 D3 L0 GF21 GA4.

Some people down in Burton are doing something right - and Southgate is amongst them.

Riyad Mahrez has been banned from driving after being caught driving at 120mph on the M6 in the Midlands.

Good. But 120mph on the M6 in the Midlands? How on earth didn’t he manage that?

Most people would settle for 12mph.