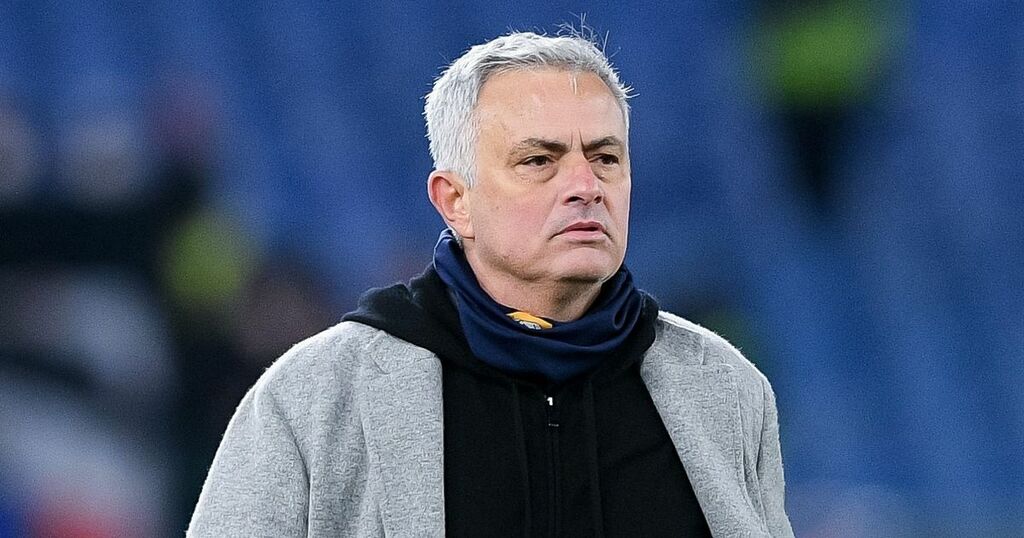 Roma's owners held showdown talks with Jose Mourinho on Monday following the 4-3 defeat to Juventus at the weekend.

Mourinho's side were 3-1 ahead and cruising at the Stadio Olimpico before capitulating and conceding three goals in seven minutes.

Juventus even had Matthijs De Ligt sent off with just under 10 minutes of normal time remaining but Roma were not able to draw level after being stunned by the comeback.

The loss was Mourinho's ninth at the helm in his 21 games in charge thus far, and pressure is beginning to mount on the former Chelsea, Manchester United and Tottenham boss.

Will Mourinho prove to be a success at Roma? Have your say in the comments below.

Already he has eight points less than predecessor Paulo Fonseca had at this stage last season and has presided over Roma's worst start to a campaign in 43 years.

However, Roma chiefs have no intention of sacking Mourinho at the moment, reports Il Corriere dello Sport (via Football Italia), despite meeting with him to discuss the club's progress and vision.

Mourinho is said to have outlined his thoughts on the team and a detailed plan to take the next steps in their development.

That was backed by Roma's hierarchy, who are happy to proceed with Mourinho in the dugout, even though the club are now nine points off the coveted Champions League places, with fourth place Atalanta also possessing a game in hand.

The report adds that Mourinho is well liked among the core leaders in the Roma squad, who are 'fascinated' by his charisma, even if his post-match interviews risk upsetting the apple cart.

Mourinho didn't hold back on his players after throwing their lead away against Juventus, blasting them as "weak".

"We were in total control for 70 minutes," the Portuguese manager told DAZN, per Football Italia. "The team played really well and had the mentality of taking control, we came out and started strong.

"We had this idea of the high press, of controlling the tempo and taking the initiative.

"It was so good for 70 minutes, then there was this psychological collapse.

"When we allowed them back in for 3-2, a team with a strong mentality like Juventus, a strong character. The fear set in. A psychological complex. It’s not a problem for me having 3-2, it’s a problem for them. For my team.

"At the end of the day, when you’re in the s***, you get back on your feet and find your character.

"But there are people in this locker room who are a bit too nice, a bit too weak."

Among those in Mourinho's line-up was Ainsley Maitland-Niles, who completed his loan move from Arsenal in time for the fixture, but was slated by the Italian press for his performance.

Mourinho didn't escape criticism from the local media either, who are beginning to take aim at him over his tactics and recent poor displays.

And the Special One has been warned his wild accusations could cause big "problems" inside the Roma dressing room is he's not careful.

“Mourinho is right when he says that the team has personality issues, but we must say that he hasn’t handled things properly,” ex-Serie A defender Daniele Adani said on Twitch show Bobo TV (via FI).

“He could have caused some problems as well with some statements and I don’t think new signings will help much."

Adani added: "Maitland-Niles won’t make the difference, but I don’t think he was the main problem against Juventus.”