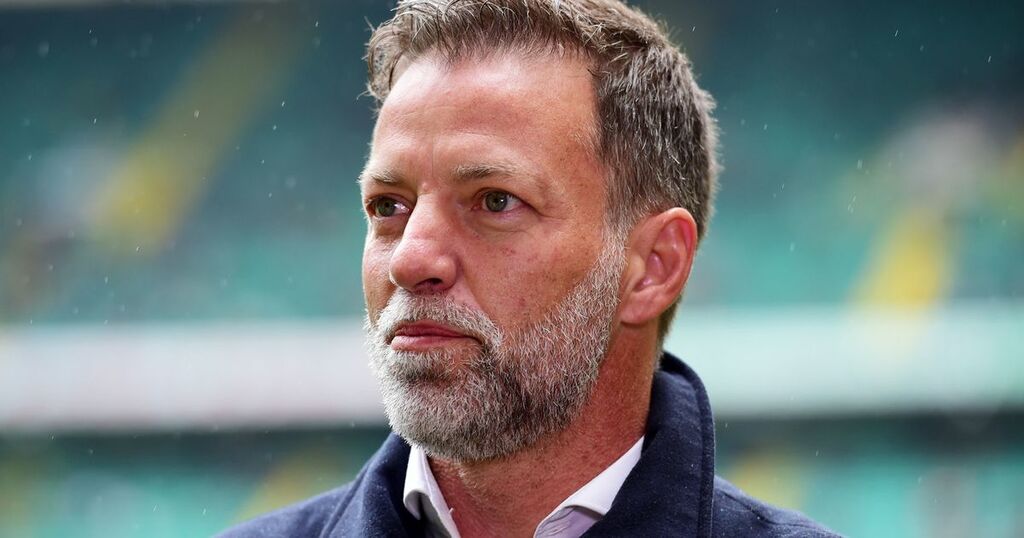 Jorge Cadete was part of Celtic’s “Three Amigos” who got Parkhead fans off their seats 25 years ago.

But when he returned to Glasgow a couple of years ago, the former Hoops striker didn’t feel the same anticipation in the stands.

Cadete played in a thrilling, dynamic trio with Paolo Di Canio and Pierre van Hooijdonk in an attacking style adopted by then boss Tommy Burns.

Current gaffer Ange Postecoglou is trying to do something similar but still has a long way to go after only arriving in the summer.

And Cadete hopes a fellow Portuguese can help him achieve it by exciting the supporters again.

On-loan Benfica winger Jota has been one of Postecoglou’s stand-out signings so far. He bagged the winner against Aberdeen at Pittodrie last weekend and is already a fans’ favourite at Parkhead.

Cadete believes the 22-year-old is giving Celtic what they’ve lacked at times in the past two seasons – genuine attacking flair.

And if Jota continues to impress, his compatriot believes good times can return to Glasgow’s east end.

He said: “Jota is a very good young player. He belongs to Benfica and has a lot of talent.

“But I really hope he continues to do well for Celtic, scores goals and helps the team achieve things.

“He’s exciting. The fans get off their seats when he has the ball. The Celtic supporters want that.

“They deserve to have great players in the team who excite them. They’re used to seeing good football.

“Jota is only 22 so he has so much potential and talent.

“I know what the Celtic fans like more than most players because of the time we had with Di Canio and Van Hooijdonk.

“It was exciting and the last couple of years haven’t been like that.

“I’ve watched some games at Celtic Park and it doesn’t seem to be like it was 25 years ago when we were there.

“Back then the fans were so enthusiastic and they lifted the players. But they were also watching players who were exciting.

“It can turn again and a player like Jota will help with that.

“One thing that surprised me the last time I was in Glasgow for a game was the lack of singing. When I was there 25 years ago, the
supporters were singing for the full game. They didn’t stop.

“But now it’s only sometimes when there’s a goal or something like that.

“I asked my friend Simon Donnelly why the fans weren’t the same, why they didn’t have the same enthusiasm?

“But maybe it’s because they haven’t had those exciting players like we had.

“Now they have Jota and the Japanese player Kyogo Furuhashi so they’re getting excited again.

“I just hope it stays that way for the whole season because I want them to be happy at the end of it.”

Celtic have an option to buy Jota at the end of the season for a fee believed to be around £6million.

That could be a hefty price tag, especially if Postecoglou’s side fail to make it into the Champions League next year.

But having previously forked out big money for loan stars such as Fraser Forster from Newcastle and Odsonne Edouard from PSG, they were then sold for even more cash.

And Cadete believes there’s the same potential for that happening with the young Portuguese wide man.

He said: “It’s too early to talk about the value of Jota if Celtic want to buy him. It’s normal for clubs when they loan a young player abroad, they fix the buy clause at a high price.

“Jota has been mentioned at six or seven million Euros.

“But after the season, this figure is normally not the same as it was before. It might well be lower than that by then.

“I’d like Jota to stay at Celtic in the long-term because I think it can be good for both parties. The Celtic supporters have an exciting player so it keeps them happy.

“And for the player he can develop even more in Scotland for the next two or three years. He can show all the qualities he has.

“Celtic had players like Forster and Edouard on loan before they bought them for a lot of money.

“But eventually, they sold them on for even more. So it helped the club financially.

“When you play for a club like Celtic, teams all over the world are watching you.

“And it’s not an easy place to play so you can impress. It can be the same for Jota.”

Cadete was last in Glasgow before the coronavirus outbreak almost two years ago but still yearns for the love he felt from Celtic’s fans back in 1996 when he arrived from Sporting Lisbon.

He said: “I miss the Celtic supporters a lot. I was over in Glasgow just before the pandemic back in March 2020.

“And I’m hoping to be back over to see a game very soon.”