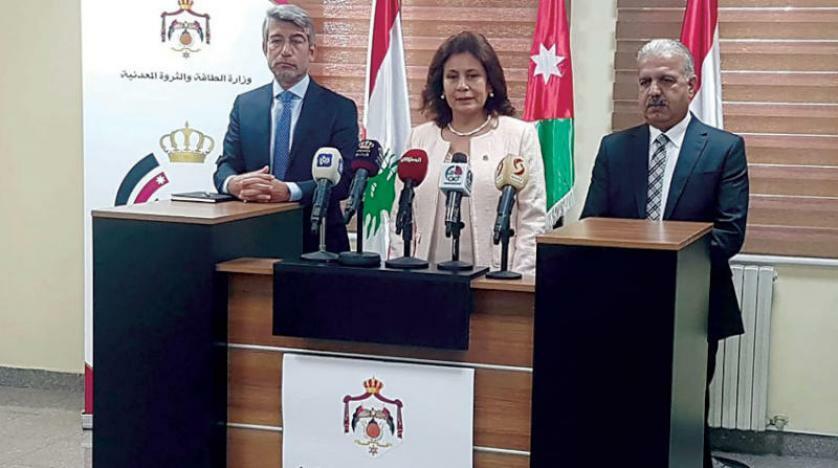 Jordan hosted on Wednesday a ministerial meeting that discussed the need to provide Lebanon with electricity through Syria and Jordan.

Khasawneh stressed the importance of supporting Lebanon in light of its current exclusive economic challenges by providing it with the energy needed through Jordan and Syria.

He further underscored the need to bolster joint cooperation to serve the interests of the three countries and focus on the practical steps taken on the ground to accelerate the delivery of Egyptian gas and electricity to Lebanon through Jordan and Syria.

The ministers agreed on an action plan and a timetable to restart the electrical interconnection line between Jordan and Syria, conduct all technical studies and prepare the necessary agreements to carry out the supply process.

The meeting aims to “help our Lebanese brothers meet part of their electrical energy needs and overcome the obstacles they have been facing in their energy sector,” Zawati explained.

Jordan, Egypt, Syria and Lebanon has earlier held a meeting to discuss delivering Egyptian gas to Lebanon via Jordan and Syria, reducing the costs of generating electric power in Lebanon and ensuring the continuous gas supply to the Deir Ammar power station.

Zamil, for his part, reiterated Syria’s keenness to cooperate with Jordan and Lebanon.

He revealed that all measures are being taken to supply Lebanon with electricity through Jordan using the Syrian grid.

“The three ministers agreed on a roadmap to overcome technical hurdles, while our next step focuses on financing the agreements through the World Bank,” he noted.