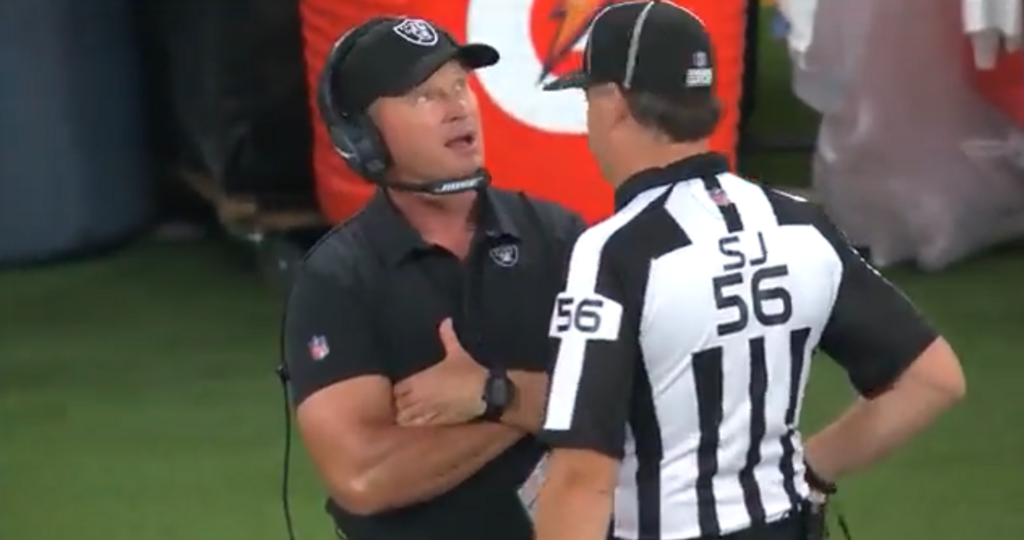 You’d think that a domed arena like SoFi Stadium would be impervious to weather delays, wouldn’t you?

Before Monday Night Football kicked off between the Los Angeles Chargers and the Las Vegas Raiders, the game in California was delayed due to lightning and storms in the area. It’s already unusual to have a thunderstorm in the Los Angeles County area, but it’s another thing entirely to see the start of a football game delayed by lightning when said game is taking place under a roof!

To be fair, SoFi Stadium isn’t actually enclosed in the way you’d think a domed stadium would be, as the sides of the stadium are open. Even that small amount of exposure to the elements prompted the officials to delay the game for approximately a half hour as the storm passed.

Since people are firing off bits at a truly breathtaking rate: SoFi Stadium has a roof, but the sides are open. (See: yellow circle.) There is lightning in the area, hence the danger. pic.twitter.com/gKNCdkvx8a

The best part was Raiders’ head coach Jon Gruden’s reaction to being told of the delay, as his bewildered expression upon gazing at the roof above says it all.

As you’d expect, however, NFL fans were just as confused as to the delay and spent the time waiting for the game to begin by cracking jokes at the $5 billion stadium’s expense.