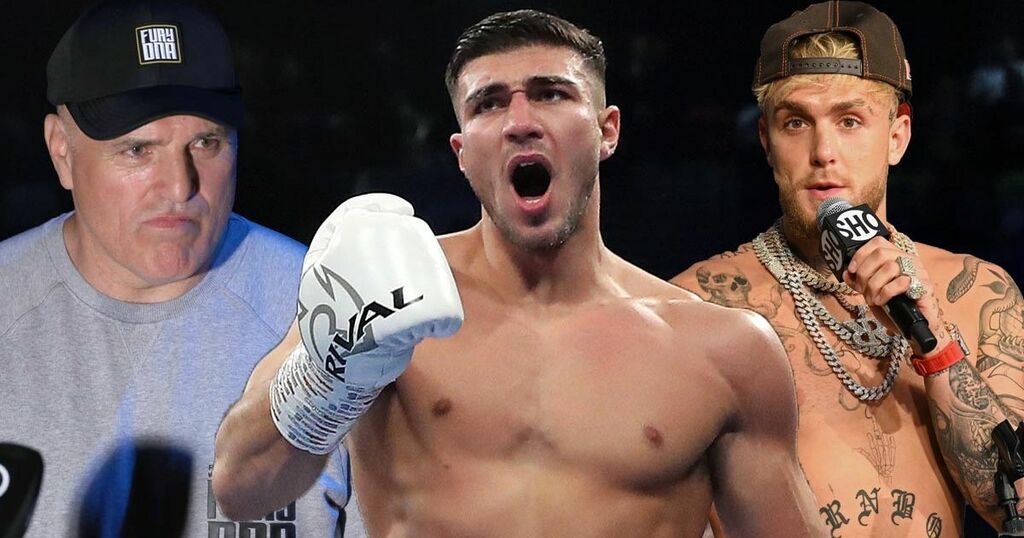 John Fury has vowed to smash son Tommy "to bits" if he loses to Jake Paul in a long-awaited bout.

Tommy previously rejected an offer of $1 million to fight Paul, who has broken onto the boxing scene in recent years following YouTube stardom.

But promoter Frank Warren has confirmed that talks are now progressing between the parties with the aim of meeting inside the ring.

Both fighters are unbeaten and Tommy's world heavyweight champion brother, Tyson, has also weighed in on the debate, further upping the ante of the potential fight.

Tyson, who will fight Deontay Wilder for the third time in the early hours of Sunday morning UK time, told Boxing Social : "I think the fight needs to happen – Tommy and Jake will get the fight done."

"If Tommy can’t splatter Jake Paul, I’ll retire him from boxing myself. If he can’t beat Jake Paul, forget about boxing.

"Because he’s got ambitions of being a world champion, never mind beating some YouTube guy," the 33-year-old explained.

"But Tommy – his name’s Fury. If he can’t beat Jake Paul, I’ll have to change his name."

Father John followed his older son's comments by telling talkSPORT Breakfast : "Tommy is over there [in Las Vegas] giving his support [to Tyson]. He’s got his own thing that’s going to be going on shortly with this Jake Paul fella.

"Tyson said if Jake Paul beats him, he’s got to change his name because of some stupid stuff – which he should do! If he can’t beat Jake Paul I’ll smash him to bits with a bamboo stick myself," he vowed.

John revealed that contract details are now being discussed after Paul responded to Tyson's remarks, offering Tommy an additional $500,000 if he were to come out victorious.

But the YouTube sensation added in a catch if the 22-year-old were to lose.

"However, if you lose, you have to change your name for one year to 'Tommy Fumbles'.

"Deal or no deal? I’m putting the money up, are you confident? Sign, seal, deliver it."

He then posted an Instagram story of a contract and captioned it by asking: "Tommy, do we have a deal?"

Paul received a rapid video reply from the light-heavyweight, saying: "Do we have deal? Get that sent over to my lawyers, ASAP, right now.

"We’ll get that looked at and sorted because there’s not a chance in hell you’re winning this fight.

"You’re leaving on a stretcher, you’re getting knocked spark out. Get it over to me now."