Former deputy premier John Barilaro has been told to prepare for a grilling about his girlfriend's job at Investment NSW later this week, as the saga into his appointment to a lucrative trade position continues.

Yesterday, Mr Barilaro faced a parliamentary inquiry into his appointment as the state's Senior Trade and Investment Commissioner to the Americas — a prestigious job based in New York which he has since withdrawn from.

During his evidence yesterday, Mr Barilaro said he had spoken to Premier Dominic Perrottet, then-trade minister Stuart Ayres and Treasurer Matt Kean about how he wanted the $500,000-a-year role.

He also told the inquiry he recommended his former media advisor, who later became his girlfriend, Jennifer Lugsdin, for a role at Investment NSW last year.

Mr Barilaro told the inquiry he was not in a relationship with her while he was deputy premier, or in cabinet.

He stepped down from politics in October, 2021.

Investment NSW was, initially, the government body charged with hiring for the New York job, as well as several similar posts around the globe.

Investment NSW CEO Amy Brown, who returned to the inquiry yesterday for a third time, said she remembered a call from Mr Barilaro in which he said Ms Lugsdin was looking for new opportunities.

She said Mr Barilaro didn't make any comments about a relationship with Ms Lugsdin, and, she was awarded a contract with Investment NSW in August 2021.

It was also revealed that Ms Lugsdin had advance warning of when the New York job was going to be advertised.

She was included in an email chain sent on December 9 which stated Mr Ayres — who was trade minister at the time — was keen for the US role to be advertised "this year".

It was formally advertised on December 17.

Mr Barilaro was told to prepare for questioning about Ms Lugsdin's employment when hearings resume on Friday.

"Someone you were in a relationship with … was clearly aware of the various processes associated with the advertising and the nature of [the US trade] position," Labor's Penny Sharpe told him at yesterday's hearing.

Mr Barilaro said Ms Lugsdin wasn't working at Investment NSW when he applied for the job in January 2022 as her short-term contract ended in December 2021.

Last week, Mr Ayres resigned from his portfolios and leadership position after a separate review into the appointment raised concerns about his potential role.

Today, Liberal MPs are set to determine who will become the party's new deputy leader.

Transport Minister David Elliott yesterday announced he would not contest the position, after a discussion with the Premier, who "laid down his demand for unity".

"Dominic [Perrottet] said to me that he'd prefer not to have a ballot, he certainly didn't tell me to withdraw," he said.

"I think it's in Dominic [Perrottet's] best interests for us to have some unity for the parliament over the course of the next eight months as we go to an election.

"Yes, I'm disappointed. Yes, I've had to eat humble pie … I've had to say to the Premier, you're the boss."

Mr Elliott's withdrawal leaves Treasurer Matt Kean as the only declared candidate for the deputy role after he confirmed his intentions yesterday.

"I'll be sticking my hand up and it's up to colleagues to determine whether or not they think I've got the credentials to support our leader and to support our party at this time," Mr Kean said.

"I welcome other candidates putting themselves forward."

Mr Kean also ruled out any leadership challenge to the Premier.

"I want to go to an election where Dom Perrottet takes forward the Liberal Party and our strong, positive plan for the future up against [Opposition Leader] Chris Minns," he said. 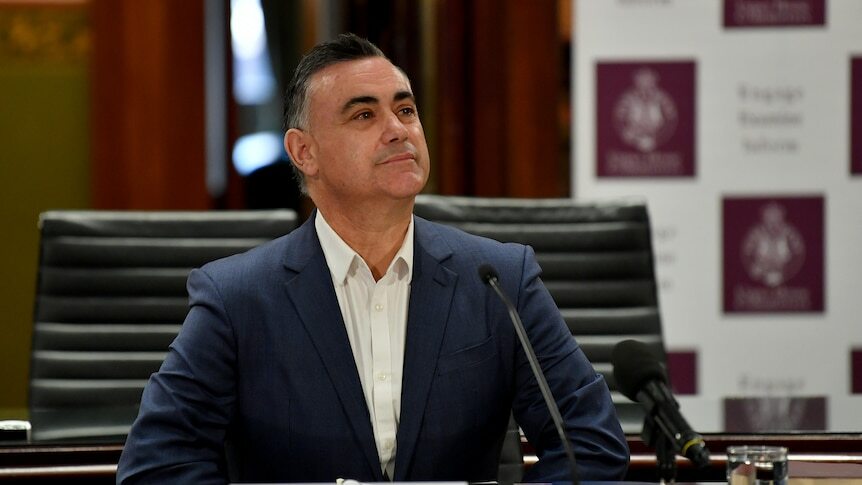 ABC News
From analysis to the latest developments in health, read the most diverse news in one place.
‘Shitshow’ over John Barilaro’s NYC appointment keeps sucking the NSW government in

Determining the circumstances that led to John Barilaro landing a cushy New York trade role has become "ridiculous", according to…

AAP
John Barilaro fronts parliamentary inquiry into US trade job, as it happened

AAP
One place to find news on any topic, from hundreds of sites.
Treasurer Matt Kean elected unopposed as NSW deputy Liberal leader