The man appointed to fill a senior government trade job in London said former New South Wales deputy premier John Barilaro told him he had “reached an agreement” with then-treasurer Dominic Perrottet to supplement the role’s salary with living expenses, an inquiry has heard.

The upper house inquiry probing a series of government trade appointments resumed on Thursday and heard evidence from Dr Marianne Broadbent, a senior partner with the recruitment firm charged with helping the government fill the roles.

The inquiry was called to investigate the now-abandoned appointment of Barilaro to a senior trade role in New York, but has shifted its focus to also examine former NSW Business Chamber chief, Stephen Cartwright, and his installation to the London position in mid-2021.

The inquiry has previously heard evidence from the head of Investment NSW, Amy Brown, that Cartwright was added to the hiring process for the position “late” after another preferred candidate had already been identified.

Brown has previously described a “protracted” and “difficult” contract negotiation with Cartwright who, she said, seemed to believe he had an “elevated status” and an “eye-watering” salary expectation of about $800,000.

On Thursday, Broadbent told the inquiry that she was asked to meet with Cartwright by then-treasury secretary, Mike Pratt, in about February 2021, after the selection panel for the position had already settled on the first preferred candidate, Paul Webster.

Broadbent told the inquiry she met with Cartwright shortly after, and during that meeting he told her Barilaro, who was then the trade minister, had suggested he apply.

“My recollection [is that] it had been suggested to him that he might consider the role … by the deputy premier,” she said.

Broadbent also told the inquiry that Cartwright was then interviewed for the job and replaced Webster as the preferred candidate because he was “more familiar” with the NSW business community.

After he was selected as the new preferred candidate in late March 2021, Broadbent told the inquiry she commenced salary negotiations with Cartwright.

She confirmed to the inquiry that he sent her an email in which he said Barilaro had told him a series of expenses above his salary would be “taken care of” by the government.

The email, first reported by the ABC, claimed that Cartwright had “a very frank and open discussion” with Barilaro about his “circumstances” which included a previous pay package of “over 800k”.

Cartwright wrote that Barilaro had told him the “current package on offer was not attracting the right calibre of candidate” and he (Barilaro) and Perrottet had “reached an agreement” to accommodate Cartwright’s living conditions.

“Apart from improving the base salary package (he mentioned low 5’s) he indicated (privately of course) that he and the Treasurer had reached an agreement that the cost of suitable family accommodation (including cleaning etc) in an inner suburb of London could be taken care of by the NSW govt outside of the Salary package,” Cartwright wrote.

“[Mr Barilaro’s] parting words were, ‘you come back and tell us how it can be made to work for you’.”

A spokesperson for the premier said Perrottet “did not play any role in the salary and expense negotiations for the agent general role and did not discuss the matter with Mr Cartwright”.

“Decisions on salaries and expenses with respect to the senior trade and investment commissioner roles, including the agent general, are a matter for the public service,” the spokesperson said.

“As the treasurer, Mr Perrottet was provided updates with respect to the progress of the agent general recruitment process by both NSW treasury and the former trade minister as part of the normal course of government with the role ultimately going to cabinet.”

The inquiry also heard evidence on Thursday from Warwick Smith, who sat on the selection panel for both the New York and London positions.

Smith told the hearing he “wasn’t happy” when he learned he had been asked to sign off on Barilaro as the successful candidate for the New York job without seeing an original selection panel report prepared by NGS Global, saying he felt “bypassed”.

Smith said he was “surprised” when he learned the “self-described Crocodile Dundee of Queanbeyan wanted to go to New York”. He said while he believed Barilaro could have done a good job, there were talented candidates who could have done better.

“My sense is that the political life is a life that can be a great contributor in the business world, and for our communities, in a post-political environment,” he said

“It always depends on the individual. But to just come out of political life and be rescued straight into a job that you may not fully be appropriate for is not it’s not a good thing, because then it diminishes those roles and it diminishes the political process.”

The Guardian revealed on Wednesday that documents released as part of the inquiry showed a senior official inside Investment NSW had urged colleagues to keep records of all documents relating to Cartwright’s appointment in case “someone needs to review what happened”.

Cartwright has previously said “any questions relating to statements made in the NSW Upper House Inquiry should be referred to Investment NSW”.

Guardian Australia has sought comment Barilaro about the email. 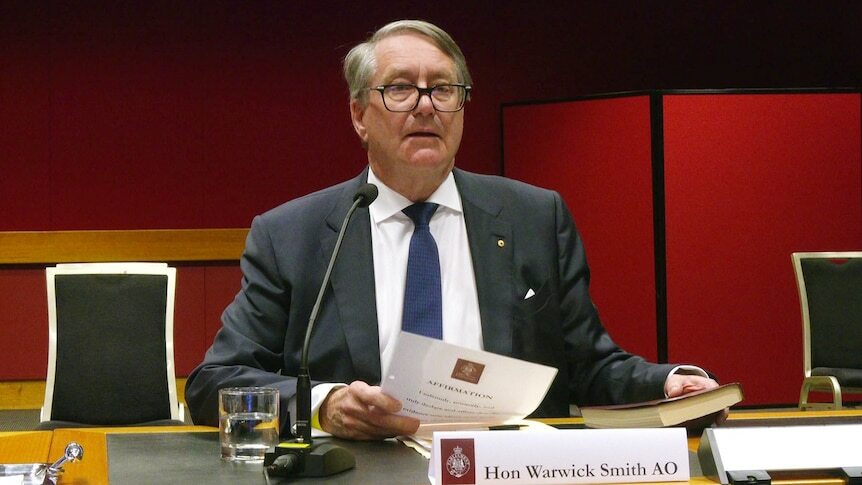 Inquiry into John Barilaro US trade job hears from recruiter and selection panelist, as it happened
Warwick Smith tells an inquiry he was "surprised" to get an email in June this year saying John Barilaro was…

ABC News
From analysis to the latest developments in health, read the most diverse news in one place.
Five issued raised from review into John Barilaro's US trade job

In an email to the recruitment agency, Stephen Cartwright claimed the NSW treasurer and deputy premier at the time were…

Former NSW deputy premier John Barilaro was not the right choice for a US trade posting, a member of the…

Exclusive: Investment NSW official asked if all documents relating to Stephen Cartwright could be easily found by a future review