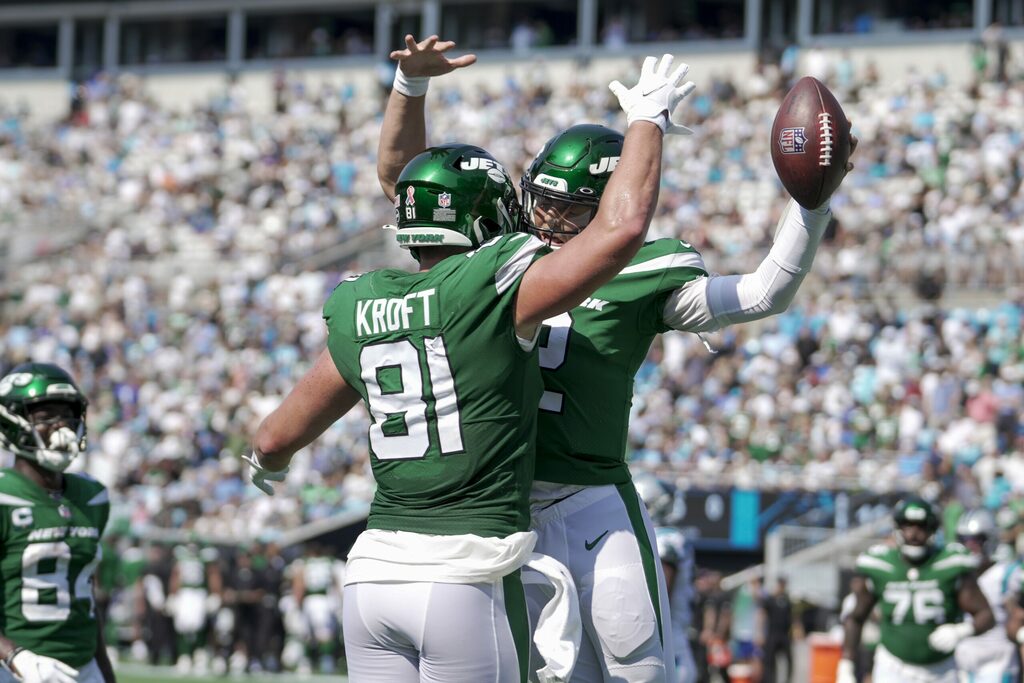 Coming off of a tough defeat at the hands of the Miami Dolphins, the New England Patriots will travel to take on the New York Jets for a Week 2 matchup in the Meadowlands.

New England opened the week as 3.5-point favorites and have since garnered some respect among books and bettors. According to Tipico Sportsbook, the Patriots are now 5.5-point favorites over the Jets in this game.

Tipico also New England as considerable favorites on the money line as a Patriots’ victory is currently set at -250 but don’t expect a high-scoring affair with the total set at 42.5 points.

The two teams both suffered disappointing losses in Week 1, but their rookie quarterbacks showed some flashes at times. Unfortunately for the Jets, however, they lost safety Lamarcus Joyner potentially for the season, and left tackle Mekhi Becton is expected to miss four-to-six weeks as well.

New England may be missing right tackle Trent Brown who left the season opener after the first series with a calf injury, so both teams will be without their largest offensive linemen.

While New England may be favored, this match-up will probably be a close one and will be exciting for fans to watch two young quarterbacks dual.

Gannett may earn revenue from Tipico for audience referrals to betting services. Tipico has no influence over nor are any such revenues in any way dependent on or linked to the newsrooms or news coverage. See Tipico.com for Terms and Conditions. 21+ only. Gambling problem? Call 1-800-Gambler (NJ), 1-800-522-4700 (CO).