Cassidy Davis has welcomed Western United's addition to A-League Women (ALW) and with it the potential for more games at the elite level.

The home-grown Newcastle Jets captain is eyeing her 10th season in the national league and would love to see the competition expanded to a full home-and-away format while she is still playing.

Teams went from having 12 competition games to 14 last season when Wellington Phoenix joined the league.

Central Coast are also working with the Australian Professional Leagues and Football Australia on an ALW submission.

"I've said before we need a bit of a change in the competition and even bringing in one team is a change, so it will be nice to have Western United come in and hopefully the Mariners as well," Davis said.

"It only creates more competition for everyone and that's where we want to go. You can see that each year there's little changes, whether it's a minimum wage or whether it's another team.

"That is hopefully going to keep happening each season and it's just going to make the competition better and better each year and to where it needs to be eventually, in line with the men and hopefully equal pay."

The Jets announced last week Ash Wilson would coach their women's team for a third campaign but are yet to reveal any player signings for 2022-23.

Davis would no doubt be top of the list as the club begins their recruitment process after the versatile 27-year-old dominated the club's awards last week, taking home the Player Of The Year, Cheryl Salisbury Award and Member's Player of The Year.

"It was a bit of a surprise," Davis said. "You don't really expect to get that many awards. It's a nice feeling but it's not the same if you haven't won a trophy yet.

"I'd definitely much rather a finals appearance or the trophy at the end. But I try to look at these awards as they're still team awards for me. At the end of the day, someone has got to win them but they still come from the team. The team help you play better and the team and coaching staff help you to get on the pitch."

The long-serving Jet floated between centre-back and midfield as needed and was one of Newcastle's most dependable players, finishing the season by making a record 111th consecutive appearance in the league.

"I felt like I came into pre-season fairly fit and my preparation definitely helped," Davis said.

"I did a lot of running leading into pre-season so I was feeling good in terms of fitness and that helps with injury, so I guess I started well in terms of that and felt like I was training well."

For the moment, she has turned her focus to the NPLW Northern NSW.

Davis has returned to the league and Warners Bay after two seasons playing for Manly in NPLW NSW.

"It's exciting to be back playing here and I'm enjoying it," Davis said. "That's all I want to do, enjoy myself, and I just love being back with everyone there.

"It's good competition with good players around and everyone has recruited well. The majority of teams can beat each other. That's only going to add to the excitement of the competition towards the end of the season and who's fighting for those top spots.

"It's twice a week training so I've had a bit of time to relax and focus on other things. Soon I'll start ramping the training back up and getting ready for another A-League season."

Davis is relishing a more advanced midfield role with the Panthers, who are top of the points table heading into round 10 this weekend, after playing centre-back for Manly. She has also enjoyed getting back on the scoresheet with three goals in six appearances.

"I've got a couple of goals, probably not as many as last time I played, but we've got a few other goalscorers up top," Davis said.

One of those is former national league striker Adriana Konjarski (nee Jones), who has scored 23 goals in eight games.

Her lethal form could put Konjarski in the frame for an ALW return.

"She's standing out in the local competition and I think everyone that stands out deserves a go," Davis said.

"It depends on what Ash wants to do with her recruitment, but if AJ's keen I think she deserves a chance.

"She's been really good for us and she's in a good space. She's happy and she's enjoying it and you can see that on the pitch with the goals she's scoring."

In other round-10 action this weekend, Adamstown play Charlestown and Maitland host Broadmeadow. New Lambton and Mid Coast are set to play a Saturday-Sunday double-header. 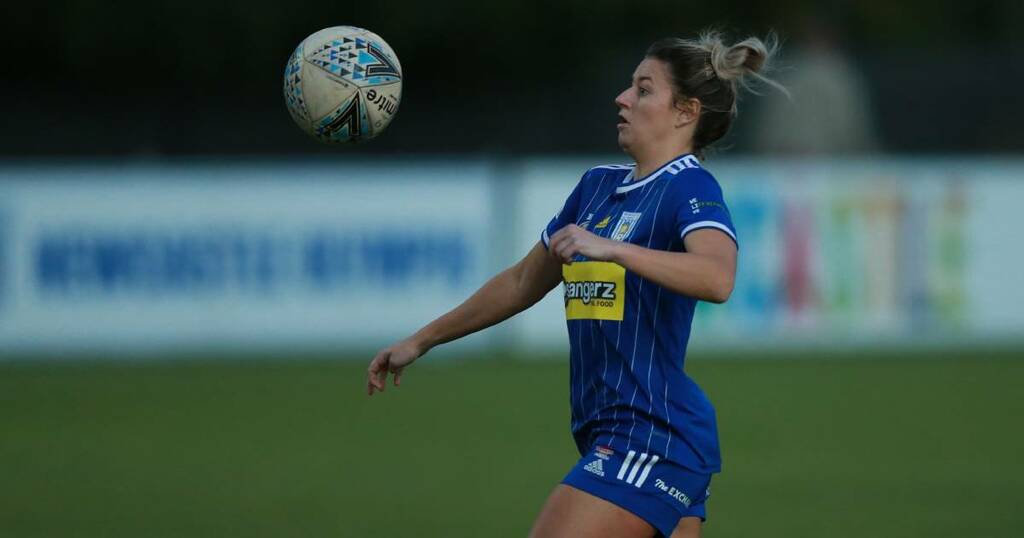 Olympic outgun Warners Bay, Azzurri too good for Rosebud in round 10 of NPLW NNSW
Jemma House was prolific in her first start of the season.

Hannah Brewer is expected to play in the double-header.