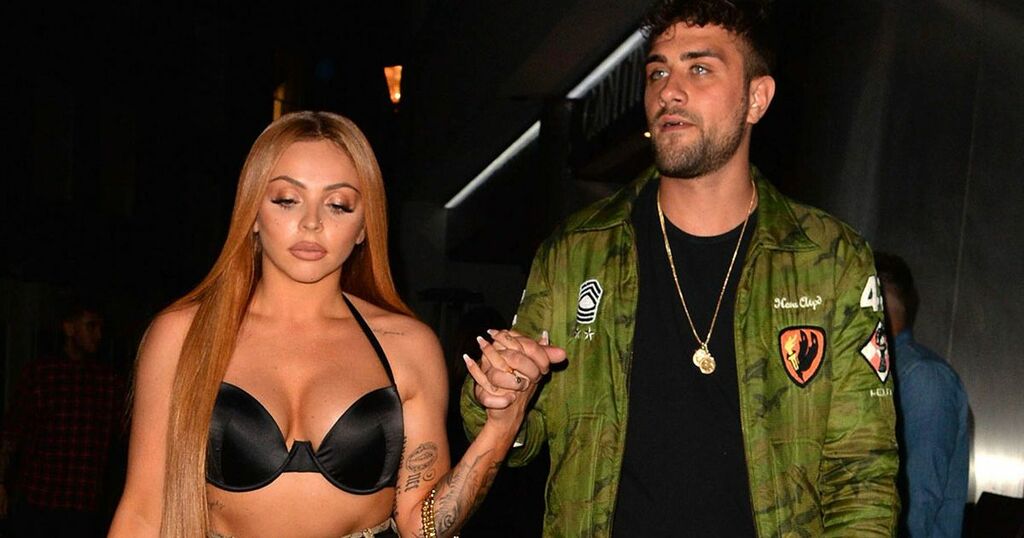 The loved-up duo were spotted walking around the sun-soaked city, with Jesy seen stroking the musician’s face as he smiled at her.

Jesy, 30, looked captivated by Harry as they queued up for breakfast at the Urth Cafe in West Hollywood, and they also stopped off at Cookies' Cannabis Dispensary, before heading back to their hotel in Santa Monica, in the snaps obtained by The Sun.

The former Little Mix singer rocked a basketball-inspired look for the scorching day in LA, wearing a pair of long black shorts and a bra top, accessorized with a black bucket hat to keep the sun off her face.

Jesy and Harry were recently spotted on a luxury holiday in Antigua, sparking rumours that the couple had reunited more than three years after they originally split.

They were together for more than 16 months after meeting in 2017, and even shared the singer’s Pomeranian, Reggie, together.

But Jesy’s busy schedule with Little Mix reportedly put pressure on the relationship, and the pair called it quits.

She then embarked on an on-again/off-again romance with Our Girl actor and model Sean Sagar, but they split earlier this year, with reports that Sean had since joined celebrity dating app Raya.

She quit Little Mix in December last year, after candidly sharing her mental health struggles, and Jesy is about to launch her solo career with the release of her debut single, Boyz.

While in Los Angeles, she’s heading to the studio, along with boyfriend Harry, as she works on her solo material.

The reunion has surprised fans, as Jesy stated in an interview with the Guardian last month that she was done with relationships and wanted to stay single as she focused on her career.

“I like waking up and knowing this day is just for me and I don't need to worry about anyone but me. I'm really not looking for a relationship any more,” she stated.

“'Part of me feels I should be single forever because in relationships you have to sacrifice so much,” Jesy added.

The singer first sparked rumours that she’d reunited with Harry back in March, when she shared a picture of her takeaway food order from sushi restaurant Roka, with her formerly ex-boyfriend also sharing a similar snap on social media.

According to insiders, Jesy and Harry “reconnected in lockdown” earlier this year, and had been spending a lot of time in the studio as she works on her solo material.

The couple recently spent a few days at the luxurious Hodges Bay Resort & Spa in Antigua, as Jesy whisked Harry away for a well-deserved break, along with her sister Jade.

She shared snaps from the trip on social media, which showed her flaunting her enviable figure in a bright pink bikini on the beach.