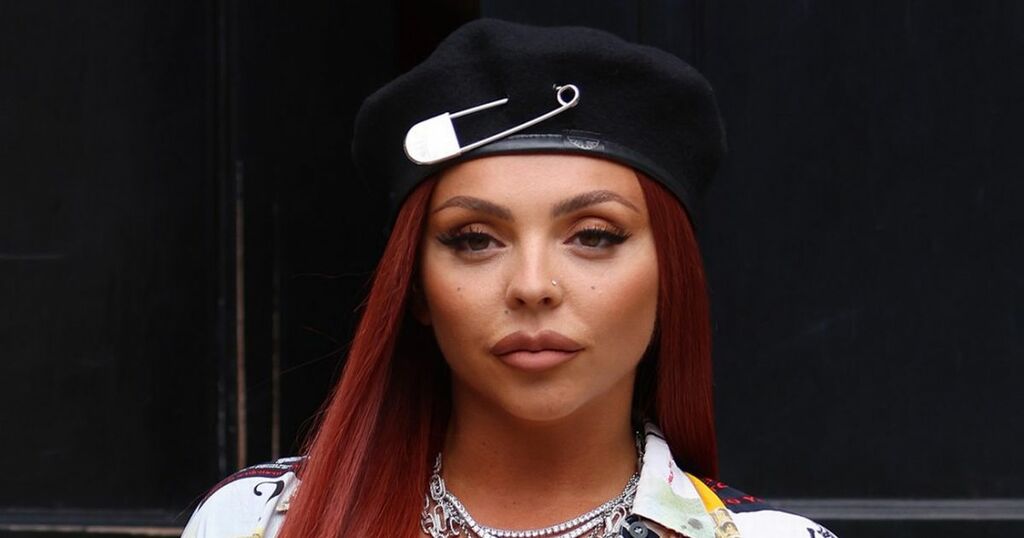 Jesy Nelson has reportedly been banned from Little Mix forever according to a source close to the band.

The singer quit the hit girl group in December because being in the pop group had "taken a toll" on her mental health.

She admitted she found the “constant pressure of being in a girl group and living up to expectations very hard."

Jesy has gone on to launch her own solo career, but the release of her video for debut track Boyz whipped up a storm of controversy this week.

A row emerged stemming from leaked DMs appearing to show Leigh-Anne Pinnock encouraging an influencer to take down Jesy in a video, calling her "horrible".

Now a source has told Heat magazine the remaining bandmates, Leigh-Anne Pinnock, Perrie Edwards and Jade Thirlwall, have no plans to address their issues publicly.

“While the girls feel for Jesy and her struggles, they feel really let down that she didn’t stick up for the band,” the insider told Heat.

“They’ve been advised not to say anything publicly, and so far, they’re sticking to that – they just want to move on."

The insider added the band plan to stay a trio, saying: "Little Mix will be a three-piece now. They’re not doing this out of spite, it’s more about having self-respect and taking Jesy at her word.”

According to the source the singer is “terrified” of the pitfalls for her “one chance” of trying to make her solo career work.

“She’s putting all her energy into her solo career, but she’s terrified it’s not going to work out, and her family are worried about her burning bridges,” the source stressed.

This week Little Mix also released their new song Cut You Off, believed to be about Jesy and her exit

And judging the lyrics the former band mate is not missed by the remaining trio.

“How did we get to here?” questioned the lyrics to the song.

“We used to be cool. Nothing lasts forever, but I really thought we could.

“I know they’ll be tears, but it’s worth the broken heart – if I can’t protect my energy, I gotta [sic] cut you off.”

Little Mix member Jade also made a cryptic remark about writing the song when she revealed: “It was kind of like a therapy session, actually.”

Jesy has spoken countless times about how hard she found being in the hit band and once admitted the experience was “10 years of my life I was very unhappy with”.

The drama kicked off this month as Jesy released the video for Boyz and was accused of ‘blackfishing”, a term which suggests someone is pretending to be black or mixed-race.

Speaking about the Blackfishing accusations in an interview with Vulture, Jesy was at pains to point out: "The whole time I was in Little Mix I never got any of that. And then I came out of [the band] and people all of a sudden were saying it.

"I wasn't on social media around that time, so I let my team [deal with it], because that was when I'd just left. But I mean, like, I love Black culture. I love Black music. That's all I know; it's what I grew up on."

There were rumours about the former Little Mixers blocking each other on Instagram, then Leigh-Anne was accused of slating Jesy in leaked DMs sent to Instagram user No Hun.

NoHun had asked fans if he should perform a routine to Jesy's debut solo track and Leigh-Anne replied saying "no".

"Omg Leigh Anne I thought you were all ok," he replied, to which Leigh-Anne said: "Do a video about her being a black fish instead."

She added: 'She blocked us. Cut us off. Horrible person."

Later that day Jesy did her Instagram Live with Nicki Minaj, who went on a lengthy rant about Leigh-Anne.

Nicki called Leigh-Anne "jealous" and a "clown" and Jesy failed to defend her former bandmate.

The rapper said: "Immediately that person has to wear a big red clown nose and big clown boots because you're a big f**ing clown."

She went on: "Sweetheart take them text messages and shove it up ur f**king a**, because when you do clown s**t I gotta treat you and talk to you like you're a clown."

Nicki continued: "It screams insecurity, it screams that you're jealous, only jealous people do things like this and now you just look like a big jealous bozo."

Jesy then took her turn to speak, saying: "Thank you babe, honestly that really means a lot.

"While we're on this subject I personally want to say my intention was never ever to offend people of colour with this video and my song.

"Like I said when I was a young girl this is the music that I listened to, these are the videos I watched and thought were the best."