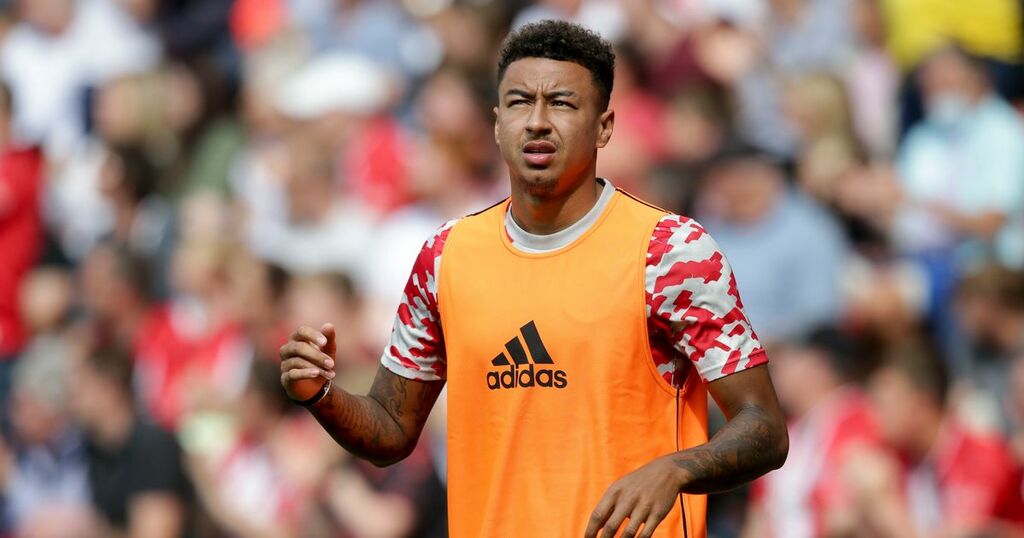 Jesse Lingard's choice to stay at Manchester United rather than seal a permanent transfer to West Ham this summer has been called into question.

Lingard, 28, was one of the standout performers in the second half of last season, registering an astonishing nine goals and four assists after joining West Ham on loan in January.

This exceptional form saw him break back into Gareth Southgate's England squad and the Irons were desparate to extend his stay.

But Lingard reportedly decided against a permanent switch to the London Stadium in order to fight for minutes with the Red Devils, having joined the club at the age of seven.

The situation has become more muddled this week, as the attacking midfielder - who has less than 10 months remaining on his deal - is believed to have rejected a new contract at Old Trafford.

Lingard has only played four minutes of Premier League football this season under Ole Gunnar Solskjaer, and former West Ham ace Trevor Sinclair cannot fathom why he stayed with his boyhood side.

"If he doesn't get given the assurances and signs the new deal, then he's not as ambitious as I'd like him to be," Sinclair told talkSPORT .

"I am confused, why he didn't join West Ham permanently? He was loved there, he was the main man.

"He played once for Manchester United last season, he played 16 times for West Ham. He scored goals, got back into the England squad, why wouldn't he want to sign for them?

"Why would you not want to be in that environment?"

Sinclair is not the only West Ham icon who believes Lingard would be better off in east London, as Irons first-team coach Stuart Pearce issued a fresh message to the player on Thursday.

Do you agree with Trevor Sinclair's verdict on Jesse Lingard? Comment below.

"He has missed the opportunity to leave United in this transfer window," Pearce told talkSPORT of Lingard.

"He can reassess his situation come January once again and decide whether there is an opportunity to move clubs or whatever. He holds the cards. The most important thing for him at the moment is his football.

'"He is playing the odd game for United and playing extremely well for England. Those performances for England might just help get him in the United side.

"He is too good a player to be sat on the outside of it not playing to be honest. He is at an age where he needs to be playing now."

Lingard's only club appearance of the season came late on in the 1-1 draw at Southampton last month, when Solskjaer introduced him on the left wing in search of a late winner.

In contrast, Lingard made two appearances in the most-recent international break, scoring twice and assisting once in the 4-0 victory over Andorra last weekend.