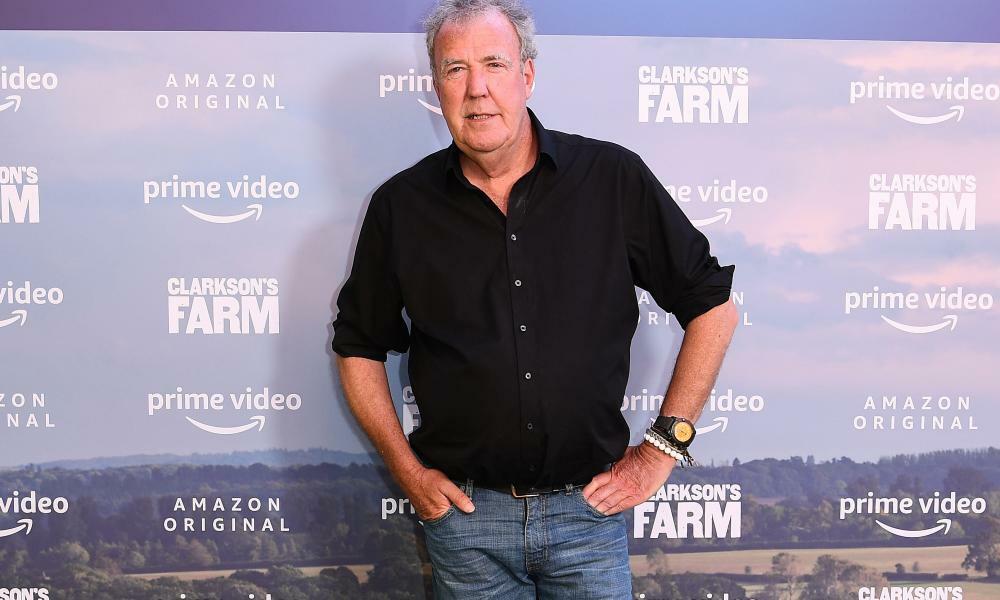 In his old life, Jeremy Clarkson conceded he might have been prepared to pave over the British countryside – but the former petrolhead-in-chief has insisted he is a changed man.

As a farmer, he was trying to do his bit to save the countryside by turning his recently built lambing shed into a restaurant serving locally produced food at his Diddly Squat farm in the Cotswolds, he told planning subcommittee officials in the small Oxfordshire town of Witney.

The conversion, along with the 70-space car park, was merely “diversification of a farming business”, Clarkson told the planning officials. But they did not agree.

After they pointed out that the restaurant on a prominent spot could cause case “great harm” to the designated area of outstanding natural beauty, councillors rejected the plan on Monday.

It will probably not be the end of the matter. Outside the council building, Clarkson said it was “a bad day for farming” and vowed to appeal. The changed man jumped into a Range Rover and took a swipe at one of the council officials, comparing him to the comedian Eric Morecambe – “but not as funny”.

Ultimately, win or lose, the saga will, no doubt, be lapped up by the audience of his Amazon Prime reality show, Clarkson’s Farm.

The hugely popular show is seen as a mixed blessing in the area. It has brought in business, with fans lining up for hours for the chance to buy produce, or a souvenir, from his farm shop in the village of Chadlington. But it has also caused an unwelcome stir in this most picturesque and peaceful landscape, plus traffic chaos.

Appearing before West Oxfordshire district council’s uplands area planning subcommittee, the former Top Gear presenter began by thanking the members for having him along and said he found the experience “nerve-racking.”

He said the planners had made much of the fact that his scheme to convert the shed built in 2020 into a restaurant was in an area of outstanding natural beauty – and agreed that it was.

But he told the committee: “The reason it is, is because farmers maintain it, farmers look after the woodlands, the hedges, the streams. They keep it beautiful. The farmers are not going to be able to do that for much longer because of the parlous state of their finances. We have been told as farmers to diversify and that is exactly what this proposal is; it’s a diversification of a farming business.”

Clarkson said his farm would provide beef to the restaurant while others in the areas would supply other locally produced food. He said local farmers were delighted and that one had recently told him tearfully that she would have gone out of business were it not for the boost his farm shop had provided.

The TV star took a swipe at spelling mistakes in the council officer’s report before admitting: “In my old job, I might have paved over the countryside, but I’ve moved on from that and I don’t want to do any such thing.”

Clarkson was asked why he had stopped trying to use the lambing shed for sheep. He replied that he had “put a toe” in the water and found that sheep farming was not viable. He was merging his flock with a neighbour’s.

There was some support for his cause. One councillor, Alex Postan, pointed out that a nearby caravan park was already a “blot on the landscape”, so another might not hurt so much. He agreed that farmers needed all the help they could, otherwise the world was heading for food and water wars.

The local ward councillor, Dean Temple, said people in the area used to have two job choices: farm worker or working in service, “Downton Abbey-style”. But most of those jobs had gone and anything that helped employment was to be welcomed. But he said he had to vote against the plan with “heavy heart” because of the impact on a beautiful area.

There were 56 letters of objection and 13 of support. Addressing the meeting on behalf of one resident, barrister Charles Streeten claimed the lambing shed had been a “Trojan horse” for the restaurant. He said Clarkson had a “general disregard” for the planning rules and claimed his conduct was “shameful”, adding: “It indicates a ‘give me an inch and I’ll take a mile’ attitude.”