Jenny Powell, 53, says her daughter, 20, 'hates' when she's mistaken for her sister 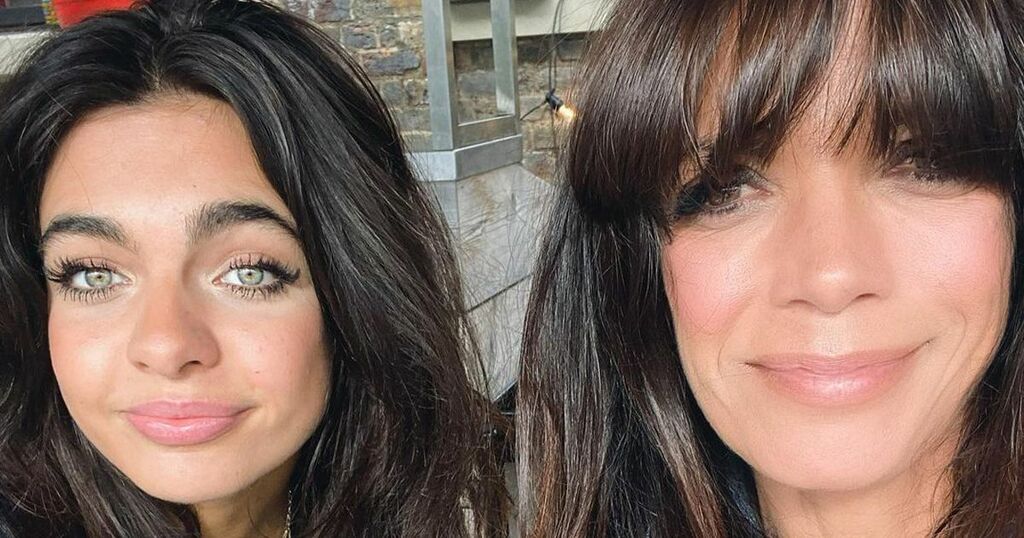 Jenny Powell has revealed that her and her daughter sometimes get mistaken for being sisters.

The TV presenter, 53, says that while she is extremely flattered her daughter Connie, 20, 'loves it but hates it as well'.

Jenny said the secret to her youthful figure is doing hot yoga four times a week.

She also said that 'looks after herself with food' and starts every day with a smile.

Jenny is currently engaged to Martin Lowe, 47 who she met 11 years ago and said that he makes her do stuff she 'wouldn't normally do'.

As Jenny spoke to The Sun she revealed that her and daughter Connie often share each other's clothes and have such a close relationship that they 'text each other at the same time, saying the same thing'.

She mentioned that she gets a lot of people asking her and Martin when they will be tying the knot but it won't be yet as they are 'slow burners'.

She said: "It's funny because Martin is six years younger than me and I remember my daughter Connie saying, ''Does that make you a cougar, then, Mum?'' — and I had to go and look it up."

Jenny talked about how Martin has made Jenny try a lot of new experiences such as sky diving and clean eating and cold water swimming.

The loved up couple met in 2010 in Euston station as they bumped into each other.

Despite being super healthy most of the time, Jenny also mentioned that she sometimes doesn't take her makeup off at night or drink as much water as she 'should' and has a 'naughty drawer' where she buys crisps.

Jenny's early presenting days started off with the star's career kicking off in the nineties on Wheel of Fortune.

She first started on No Limits aged just 16 and then she moved onto Top of the Pops in her twenties before her Wheel of Fortune days.

The star also modelled for a bit for the likes of Loaded and Maxim saying it was a bit 'awkward' but it's what 'everyone was doing'.

In 2009 Jenny divorced her then-husband Toby Baxendale after a three year marriage.

She found out that Toby had been cheating on her whilst she was 7 months pregnant with their youngest child.

Jenny's dad tragically died just five weeks ago of prostate cancer at the age of 93.

He had been married to Jenny's mum Myra for 65 years.