MacKenzie Scott, the ex-wife of Amazon founder Jeff Bezos, has given US$4.2bn (NZ$5.9bn) to groups helping the vulnerable in what could be one of the fastest charitable giveaways in history.

Ms Scott, who formerly went by the name MacKenzie Bezos, pledged to donate the bulk of her wealth to charity last year following her separation from Mr Bezos.

In a round of donations early this year, Ms Scott gave nearly US$1.7bn to groups devoted to race, gender and economic equality, as well as other social causes.

Her wealth grew by US$23.6bn this year to over US$60bn, making her the world's 18th richest person.

The latest round of donations means she has given away around US$5.9bn this year, just under one tenth of her total wealth, or 16.6pc of her original divorce settlement.

The Charities Aid Foundation's Mark Greer said: "I can't think of anyone who has given away so much so quickly. It is especially gratifying to see that the money can be used by charities to pay for everyday costs."

Ms Scott said: "This pandemic has been a wrecking ball in the lives of Americans already struggling. Economic losses and health outcomes alike have been worse for women, for people of colour, and for people living in poverty."

Meanwhile, she noted, the wealth of billionaires has substantially increased.

The donations have placed her among a cohort of philanthropic billionaires who have given away vast sums in recent years. According to Forbes, last year Indian business tycoon Azim Premji gave away a US$7.6bn stake in IT firm Wipro Limited to his own charity The Azim Premji Foundation.

Warren Buffett also gave away some US$3.6bn in Berkshire Hathaway stock last year to the Bill and Melinda Gates Foundation among others, bringing his total donations to US$38bn.

Ms Scott's ex-husband Mr Bezos also announced an initial 16 recipients for his US$10bn Earth fund, with grants to the World Wildlife Fund and others totalling US$791m.

Charities face shortfall despite rise in will giving

British charities are facing a £10bn funding shortfall this year as a result of the Covid pandemic, despite the number of wills containing charitable donations of more than £1m rising.

This is likely down to millionaires looking to take advantage of generous inheritance tax breaks by gifting significant chunks of their restates to good causes, experts said.

Big donations benefit from a large death tax discount, which sees the rate drops from the typical 40pc to 36pc if at least a tenth of an estate is left to charity.

According to the National Philanthropic Trust, around two thirds of Britons donate to charity, giving an average monthly donation in 2018 of £45.

Medical research, animal welfare, hospitals and hospices, and children or young people were the most popular causes to donate money to.

Ms Scott was left a multi-billionaire after her divorce last year from Mr Bezos. She ranked 20th on a Forbes real-time list of the world's richest people index on Tuesday, with a net worth of US$56bn – after taking her latest donations into account.

Mr Bezos was at the top of that list with a net worth of US$185bn. 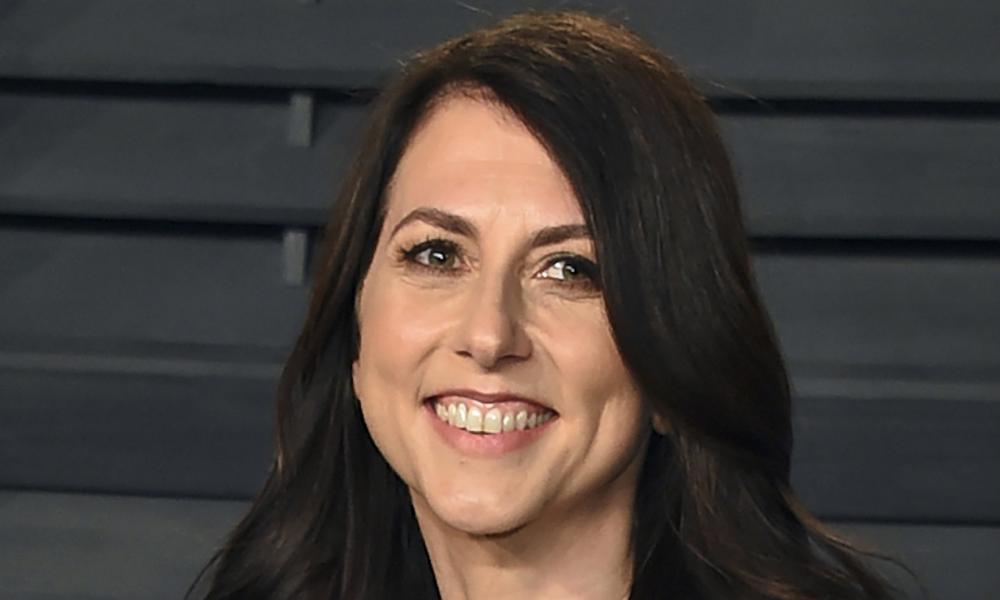 MacKenzie Scott: ex-wife of Jeff Bezos gives away $4bn in four months
The 50-year-old, who was married to Amazon boss for 26 years, donates to Covid groupsCoronavirus – latest updatesSee all our…

Scott’s total net worth has risen by $23.8bn to $60.9bn during the pandemic on the back of Amazon’s shares

Scott, who formerly went by the name MacKenzie Bezos, last year signed a “giving pledge” to donate the bulk of…