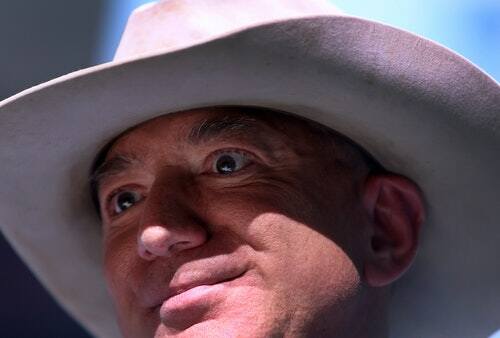 Amazon founder and former CEO Jeff Bezos is the latest billionaire to invest in a startup trying to combat aging. That’s according to MIT Tech Review, which reports that a new company called Altos Labs has launched with plans to further research into an anti-aging technology called reprogramming. In essence, reprograming works by adding proteins to a cell, which then instruct the cell to revert to a state where it can generate new, young cells that form the basis of the human body.

Bezos stepped down as CEO of Amazon in July, saying that he intends to focus on philanthropy as well as other interests, like his ongoing space rivalry with Elon Musk. Being the second wealthiest person in the world (this week, Bernard Arnault of LVMH outranks him, but the top spot trades hands every now and then) with roughly $200 billion in assets isn’t enough, apparently, so Bezos also invests some of his money through an investment firm, Bezos Expeditions.

The fascination with anti-aging is an interesting one, perhaps because death is one of the few things that money hasn’t been able to overcome — at least, not yet. For people like Bezos who can reshape entire industries in their image and go to the cosmos, there’s probably a certain feeling that their money should be able to combat aging as well.

Bezos has gone through something of a public image revamp in recent years, going from a data-driven geek to more of the powerful business figure he is, as symbolized by his newly shredded arms and tailored clothing. Combating aging feels congruous with those efforts to take on this new public persona that reflects Amazon’s might.

Not much is known about Altos Labs, like how much money it’s raised, except that MIT Tech Review reports that it is hiring scientists with offers of $1 million annual salaries. The company plans to open research institutes in California, the United Kingdom, and Japan.

Hardly for the greater good —

There may be some value to combating the effects of aging, especially in later years when people start to become immobile and cannot enjoy life as much. But critics will say that billionaires like Bezos shouldn’t be the ones deciding what issues to fund, but rather he should be taxed fairly and the public at large should have a say in these decisions. Recent reporting has documented how Bezos and others use complicated schemes to avoid paying taxes on their vast sums of wealth.