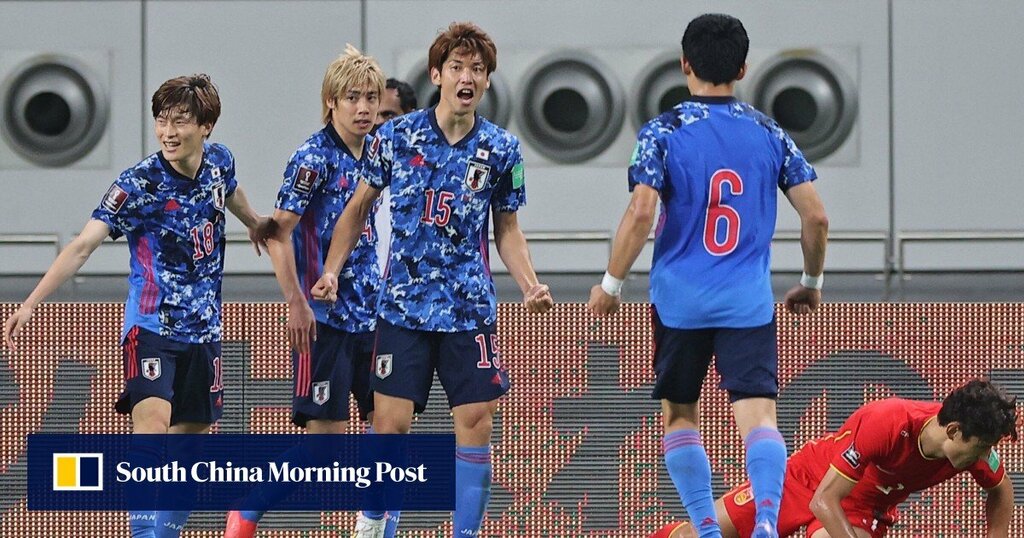 China’s chances of reaching next year’s Qatar 2022 Fifa World Cup took another huge blow in a one-sided 1-0 defeat to Japan in Doha, leaving them without a point after two matches in the final stage of Asian qualifiers.

Both teams entered their second game of this third group stage on the back of defeats with China losing 3-0 to Australia and Japan suffering shock 1-0 reverse at home to Oman.

It was Japan who got their qualifying campaign back on track, though the result should have been more emphatic.

Yuya Osako’s 40th minute goal was enough to settle the match but the scoreline did not reflect Japan’s dominance at the Khalifa International Stadium, where they enjoyed 71 per cent of the possession.

The visitors had 18 goal attempts to China’s three, with Japan having three efforts on target to China’s none. That makes it two matches where China have failed to trouble the opposition goalkeeper despite their high profile naturalisation policy.

Li started Brazil-born striker Elkeson and the former England under-21 defender Ty Browning before bringing on Alan Carvalho and Aloisio from the bench as he looked for a lifeline.

Japan goalscorer Osako was as guilty as any of his teammates for missed chances but they took the three points in the end to sit third behind group leaders Australia and Saudi Arabia on six points each at the top of the table.

China are bottom of group B, with only the top two teams guaranteed of going through to Qatar next year and one play-off spot available.

The country has only qualified for one Fifa World Cup finals, the 2002 edition held in Japan and South Korea.

Head coach Li Tie was handed a long-term contract for getting China to this final group stage having taken over while qualification from the previous group was uncertain following the departure of former coach Marcello Lippi.

It is now an uphill task for the team to qualify for next year’s World Cup and the closest China get to Qatar might be these home games in Doha, where qualifiers have been moved because of Covid-19 travel restrictions.