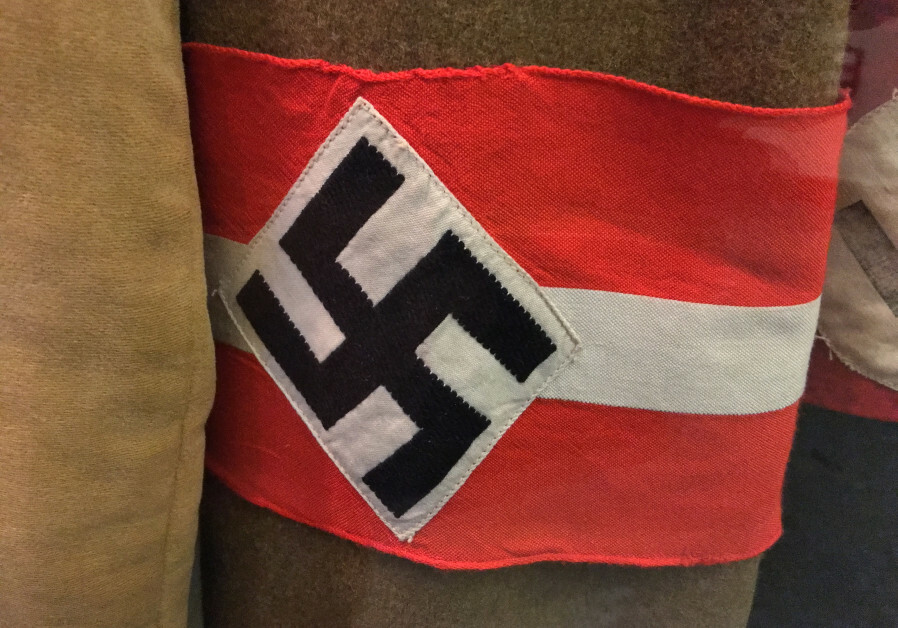 A newly opened Nazi-themed host club in the Japanese city of Osaka sparked outrage, leading to it shutting down and issuing an apology for the lack of "awareness" among the staff on Tuesday, multiple news outlets reported.

Dubbed Unfair, the host club — a type of cabaret-esque nightclub in Japan where attractive men serve drinks, sing and engage in conversations with customers — had advertised itself on several host sites with the club's hosts dressed in full Nazi cosplay.

Users on social media platforms shared videos and pictures of the club, featuring not only hosts dressed as Nazis, but promotional materials covered in Swastikas — even bottles of alcohol displayed swastikas on them.

Outage soon began to pour in from online, with social media users and NGOs slamming the club for its insensitive portrayal of Nazi imagery.

🇯🇵 This is disgusting.

"Japanese women are supposed to be attracted to men dressed up as SS Nazi murderers? Vile desecration of the memory of 6 million Jews, Anne Frank victims of Nazi Holocaust. Where is Japanese outrage?" wrote the Simon Weisenthal Center.

Japanese women are supposed to be attracted to men dressed up as SS Nazi murderers? Vile desecration of the memory of 6 million Jews, Anne Frank victims of Nazi Holocaust. Where is Japanese outrage?#ナチス をイメージした #ホストクラブ 「アンフェア」が炎上 https://t.co/MutLUv65qJ

The host club had been opened on Sunday but by Tuesday, it had been shut down, with the club's parent company issuing a statement apologizing for their "lack of knowledge and awareness."

This incident may seem isolated, but it is far from the first time Japanese institutions have been met with criticism for perceived antisemitism.

Earlier, the director of the opening ceremony at the Tokyo Olympics was criticized for having made antisemitic jokes in the past.

In addition, a promotional video for the Olympics also included footage from Nazi propoganda surrounding the 1936 Olympics.

In 2017, the Morishita Group held a Nazi-themed party for its employees, complete with Nazi flags and paper maiche tanks and airplanes, German news outlet Deutsche Welles reported back in 2020.

And in 2016, a J-Pop group under Sony's label known as Keyakizaka46 took to the stage at a Halloween event dressed as SS soldiers.

So why does this keep happening?

According to Hiromi Murakami, a political science professor at the Tokyo campus of Temple University, it seems to be ignorance about just why the Nazis were bad in the first place.

"I think the biggest issue is the ignorance among young people about Nazi Germany and the issue of the Jews before and during the war," Murakami told DW in 2020. "It's a little distant from the mindset of many Japanese people, whereas in Europe what happened is constantly visible and a reminder. To far too many people, they see clothing or designs from that time and they think it's 'cool' — so it's a lack of education and understanding."

Others support this opinion. Speaking to the Polish news outlet O2, Anna Roszkowska, a Polish woman living in Japan for the past five years, said that there is a lack of awareness regarding the Nazis - and of World War II in general.

This is what the inside of the Nazi host club looks like. Ignorance and stupidity at its finest. pic.twitter.com/Q9NRK4xjBX

And others place even greater blame on the Japanese educational curriculum.

Speaking to O2, Magdalena Osumi, a Polish journalist living in Yokohama and working for The Japan Times, explained that wars and what happened in Europe are neglected in education.

"Unfortunately, the subject of the Holocaust is often not even discussed at all," she said.

But why is this?

"One of the reasons is that it would require a discussion of Japan's role in World War II, which is not a convenient topic due to its ties to Nazi Germany at that time," she explained to O2.

Criticism was also brought out by Yad Vashem, the World Holocaust Remembrance Center.

"This latest incident highlights a serious lack of sensitivity and knowledge of the Holocaust," Yad Vashem said.

The Holocaust Remembrance Center is currently working to establish strategic alliances with local institutions and educational centers in Japan in order to help foster a greater understanding of the Holocaust.

Currently, Yad Vashem has a Ready2Print exhibition titled Shoah: How was it Humanly Possible on display at Suguihara Hall in the city of Yaotzu.

"Education is a vital tool in our global efforts to avoid similar incidents, regardless of geographic location," Richelle Budd-Caplan, international relations and projects director at the Yad Vashem International School for Holocaust Studies, explained in a statement.

"It is our sincere hope that exhibitions like this, continue to raise awareness and build bridges bringing the history of the Holocaust to all corners of the world. These informative exhibitions have been extremely valuable in forging fruitful partnerships in various countries providing the framework approach this complex and sensitive chapter of our recent history and allow for joint educational programs."