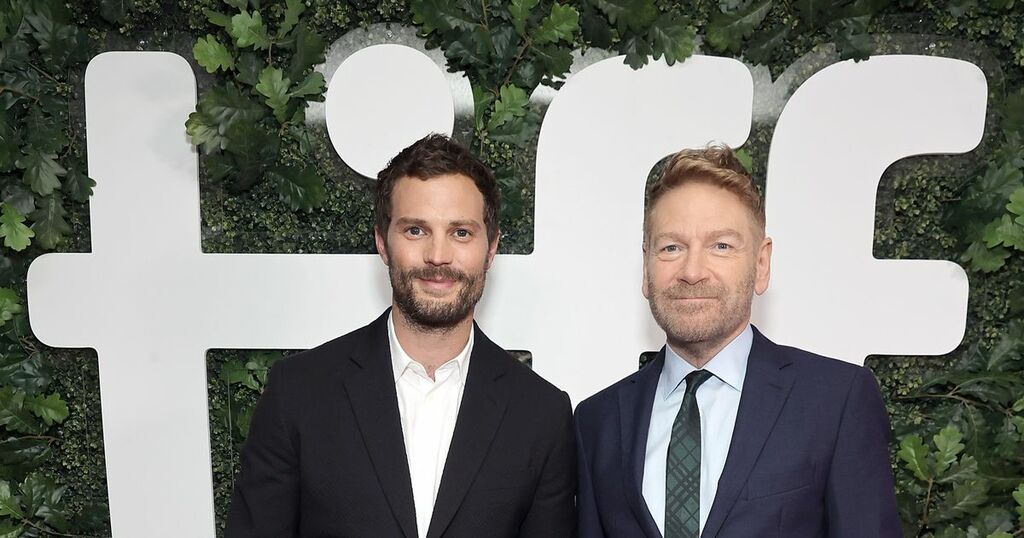 Jamie Dornan has been pictured with Kenneth Branagh at the premiere of 'Belfast'.

Branagh’s new semi-autobiographical drama 'Belfast' stars Dornan and is a personal and joyful story about the power of memory, set in late 1960s Northern Ireland.

It's set to be released on November 12 and also stars Ciarán Hinds, Judi Dench, Caitriona Balfe and newcomer Jude Hill.

At the centre of the film is Buddy, a young boy on the cusp of adolescence, whose life is filled with familial love and a blossoming romance.

The movie has been criticised by leading American publications for its use of "difficult to understand" accents.

The Hollywood Reporter claimed the movie's "thick Irish brogue" was hard to interpret at times, but praised the "well drawn and beautifully played" characters.

Dornan and Branagh were also spotted last week with celeb pals at the 2021 Telluride Film Festival in Colorado.