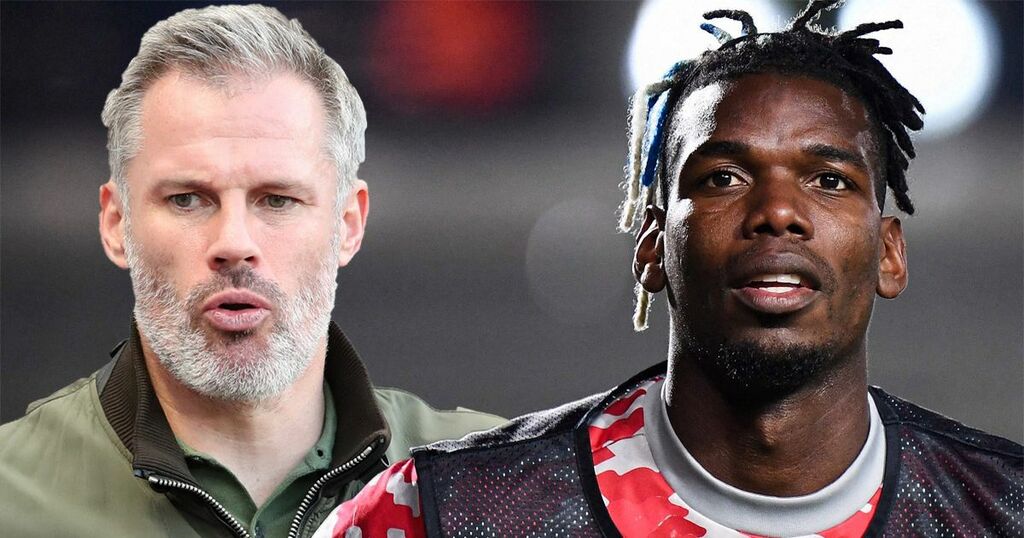 Jamie Carragher has urged Arsenal to "move on" from Granit Xhaka after the Switzerland international very nearly cost his side yet again during the first leg of their Carabao Cup semi-final against Liverpool.

The 29-year-old was given a red card inside the opening 25 minutes at Anfield for a wild kick on Diogo Jota who was bearing down on goal before Xhaka's reckless challenge.

It made an already incredibly hard task for his Arsenal teammates all the more difficult but the remaining 10 players were up to the challenge and kept Liverpool at bay to keep the tie alive for the second-leg at the Emirates next week.

Though Arsenal spirits were high after the game, Carragher was quick to bring Gunners fans back to down to earth when discussing how harmful Xhaka's tendency to pick up red cards can be for his side.

HAVE YOUR SAY! Should Arsenal look to sell Granit Xhaka? Comment below

"The thing with Xhaka is we’ve said before the game that every manager picks him, he is a good character, a good trainer, a good lad, he is a good player, we’ve seen that in a Switzerland shirt and at times in an Arsenal shirt as well," said the former Anfield favourite.

"But he is a liability in terms of that tonight. We can talk about how great Arsenal were, they were fantastic but more often than not you go down to 10 men at Anfield you don’t just lose the game, you’ll be out the competition."

Carragher went on to explain how Liverpool's toothless attacking display spared Xhaka's blushes and claimed the experienced midfielder should know better by now.

"Really, Liverpool in a situation like that should be looking to win the game two or three nil. That comes down to Arsenal having 10 men and it happens too often.

"We spoke about how well Arsenal played against Manchester City but that was Xhaka again and it just happens too much now.

‘He’s not even a young lad where you think ok he’ll learn with experience, he’s one of your experienced guys."

Carragher believes Xhaka is the only reason the Gunners are yet to make that step up and become a regular fixture in the top four once again.

"That’s the one thing that keeps stopping Arsenal making that next step right now because I’m so impressed with Mikel Arteta and his young team this season.

"These experienced players in that team, he’s the one letting the young players down, it’s normally the other way round.

"That is a massive problem for Arsenal going forward because he’s never going to change now. He’s played nearly 250 games for Arsenal. That is position and a player they have to move on."

Carragher's advice for Arsenal is eerily similar to words of wisdom he dished out to United when analysing Paul Pogba just over a year ago.

The ex-Reds centre-back told United to get rid of the Frenchman after comments made by his agent Mino Raiola.

"I've been saying this for 12 months, oh my god, he is the most overrated player I've ever seen in my life," claimed Carragher.

"I think the two of them are a disgrace. We'll all blame the agent now and say 'ask Pogba', what does he think?

"Agents in this day and age, they're not just agents. They're a parent, they're a best friend, they're the financial advisor, they book holidays, they go away together.

"Those two will be like that. He'll be Pogba's best mate, so Pogba will be well aware of what was going to come out of his mouth.

"If he wasn't, he should sack his agent. It's very, very simple. That's all that needs to happen."

Both Xhaka and Pogba have been at their respective clubs since the summer of 2016 and have both drastically underwhelmed, yet remain constant fixtures in the starting eleven.