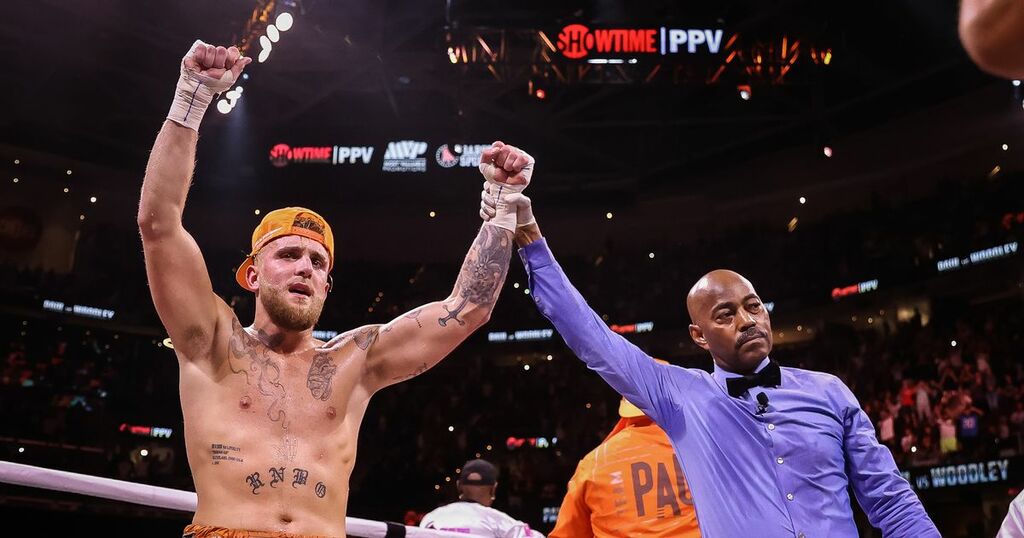 Jake Paul has said that Khabib Nurmagomedov is one of the only fighters he wouldn't troll to sell a fight, after deleting a video making fun of the Russian.

The YouTube star posted a video speaking in a mock-Russian dialect to Tik Tok back in February, but immediately deleted the post.

And now the brash Paul has said that while he is interested in a boxing match with Nurmagomedov, he wouldn't do his usual trash talking to sell it if he agreed.

"I'd have to do it," Paul said when asked during an appearance on the Full Send Podcast if he would accept a bout with Nurmagomedov, who is widely believed to be one of the best fighters in history.

"I have so much respect for [Khabib Nurmagomedov], I wouldn't troll him. I'd be like 'You're the best, but let's fight.'"

However, the Russian seems to have no interest in a return to combat sports after retiring last year.

He hung up the gloves after beating Justin Gaethje in his final lightweight title fight in Abu Dhabi to go 29-0.

Nurmagomedov has now taken to coaching, like his father Abdulmanap who passed during 2020.

He was asked by his mother not to fight any more after his father's passing, and has reportedly turned down a number of massive money offers to return.

Dana White, the president of the UFC, refused to accept his retirement for months after the fact, organising a number of lavish meetings in an effort to book a return.

But even the relentless White had to admit defeat earlier this year, before boxing legend Floyd Mayweather threw his hat in the ring.

During a period when Mayweather's exhibition bout with Logan Paul was up in the air, the 50-0 boxer reportedly offered Nurmagomedov $100m to fight him.

But talking recently with former two-weight UFC champion Henry Cejudo on Mike Tyson's 'Hotboxin' podcast, Nurmagomedov felt that a $100m payday against Mayweather would do more harm than good.

"I don't want to make boxing community upset with me," Nurmagomedov jokingly said.

"Of course money makes sense too. But I never fight for money. Money is good, but most of the time it is bad.

"Money brings you to the situation that you have never been, and you don't know how to act when you have so much money.

"It is a little bit dangerous. In this business, I don't come to make money. I come here for legacy."

Nurmagomedov's manager Ali Abdelaziz said talks were heating up about the fight, with UFC president Dana White even being on board.

"Listen, we got offered $100million to fight Floyd Mayweather. Dana White was on board, everybody was on board.

"But, you know, Khabib is an MMA fighter. If Floyd wanted to come to fight, get his little a** whooped, no problem.”