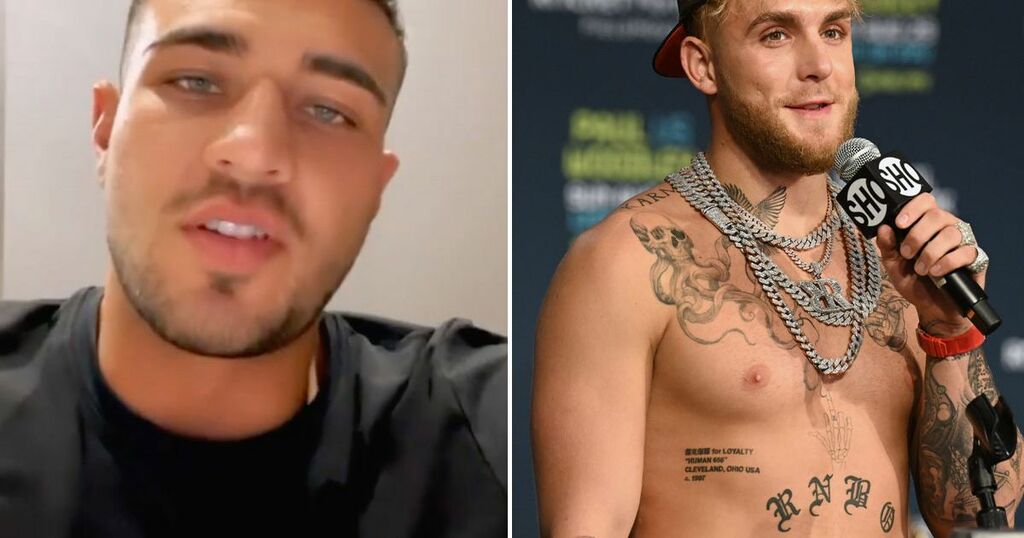 Frank Warren has confirmed that a deal for a fight between Tommy Fury and Jake Paul is close to agreement.

The reality-star pairing have found themselves in the spotlight, ever since their heated confrontation in Cleveland.

Paul defeated Tyron Woodley, shortly after Fury recorded another victory over Anthony Taylor on the undercard.

And the pair now look closer than ever to meeting, after Warren confirmed that a deal is nearly in place for a meeting.

He said: "It's very close, I'm just hoping we can get it over the line. As I say, we've all been working very hard to make it happen.

"Fingers crossed we can get it over the line, I'm quite sure we will do. Everyone is talking about it out here [in America] and I suppose after seeing the big man, they will want to see his brother in action.

"Hopefully we'll finish it off this week and we can move forward. It'll be in late November or December."

Paul initially made Fury an offer worth £1 million, to make the meeting happen after talks had been reported to be underway.

The 22-year-old quickly moved to reject the offer labelling it as one that was "not worth getting out of bed for".

With frustration clearly boiling, Paul released a video mocking the Briton and encouraging him to take the offer.

Who wins- Fury or Paul? Let us know your fight prediction in the comments section below.

But Paul has previously spoken of his desire to set up the fight, and topped up Fury's purse personally to bring him to America.

And he is also keen to add a "real boxer" to his professional record, having only fought previous UFC stars Ben Askren and Woodley.

He told the 'Full Send' podcast: “I think Tommy Fury is at the top of that list. He’s skilled, he’s undefeated, and he’s a real boxer.

“He has like 4 million followers on Instagram which is good engagement. He has the fans from his relationship show [ Love Island ].

“It all starts with the numbers, like would the fight sell a lot? Would people actually care? I could go and fight the infamous jiujitsu guy who doesn’t shut the f*** up on social media, but it’s a hard sell.

"This guy just beat a UFC hall of fame legendary striker, we’re not going to put him up against a jiujitsu guy in a boxing match.

“So after each fight, we go back to the drawing board and we’re like ‘who makes the most sense’ ⁠— can they actually sell pay-per-views? Can we sell this fight as like ‘this is a tough fight for Jake.'

Fury looked at one point as if he may miss out on the clash, with Mirror Fighting told Paul would pursue a back-up option if talks failed.

But now a fight between the pair looks never closer, and will no doubt attract huge interest both sides of the Atlantic.

And Paul now looks set to avoid a rematch with Woodley, who fulfilled the "tattoo bet" in order to try and force through a second clash.