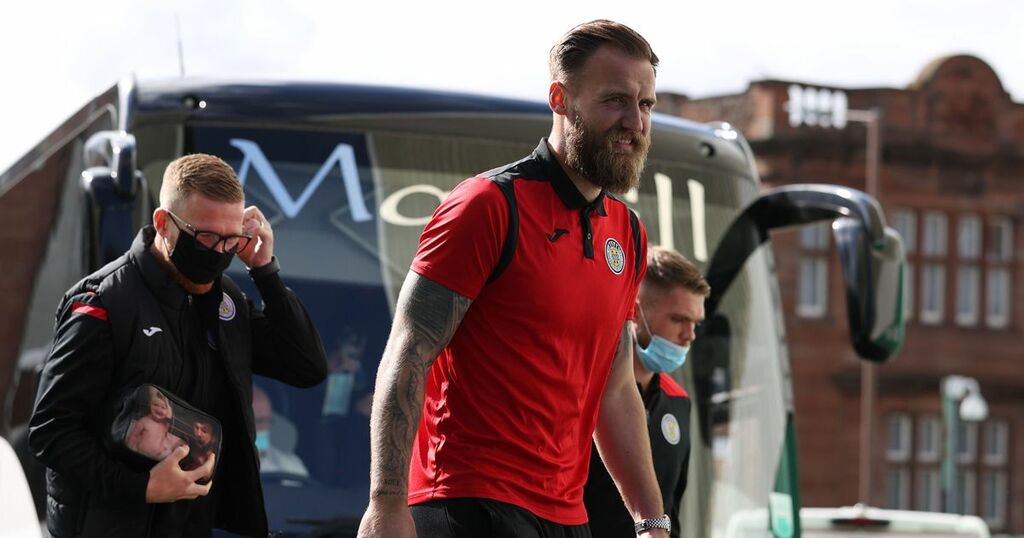 The long trip up the A9 to Dingwall is often a daunting one for St Mirren players and supporters alike.

For Saints keeper Jak Alnwick, it was never more arduous than back in December when the clubs faced off at Victoria Park on a freezing cold, rain-lashed Boxing Day afternoon.

What has made the journey more palatable on their last two long trips back to Paisley is that they’ve returned with all three points on both occasions, having won that festive clash 2-0 while also beating the Staggies 3-1 in the Highlands in April.

Alnwick is hoping the Buddies can make it a perfect three-in-a-row in the space of a year when they return north on Saturday and insists he’s preparing himself for another battle against Malky Mackay’s struggling side.

Speaking exclusively to Express Sport, Alnwick said: “We played them on Boxing Day last year, which was a tough trip.

“I’m hoping it’ll be a little bit warmer this time around at least!

“We go there in good form and obviously they’re struggling a bit at the moment.

“It’s often difficult to go to places when the team’s struggling, because they’re fighting for their lives. Fighting to get an important win for them.

“It’s always a tough place to go. The travelling is obviously a lot more of a factor than it is for most other games in the league.

“But if we have to fight and scrap it out again like we did against Livingston and sneak a 1-0 win, then I’m confident we can do that.

“Hopefully, we’ll be able to get the ball down a bit more and play our game.”

Alnwick admits he would have rather the trip north hadn’t been delayed by the international break, such was the fine run of form the Buddies found themselves on before World Cup qualifying put a temporary stop on the Premiership.

The former Newcastle and Rangers goalie believes St Mirren will be able to pick up where they left off.

Alnwick said: “It’s always nice when you’re on a run to be able to keep that going.

“Especially when you’re winning, you just want the next game to come as soon as it possibly can.

“When you’re losing as well though you always want the next one to come so you can put things right.

“The squad have been terrific so far this season to a man, even the boys who aren’t playing at the moment.

“The training has been exceptional and we knew the results were going to come because the levels have been so high.

“We knew the performances and results would turn from the start of the season and, thankfully, they have.

“To be disappointed with a draw against Hibs, and then go and beat Aberdeen and Livingston and climb right up the table shows we’re heading in the right direction.

“The manner that we’ve done it in has been so impressive as well. We’ve had a nice mini-break, but now it’s about coming back flying.

“We’re five games unbeaten now and it’s all about keeping that momentum going.”