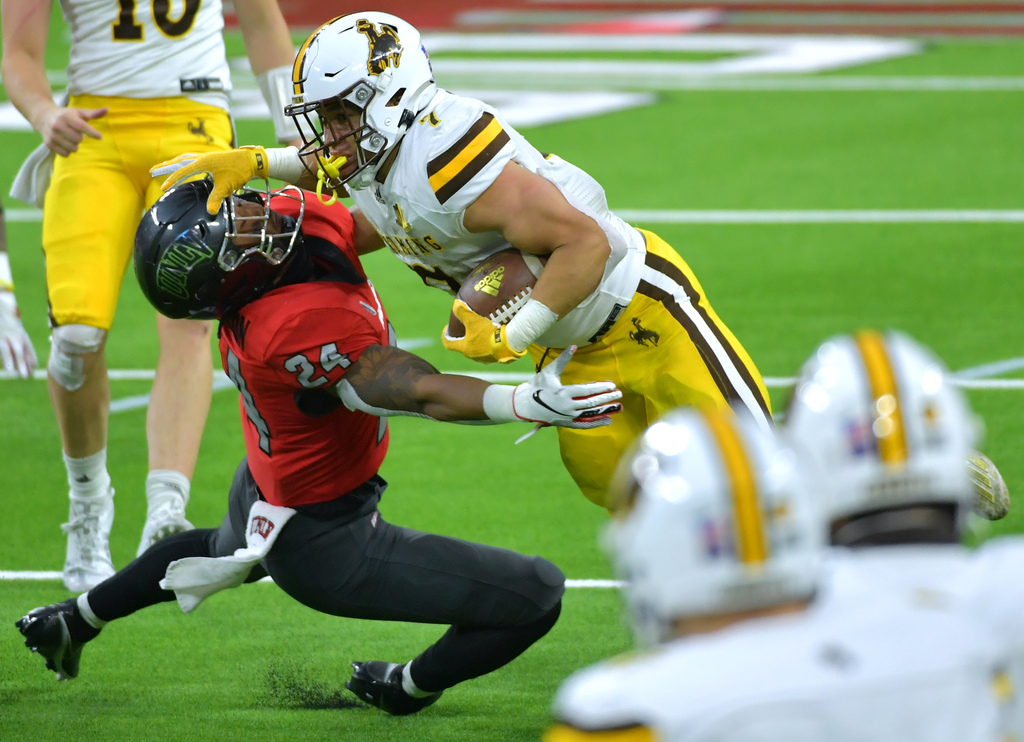 Jags sign Jimmy Smith’s son, Trey Smith, to an undrafted contract
Trey Smith will now get a chance to suit up for the team his father played for in 1995-2005.

The Jacksonville Jaguars announced that they released offensive lineman Jared Hocker on Wednesday.

The undrafted rookie QB, who initially was going to join the Eagles, will earn a notable amount in guaranteed money…

Which undrafted free agent has the best chance to make the roster for the Raiders?

The Jacksonville Jaguars were a busy team when it came to the waiver wire Wednesday. They added two players from it in offensive lineman Wes Martin and defensive end and outside linebacker Rashod Berry. They also waived placekicker Matthew Wright, too.

Martin, 26, joins the Jags after previously spending time with the New York Giants. However, he entered the league in 2019 as a fourth-round pick from Indiana University Bloomington with the Washington Commanders. He saw a majority of his time on the field with Washington and started in 10 games for them between 2019 and 2020. Martin also registered a start last season with New York, bringing his start total to 11.

Berry, 25, entered the league in 2020 as an undrafted player with the New England Patriots. He played tight end and defensive end for Ohio State before entering the NFL Draft and stuck with playing on the defensive side as a professional player.

Berry joined the Lions last August and was active for five games with them. In the process of his time with Detroit, he saw the field for 62 snaps and recorded three tackles and a quarterback hit.

Wright, 26, joined the Jags last season in late September after former kicker Josh Lambo failed to make a field goal attempt in the Jags’ first two games. He initially was on their practice squad, but was elevated to the active roster in mid-October. During his third game on the active roster, he was able to hit a game-winning field goal for the Jags against the Miami Dolphins, giving them their first win of the season.

Wright ultimately finished the 2021 season 13-of-15 (86.7%) on extra-point attempts and was 21-of-24 (87.5%) on his field-goal attempts. He was one of three kickers on the offseason roster, but with the team moving on from him, they are now down to undrafted rookie kicker Andrew Mevis and veteran Ryan Santoso.

Rashod BerryWes MartinJagsMatw Wright
Sign up to read this article

Jags sign Jimmy Smith’s son, Trey Smith, to an undrafted contract
Trey Smith will now get a chance to suit up for the team his father played for in 1995-2005.

The Jacksonville Jaguars announced that they released offensive lineman Jared Hocker on Wednesday.

The undrafted rookie QB, who initially was going to join the Eagles, will earn a notable amount in guaranteed money…

Which undrafted free agent has the best chance to make the roster for the Raiders?