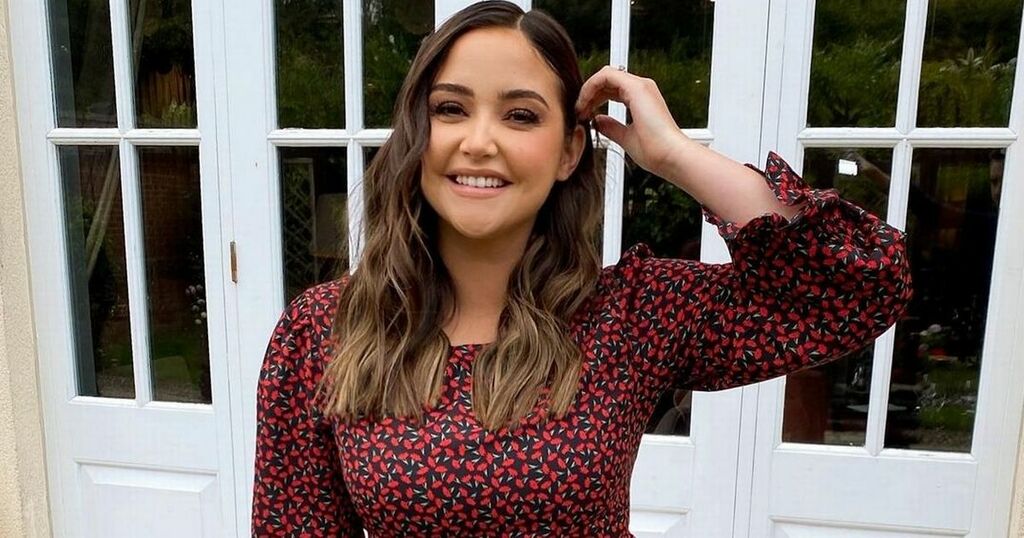 Jacqueline Jossa has dismissed rumours she's pregnant with her third child after she missed out on going to the National Television Awards for the first time in 10 years.

The I'm A Celeb star opted to stay at home with her family and taking the kids bowling instead of attending the glitzy showbiz bash.

She'd also taken delivery of a new car earlier in the week - which she called a "mum mobile on steroids" - fuelling speculation she might be planning to expand her family.

The 28 year old has now left a long message on her Instagram stories, setting the record straight for her 3.2 million followers.

She wrote: "Quickly popping on…no my huns. I’ am not pregnant. Totally understand you think it, what with getting a bigger car and not going to the NTAs etc.

She then joked about her fluctuating weight, adding: "Also I am chubby."

Jac, who also has a clothing range with In The Style, went on to make a point about comments on her social media pages.

She said that while she isn't pregnant, people shouldn't speculate as it can be painful for those people who don't want to share their personal health news.

She wrote: "I'm not offended by asking, but I'm going to use this time to encourage people to be careful what they ask surrounding baby news.

"You never know what someone is going through (I’m not, but I know people that have been in this situation and it’s torture).

"People can be suffering behind the scenes trying to conceive or losing a baby. Be careful asking questions.

"I was very lucky with both pregnancies and had no problems, thank God, but it’s not always that simple."

On Friday, Jac had insisted that she was ‘tired’ and needed to spend time with her family as the 26th annual ceremony kicked off at London’s O2 Arena.

“It’s the first time in 10 years I haven’t been. I just really feel so tired and needed some family loving.

“My girls are everything and bowling was worth it. I’ll be on it next year but I just didn’t fancy it this year.”

The former jungle queen, who won I'm A Celebrity Get Me Out Of Here! in 2019 then confirmed once again that she was happy being a mum to Ella, six, Mia, three and stepmum to Teddy, eight, and was not thinking about having another baby with her husband, former TOWIE star Dan Osborne, 30.

She stated, " I am not looking to add to my family."

This isn't the first time that Jac has been forced to comment on her pregnancy plans. Earlier this month she revealed to OK! magazine, that she wasn't going to expand her brood. "I feel like our family is complete," she commented.