Ivanka and Jared thought they were ‘shadow president and first lady,’ Grisham claims 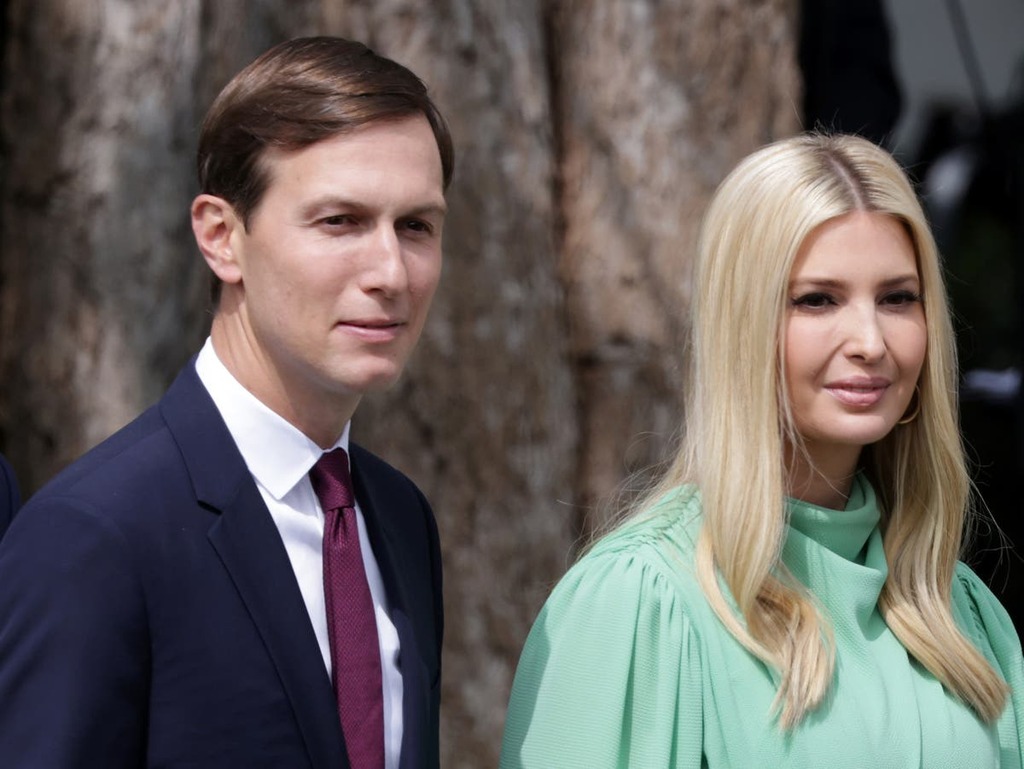 Stephanie Grisham has already revealed one nickname that White House staffers had for Jared Kushner and Ivanka Trump. Now she’s revealed how the couple, in her opinion, viewed themselves.

“I believe that he [Mr Kushner] and Ivanka kind of thought they were a shadow president and first lady,” the former Trump aide told CNN.

Ms Grisham, who served as Donald Trump’s press secretary and Melania’s chief of staff, is currently promoting her new book, I’ll Take Your Questions Now: What I Saw at the Trump White House.

The memoir is filled with unflattering stories about Mr Kushner and Ivanka Trump, who she found arrogant and abrasive.

“When I worked for the first lady in the East Wing, we had all come to call Jared and Ivanka ‘the interns’ because they represented in our minds obnoxious, entitled know-it-alls,” Ms Grisham writes. “Mrs Trump found that nickname amusing and occasionally used it herself.”

Ms Grisham saves her harshest words for Mr Kushner, whom she refers to as “Rasputin in a slim-fitting suit”.

In the new CNN interview, the former press secretary detailed how Mr Kushner refused to play by the same rules as the rest of the White House. When Mark Meadows became chief of staff, she said, he demanded that everyone check with him before hiring someone. But Mr Kushner allegedly “told him what he thought of that” and proceeded to hire whoever he wanted.

“He got really heady with power,” Ms Grisham said. “He did what he wanted, and nobody challenged him.”

The former Trump aide also said Mr Kushner had a habit of taking over policies he knew nothing about – and then, when things went wrong, he and Ivanka would disappear on vacation.

“He would dive into these areas where I know he had absolutely no expertise and claim to save the day, and then he would leave,” she said.

The Independent has attempted to reach Mr Kushner through his book publisher, but has not yet heard back.

Both Melania and Donald Trump have vehemently denied Ms Grisham’s account of her time in the White House.

“The intent behind this book is obvious,” the former first lady’s office said in a statement. “It is an attempt to redeem herself after a poor performance as press secretary, failed personal relationships, and unprofessional behavior in the White House. Through mistruth and betrayal, she seeks to gain relevance and money at the expense of Mrs Trump.”

The former president went even further.

“Stephanie didn’t have what it takes and that was obvious from the beginning,” Mr Trump said in a statement. “Now, like everyone else, she gets paid by a radical left-leaning publisher to say bad and untrue things. Too bad that sleaze bag publishers continue to report this very boring garbage.”