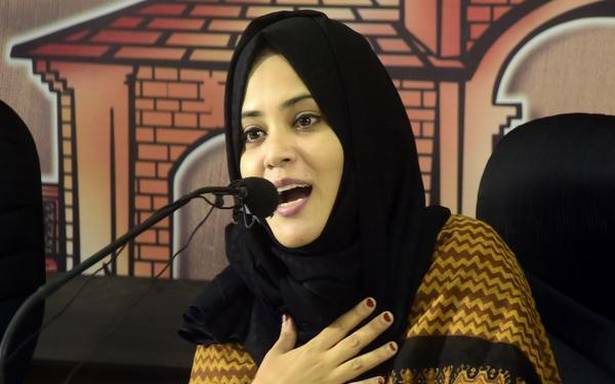 IUML national president K.M. Kader Mohideen said in a press statement that Ms. Thahiliya was removed from her post as per the recommendation of the party’s State committee. Ms. Thahiliya had violated the party discipline by publicly criticising the party and its leadership for the recent action against the State leaders of the Haritha, the women’s wing of the MSF.

Ms. Thahiliya was found to have played a silent but solid role in the complaint of sexual harassment against MSF State leaders given by Ms. Thabsheera and nine others to the State Women’s Commission. Ms. Thabsheera and team refused to withdraw the complaint in spite of having been asked to do so by the IUML leadership because of the support they got from a section led by Ms. Thahiliya.

Ms. Thahiliya had criticised the party for the way it reconstituted the Haritha State committee.

IUML State general secretary P.M.A. Salam said here on Monday that indiscipline would not be tolerated at any cost. He said the party had proscribed them from responding publicly about the issue for which a solution was being found internally.

Meanwhile, the newly constituted State committee members of the Haritha met the leaders of the IUML and the Vanitha League here on Monday and held discussions with them.