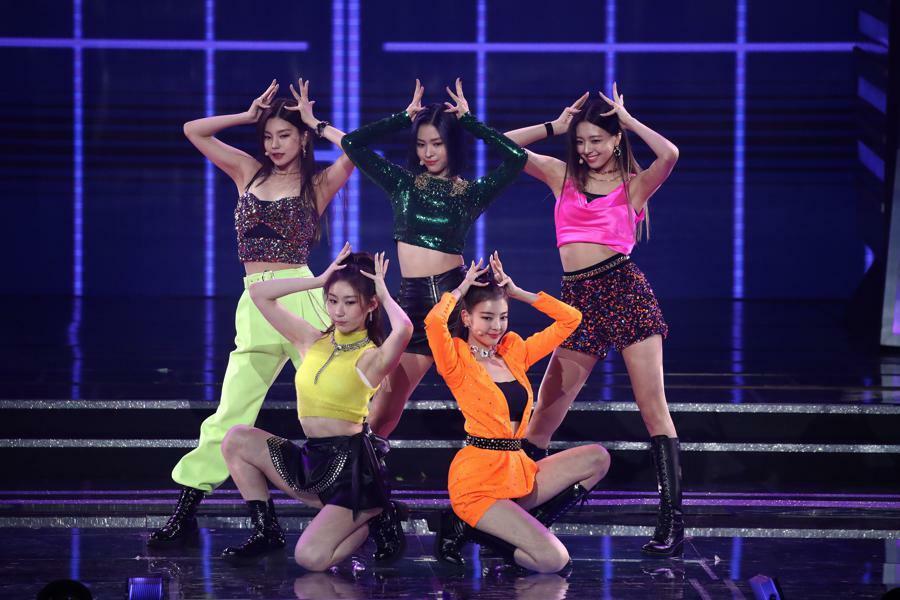 As their first full-length album Crazy In Love arrives on charts all around the world, the lead single from Itzy’s latest project also becomes a success for them in a number of territories and on several rankings. The tune helps the band return to the Billboard Global 200, a weekly roster run by Billboard that lists the most-consumed songs in the world combining sales and streams. As their new smash debuts, Itzy proves themselves to be, once again, one of the most popular vocal acts emerging from South Korea.

Itzy’s new single “Loco,” which fronts Crazy In Love, debuts on this week’s Billboard Global 200 at No. 44. The girl group has now appeared on the competitive ranking with three different tracks, and with one more win to their credit, the band advances on the all-time ranking of the most successful South Korean girl groups.

A third hit on the Billboard Global 200 helps Itzy break out of a tie with Aespa and Twice, as those two groups have thus far only landed a pair of wins on the tally. Before this week, Itzy was on the same level as those beloved acts, but now that “Loco” has blasted onto the ranking, things are no longer even.

Itzy now claims the second-most Billboard Global 200 appearances among South Korean girl groups, coming in behind only Blackpink. That quartet is in a distant first place in this regard, as the “How You Like That” hitmakers are the only all-female K-pop band to accrue double-digit placements on the ranking. The four-member vocal act has already sent 10 tunes to the tally.

In a little more than a year (the Billboard Global 200 launched last September), Itzy has consistently pushed new singles to the chart, quickly racking up one of the most impressive discographies among South Korean acts. So far, in addition to “Loco,” the band’s other hits “Not Shy” and “In The Morning” peaked at Nos. 124 and 34, respectively.