ITV The John Bishop Show: Comedian's devastating split from wife of decades and the happy ending that followed 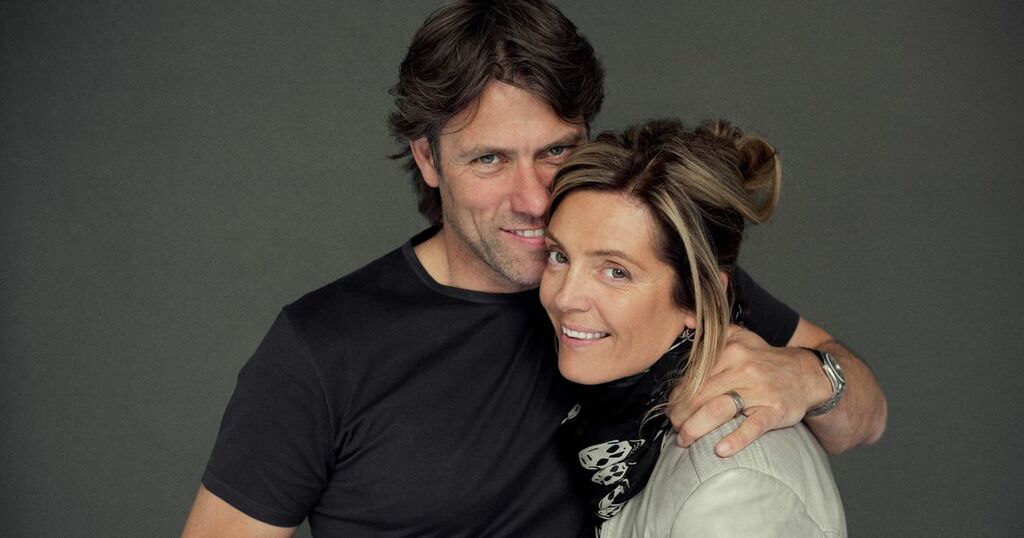 John Bishop fronts his self-titled John Bishop Show on ITV on Saturday night. It's one in a long line of programmes under the comedian and TV star's belt.

But John has shared the heartbreak he went through when he split from his wife of many years, saying he "couldn't stop the tears".

John Bishop opened up on what happened in 2014 when he discussed the split from wife Melanie, who he'd married in 1993.

Read More: Tom Jones convinced me to quit rock and roll to become a priest

He told The Mirror: “There was no huge fight or revelation about someone else. We just grew apart. Maybe it had something to do with having three kids so quickly. For six years there was always someone in the house in nappies."

"Our marriage just faded. You realise that the person you wanted to spend your life with no longer wants to be with you, or you with them. Suddenly it felt like walking round the house with drawing pins in your shoes.”

But after they split, he described how he struggled with the idea of Melanie one day meeting another man, saying: “The realisation cut me in half. I couldn’t stop the tears from falling as I tried to get wellies on the lads."

"No man wants to cry in front of his sons but it’s even worse when you don’t know why you’re doing it.’”

While they were separated and it was Melanie's turn to look after their three sons, Bishop said he would "sink a bottle of wine" and watch daytime TV: “I was drowning out the pain of the only person I really loved not wanting me any more.”

And, thankfully, there was a very happy ending in this, because John and Melanie got back together, and still are together now.

It happened because she visited a comedy club to find John telling jokes about killing her and keeping her head in the fridge because he "knew I’d miss her”.

He said: "We met up after the show and she said seeing me up there reminded her of me as I used to be. When I was a good laugh."

John and Melanie remain happily married after nearly 30 years, and they live on a farm in rural Cheshire.

On their 27th wedding anniversary, John shared a video of Melanie wearing her wedding dress and dancing in their garden, saying: "Every year she gets into the wedding dress and spins in the garden.and every year I get a little bit fatter and wonder where the years went."

“When I first saw Melanie I knew she was the only one for me, and it still feels a bit like that now,” he said.

After their wedding in 1993, John and Melanie welcomed their eldest son, Joe, the following year. Luke was born in 1996, followed by Daniel in 1998.

Dedicated family man John has publicly spoken about his three boys on a number of occasions, and gave a powerful speech at the LGBT awards in 2018, which earned him a standing ovation.

John, who was named Ally of the Year at the ceremony, told the audience: "I was so pleased to be nominated. I brought my whole family, my wife and my three sons who I love and I am massively proud of.

Don't miss out on the biggest local stories. Share your email here for all the latest daily news and more from Wales Online.