Coronation Street fans pointed out a bit of a blunder on the soap tonight.

In previous episodes of the ITV soap, Peter Barlow assaulted Dr Thorne after discovering that the surgeon had taken a selfie with his liver in the operating theatre. The doctor had rushed Peter’s operation in order to win a bet.

As a result, Peter raised a complaint with the hospital threatening to have Mr Thorne 'struck off'. But after the assault, Dr Thorne pressed charges on Peter causing the men to be at loggerheads.

Tonight's episode showed Peter's partner, Carla, waiting outside the hospital hoping to get the doctor to drop the charges on Peter. He asked her to dinner, to which she refused but she did later end up giving him her mobile number for when he had "decided what to do."

But fans were quick to point out the unrealistic nature of the scene. Taking to Twitter they shared their thoughts.

Snack said: "Is the Dr who’s been suspended from hospital back at the hospital again? And Carla was waiting on the off chance he’ll be there? Fair enough."

The doctor later also met with Peter himself and the pair tried to come to a truce. Mr Thorne offered to drop the charges against Peter and retire with immediate effect if, in return, he withdraws his complaint with the hospital.

Peter returned home and found that Carla had accidentally left her phone behind. He was horrified to read a message from Mr Thorne telling her he looked forward to their dinner.

Coronation Street airs Mondays, Wednesdays and Fridays at 8.30pm on ITV and the ITV Hub 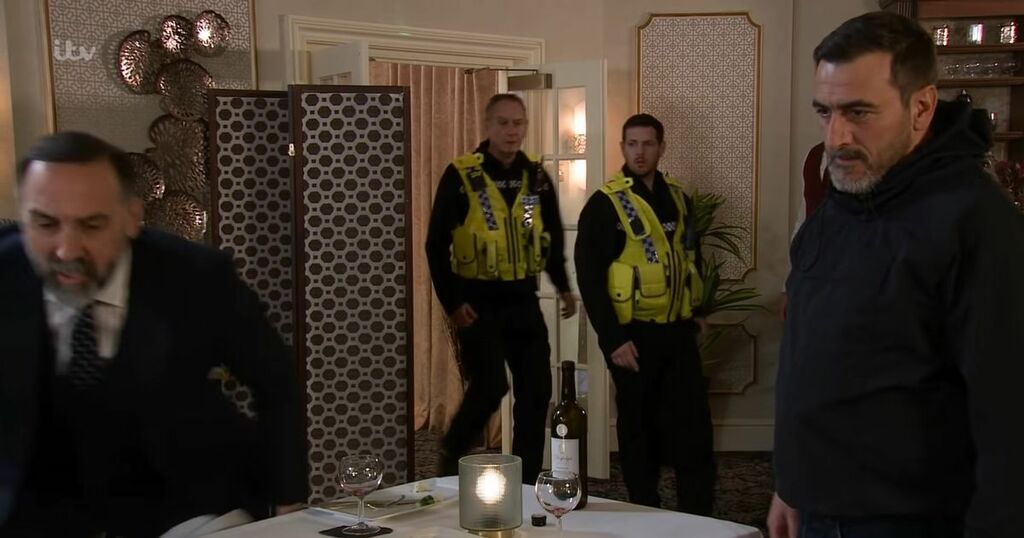 Manchester Evening News
Corrie fans horrified over Indecent Proposal storyline for Carla Connor and ask 'what do you think you're doing?'

Coronation Street viewers were appalled by the sleazy scenes