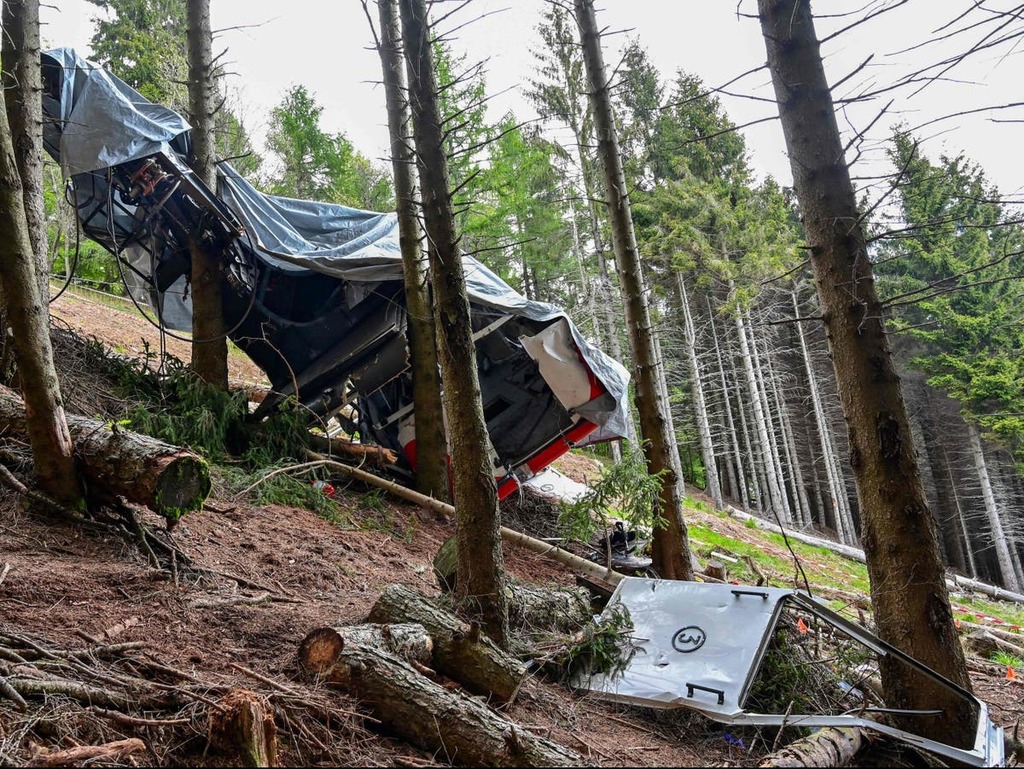 Italian prosecutors have launched an investigation after a six-year-old boy, who was the sole survivor of a cable car crash in May, was taken to Israel by his grandfather.

Eitan Biran’s parents, two-year-old brother and two of his great-grandparents were among 14 people who died after the car crashed into a mountainside in northern Italy earlier this year.

He was released from a hospital in Turin in June following weeks of treatment for critical injuries and Italian youth court officials ruled he could live with his paternal aunt near Pavia.

But the aunt, Aya Biran-Nirko, told reporters on Sunday that Eitan’s maternal grandfather had taken the boy out during an agreed visit the previous day, then flew him without permission to Israel.

She said the youngster had been undergoing both physical therapy and psychotherapy since his hospital release and was due to have follow-up medical visits this week, including one in Turin.

"His bed is empty, his toys and clothes were left behind,” she said, adding that his “new desk, school backpack, notebooks, pencil case and books were ready” for his first day of class on Monday.

The aunt said when the maternal grandfather had come to pick Eitan up for an arranged visit on Saturday morning, it was agreed the boy would be back by dinner.

But she filed a police report on Saturday night when Eitan had not returned, according to Italian news reports.

The maternal grandfather could not immediately be reached for comment, but Gali Peleg, a sister of Eitan’s late mother, denied the boy had been snatched from Italy.

“We did not abduct Eitan,” she told an Israeli radio station. “We will not use that word. What happened is that we brought Eitan home.”

She would not say exactly where the boy was, only that he had arrived on Saturday.

“We are caring for his emotional state and health,” she added.

Ms Biran-Nirko, a doctor with her own children, told reporters that Eitan had Italian citizenship and had been living with his parents in Italy since he was a toddler.

It was not immediately possible to confirm if the child also had Israeli citizenship, but he reportedly had an Israeli passport.

The aunt in Israel told the radio station the boy “screamed from excitement when he saw us. He said, ‘I’m finally in Israel’.”

She added that “everything we did was only for the good of the boy”.

Ms Biran-Nirko said she was “certain and full of hope” that Israeli and Italian authorities would work together “to ensure his return home” to Italy.

Investigators are still working to establish the cause of the crash on 23 May this year, but prosecutors believe the emergency brakes may have been deliberately disabled.

Fifteen people had boarded the cable car in the town of Stresa, next to Lake Maggiore, for the 20-minute ride.

When the lead cable of the car snapped, the emergency brake failed to prevent the car from reeling backwards down the support line.

The cable car came off the line entirely when it hit a support pylon, crashed to the ground and then rolled down the Mottarone mountain until it was stopped by a stand of trees.