By Clea Skopeliti and Alfie Packham 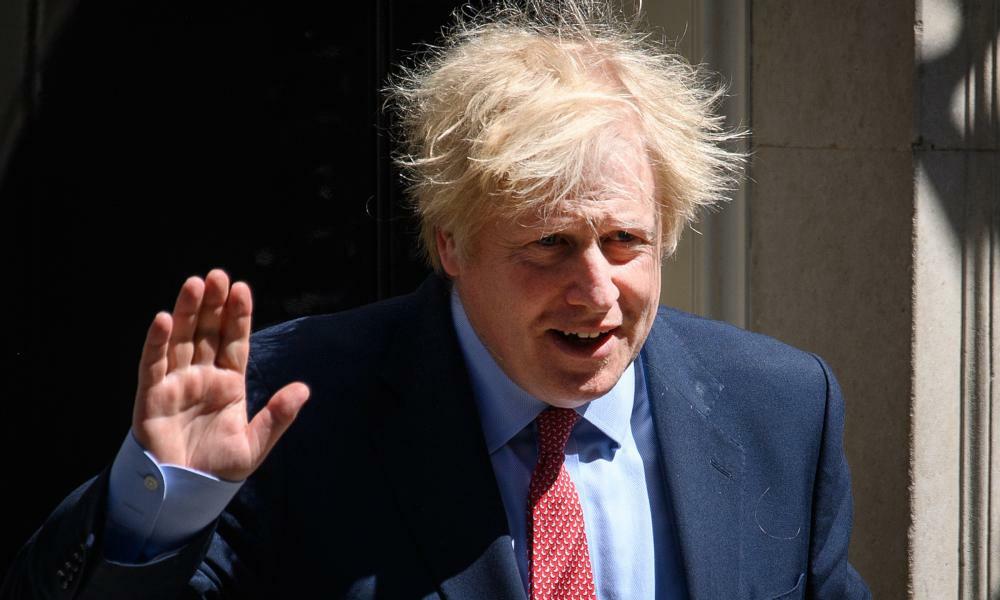 On 20 May 2020 the UK was two months into its first lockdown, with many isolated and barred from seeing friends and family even in the most difficult circumstances.

The news that a “bring your own booze” party was allegedly held in Downing Street on that day has been met by many with anger, but also a lack of surprise: it’s the latest in a series of similar revelations.

Five readers share memories of where they were on the day and how they felt when they heard the news.

‘We had to grieve in solitude’

The day of the No 10’s “socially distanced drinks” has a particularly heavy significance for Laura Backhouse: it was the day of her husband’s funeral. He had died alone in hospital 10 days earlier, from leukaemia, at the age of 44.

“Ten of us stood by his graveside, socially distanced, while the vicar said a simple prayer,” says Backhouse, a 41-year-old HR manager in York. Her children, eight and 10 at the time and attending their first funeral, were not allowed to “hug their grieving grandparents, who had lost their only child”. As wakes were not permitted at the time, the family “returned alone to [their] house to continue to grieve in solitude”.

Backhouse says that at the time she found solace in the idea that everyone was in the same boat. “It was personally a very awful time, but the fact everyone was doing same thing was some comfort. We couldn’t have a proper funeral, but no one I know was breaking any rules,” she says. “Nothing surprises me any more, but it’s shocking that they thought [holding a party] was acceptable and no one spoke out at the time.”

‘My family couldn’t come and help with our newborn’

20 May 2020 was 35-year-old Claire Mawson’s first day back home after being rushed into hospital for emergency spinal surgery. Mawson, a learning and development manager in Essex, was a new mother at the time, having had her baby less than a month before. “[My husband and I] weren’t allowed any members of family to come and help. I was unable to walk unaided and needed help using the bathroom all while caring for a three-week-old,” Mawson says.

Had the UK not been in lockdown, “my mum, his mum, all of our friends and family would have taken it in turns to come look after us,” Mawson says. “That first day [home] was just so sad. I couldn’t hold my baby, I was just in bed not able to move. My husband was doing all the baby duties.”

Recent revelations about government rule-breaking have hit Mawson hard. “It’s actually heartbreaking, to be honest,” she says. “A few weeks ago, I actually just sat down and cried to my husband, because I was just like, how can they do that? There’s people that have died, there’s families that haven’t been able to see their loved ones.”

‘Our daughter’s mental health has not recovered’

Mike, a chiropractor in Nottinghamshire, wasn’t surprised by the news. “It’s what, the seventh or eighth party that’s been declared?” the 52-year-old says. “But why are we only finding out about this now?”

Mike was home schooling his children on 20 May 2020, during a lockdown that has had a sustained impact on his daughter’s mental wellbeing. “Her mental health crashed,” he says. “She needed social interaction with friends … it was against the law for us to take her to see a friend.”

His daughter, 11 at the time, was stuck at home until schools partially reopened in June, but was “terrified” about moving to secondary school as “no visits were allowed to ease the process”. Mike adds: “Her mental health has not recovered.”

‘I was in intensive care, looking after Covid patients’

On 20 May 2020, Pete, a 42-year-old theatre nurse in Swansea, was looking after Covid patients in intensive care. “We’d been trained to work in ITU to help with the workload, and we were in the ‘red zone’, face to face with Covid patients on ventilators,” he says, recalling the day of the No 10 party.

Like many, Pete feels “furious” despite his lack of surprise at the news. “I’ve seen people say prayers over iPads, taken so many tearful phone calls from people,” he says. He’s mainly worried that attention will quickly move on: “In a few days, eyes will be turned elsewhere and this will be another ‘gaffe’ to add to the list. We’re all just shouting in the wind.”

‘We were stuck in front of our computers’

In Hertfordshire, Geraint Cooksley, 47, who leads a mapping and surveying team, remembers working into the night to a tight deadline on 20 May 2020. “It was a very long, hot, stuffy day. I did think at the time it was a shame we were all stuck in front of our computers, but didn’t mind too much as I had in mind that everyone else was in the same boat.

“I thought, at least we’re all at work. I’d rather be doing this than being out of work, so let’s get through it. It was a day our team pulled together to get things done.”

The leaked email “seems crazy”, says Cooksley. “We’ve all had to make sacrifices. So it feels like a real kick in the teeth that while people were keeping the country going, others were faffing around and doing what they liked, against the rules.”