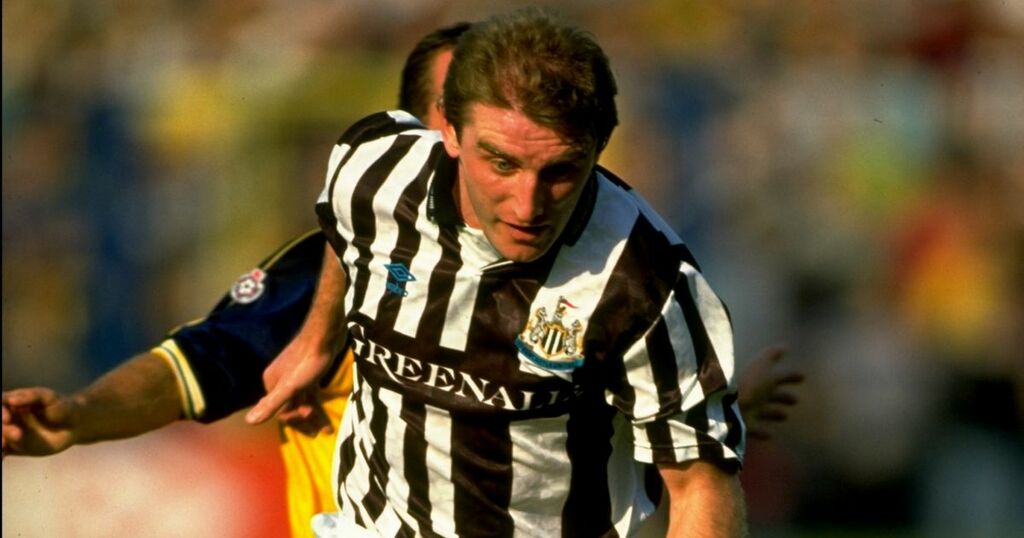 John Anderson feels that Steve Bruce is feeling the pressure at Newcastle United after being left alone to field questions on the club's faceless post-transfer window statement.

The tough-tackling former Newcastle full-back, who served the club for a decade of his career, is the well-known voice of BBC Radio Newcastle and has watched the club's fortunes closer than most since hanging his boots up and heading for the commentary box.

Andreson was in the Press room as Bruce's after game media call left journalists shocked as he blamed the local media for negativity.

Anderson told Chronicle Live: "I don't think it went down well with the fans.

"I know we were beaten at Old Trafford and it looked really heavy, the overall scoreline wasn't a true reflection of the game.

"I thought we played well and counter-attacked well. We got the balance of it well.

"You can't legislate for the goals we conceded. Nobody can.

"But I think he (Steve Bruce) is feeling the pressure, it's bound to affect you.

"People above him should as it puts more unnecessary pressure on Steve Bruce."

A bad start to the season, with one point yielded from 12 so far, leaves Newcastle in the relegation zone of the Premier League.

True, it is early days, and Bruce and Newcastle proved they could climb away from danger last term.

Although, Anderson feels it is symptomatic of an uneasy and uncertain political backdrop, not helped by the club's failed takeover bid from a Middle East consortium which has now been parked by the Premier League.

When asked about Newcastle's plight, Anderson reflected: "It saddens me.

"I don't think we help ourselves at times, I think the problem is quite a lot of supporters didn't want Steve Bruce here in the first place.

"He needs to be very careful what he says, everything is scrutinised and it gives those people who never wanted him in the first place that ammunition to have another pop at him."

United's fixture against Leeds will be under the microscope with Sky Sports bringing their Friday Night Football show to Tyneside.

The coverage will involve Gary Neville and Jamie Carragher heading to a Newcastle pub to get a feel for public opinion with those views set to be transmitted to a nationwide audience.

Anderson said: "It hasn't been the start to the season people wanted, when you looked at the fixture list.

"West Ham, Villa and Southampton and you thought it wasn't a bad start.

"Obviously going to Old Trafford was always going to be difficult.

"You would have wanted more points than we've got.

"This Leeds game now, and especially with it being Friday night and being on TV, the scrutiny grows even more.

Newcastle boss Bruce must now pick up the pieces and put together a team that can pick up their first win of the season.

The back five clearly isn't working and Anderson added: "I think he's looking for that right blend defensively.

"I don't think he's found that yet. People who watch the game you can see the defensive blend hasn't been there.

"In the opening three games the three centre-backs have left us wide open, we've been easy to get at.

"It's been easy to get behind the wing-backs. I thought it was better in terms of shape at Old Trafford.

"The shape and discipline was better.

"We closed players down better. But I still think he's looking for that right blend."

Anderson also feels the tactical chaos, which sees Newcastle with the most goals conceded so far, gives a big clue to Bruce's transfer plans.

Anderson said: "I don't think it's (a back five) something you can just do, you have to work at it on the training ground.

"I honestly think Steve Bruce would prefer to play with two centre-backs.

"A straight back four. But again it's about the blend, and I don't think he believes he's got two who are good enough to play together.

"I don't think there's that pace to do it, so he takes it out the equation and plays three and hopes they compliment each other.

"That's why he wanted that centre-back in the window, somebody with the presence and the pace about him. He wasn't able to do that.

"So not only are you changing one centre-back, you are changing both full-backs too.

"On the evidence of what we've seen Jamal Lewis doesn't look an out and out defender, positionally he isn't great.

"Javier Manquillo could play and you have Emil Krafth although he's come in for a lot of criticism.

"It's all about finding the blend. Finding that right blend and up to now we haven't got that."