For more than a decade, he was a feared presence in Iran, presiding over a vast intelligence apparatus. He crushed domestic dissent and political rivals, and expanded covert operations beyond Iran’s borders to target dissidents and enemies abroad.

Hossein Taeb, a 59-year-old cleric and chief of intelligence for the powerful Revolutionary Guard, seemed untouchable.

That was until he was abruptly removed from his position last week, a casualty of a relentless campaign by Israel to undermine Iran’s security by targeting its officials and military sites, according to officials and analysts in both countries.

A botched Iranian effort to target Israeli citizens in Turkey, which caused an embarrassing diplomatic crisis with Ankara, a regional ally of Tehran, eventually tipped the balance, according to Israeli intelligence officials briefed on the Iranian plot who requested anonymity to discuss sensitive operations and intelligence topics.

The removal of Taeb was an acknowledgment by Tehran that confronting the threat from Israel required new leadership and a reset of strategies and protocols, according to Mohammad Ali Abtahi, a reformist former vice president of Iran and cleric who was ousted by conservatives in 2009 but has maintained close ties to top officials.

“The security breaches inside Iran and the vast scope of operations by Israel have really undermined our most powerful intelligence organization,” Abtahi said by telephone from Tehran. “The strength of our security has always been the bedrock of the Islamic Republic and it has been damaged in the past year.”

Calls to purge Taeb appeared amid a growing climate of mistrust within the Iranian leadership after a senior commander in the Revolutionary Guard, Brig. Gen. Ali Nasiri, was secretly arrested on allegations of spying for Israel, according to a person with close ties to top officials in the Revolutionary Guard and another with knowledge of the arrest. They and other Iranian officials quoted in this article requested anonymity because they were not authorized to speak on the record about internal discussions.

Officials with Iran’s mission to the United Nations said they had no immediate comment about the claims.

Nasiri’s detention came two months after several dozen employees of the Ministry of Defense’s missile development program were arrested on suspicion of leaking classified military information, including design blueprints of missiles, to Israel, according to an Iranian official familiar with the raid.

During the past year, Israel has intensified the scope and frequency of its attacks inside Iran, including on the nuclear and military sites that Taeb’s organization was responsible for protecting.

One of the Israeli officials said part of the strategy entailed exposing failures by the Revolutionary Guard in their covert war with Israel in the hope that it would create conflict between political leaders and the defense and intelligence establishment.

On Monday, three Iranian steel factories, one of them the state-owned Khuzestan Steel, were hit in a cyberattack, forcing one to halt its production line. The three factories hit Monday are major suppliers of steel to the Revolutionary Guard, according to a Western intelligence official.

A group of hackers known as Gonjeshke Darande claimed responsibility. The same group claimed responsibility for another cyberattack in November that disabled gas stations across Iran and that U.S. officials said was connected to Israel. Officials in Israel declined to confirm the source of the attacks.

Israel’s spy network has infiltrated deep into the rank and file of Iran’s security circles, Iranian officials have acknowledged, with Iran’s former minister of intelligence warning last year that officials should fear for their lives, according to Iranian media reports.

Keren Hajioff, a senior adviser to Prime Minister Naftali Bennett of Israel, said in an interview that the strategy targeting Iran was part of Bennett’s “octopus” doctrine.

“This doctrine is a strategic shift from the past, when Israel focused on Iran’s proxy ‘tentacles’ across the region, in Lebanon, Syria and Gaza,” she said. The new tactic, she added, was “a paradigm shift: Now we go straight for the head.”

Israeli agents have carried out assassinations with remote-controlled robots and in drive-by shootings, flown drones into sensitive missile and nuclear facilities, and kidnapped and interrogated an agent of the Revolutionary Guard inside Iran. Tehran also suspects that Israel killed two of its scientists in May.

Taeb was appointed head of the Revolutionary Guard’s intelligence organization in 2009 after nationwide unrest over disputed presidential elections. He had previously served as chief of the Basij, a plainclothes militia notorious for attacking and sometimes killing protesters.

Taeb enforced systematic crackdowns with a brutality that elevated the intelligence organization from an obscure security unit to the most feared spying operation in the country.

Taeb, a trusted ally of Iran’s supreme leader, Ayatollah Ali Khamenei, placed opposition leaders under house arrest, dismantled many civil society groups, arrested activists and dual nationals and kidnapped dissidents in neighboring countries. In at least one incident, one of the dissidents was executed after being forcibly returned to Iran. In a video praising Taeb released by the Revolutionary Guard this week, those actions were cited among other “accomplishments.”

More recently, Taeb had been under pressure to root out Israel’s network of spies in Iran and to strike back, according to an adviser to the government and another person affiliated with the Revolutionary Guard.

Nasiri, who was arrested in June, served as a senior commander in the Revolutionary Guard’s Protection of Information Unit, tasked with oversight and supervision of the organization’s work.

His arrest, combined with the repeated attacks by Israel, rattled the leadership in Tehran, according to the Iranian officials with knowledge of the situation. Some began quietly calling for Taeb to resign or be removed, the officials said.

Taeb requested one more year in his post to rectify the security breaches, the person affiliated with the Guard said.

Then came the plot to target Israelis in Turkey.

On June 18, an Israeli intelligence official, who spoke on condition of anonymity to disclose the intelligence data, said that Mossad believed Iran was planning attacks against Israeli tourists and citizens.

The Israeli Counter-Terrorism Headquarters raised its alert for Turkey to the highest level and told all Israelis in Istanbul to lock themselves in their hotel rooms.

The intelligence official said that Israel had informed Turkey and shared information showing that Taeb was behind the plot, which it said was in retaliation for the killing in May of Col. Sayad Khodayee, the deputy commander of another covert Revolutionary Guard unit.

Saeed Khatibzadeh, spokesman for the Iranian Foreign Ministry, said last week that Israel’s allegations that Tehran had planned to attack Israelis in Turkey were “ridiculous” and “a precooked scenario to damage the relationship of two Muslim countries.”

Turkey arrested five Iranians and three Turkish nationals suspected of having been involved in the plot, seizing two pistols, two silencers and documents and digital material containing the identities and addresses of individuals said to be on the target list, Turkish news media reported. Turkish authorities did not respond to requests for comment.

Bennett said last week that “cooperation is taking place at all levels” with Turkey and had yielded results. The Turkish foreign minister, Mevlut Cavusoglu, at a news conference Thursday with Yair Lapid, his Israeli counterpart, said Turkey would not tolerate “score-settling” and “terror attacks” on its soil.

A regional alliance between Arab countries and Israel has been shaping up against Iran, and the crisis threatened to push Turkey, a key regional ally for Tehran, closer to the Israeli camp. Iranian Foreign Minister Hossein Amir-Abdollahian was in Turkey on Monday for a meeting with President Recep Tayyip Erdogan and Cavusoglu to discuss the crisis.

“Turkey was the tipping point for Taeb. It made Iran look incompetent and increased its vulnerability, and they had to finally get rid of him,” said Omid Memarian, an Iran expert with Democracy for the Arab World Now, an advocacy group based in Washington.

Some conservative lawmakers in Iran have told news outlets that the replacement of Taeb was nothing out of the ordinary and that his term had simply come to an end. But one tweeted that Taeb’s removal was one of the most significant in the history of the Islamic Republic.

On Saturday, Iran also replaced the head of a Revolutionary Guard unit that provides security for Khamenei and his family, and on Monday, a new head for the Guard’s Protection Information Unit was announced. More reshuffling of senior commanders is expected, analysts say.

Hossein Dalirian, an analyst affiliated with the Revolutionary Guard, said in an interview, “It was necessary after 13 years to have a leader with new blood to manage things going forward.”

“It is expected that security and intelligence activities will get stronger and Iran’s enemies should expect more heavier blows,” he added. 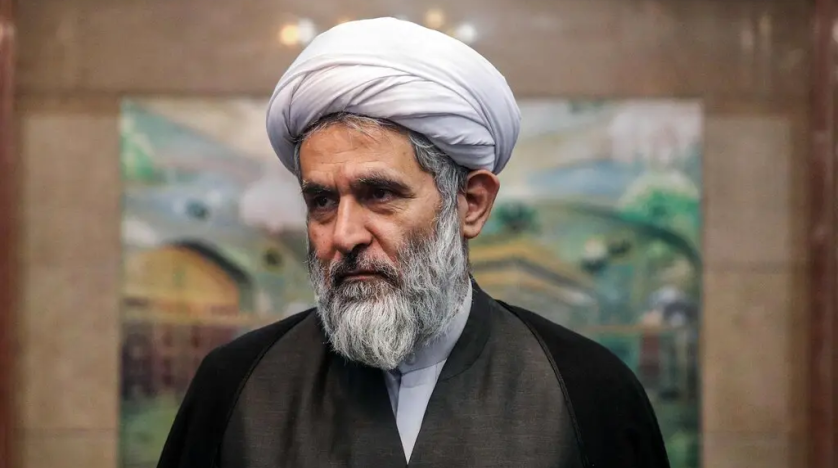 Israel’s Spies Have Hit Iran Hard. In Tehran, Some Big Names Paid the Price.
For more than a decade, he was a feared presence in Iran, presiding over a vast intelligence apparatus.

Asharq Al-Awsat
One subscription that gives you access to news from hundreds of sites
Is Iran's IRGC falling apart from the inside? - analysis

The problem for Iran is not whether this is true, but whether the perception of the truth of Iran’s internal…