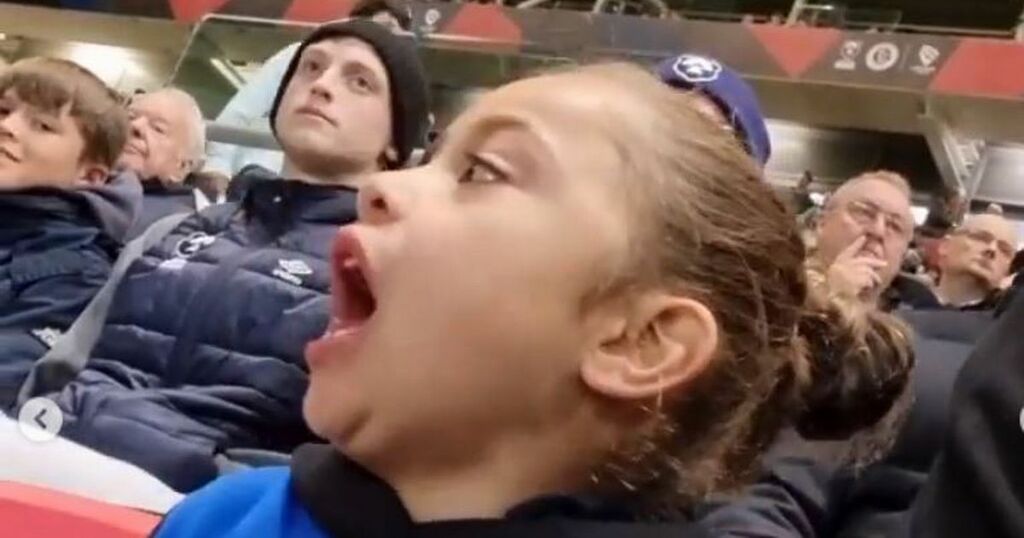 Taulupe Faletau's five-year-old son has charmed rugby fans after standing out in the crowd supporting his dad's team.

An excited Israel, wearing his Bath kit, is shown bellowing the words 'Come on you Bath' repeatedly, much to the delight and amusement of fellow supporters sat near him in the ground.

A picture taken at the end of the evening then shows the exhausted youngster fast asleep in the car on the way home after giving the game his all.

Director of rugby Stuart Hooper has said: “Taulupe is back training, we’ll be looking to get him back when he’s ready, but not too quickly because he’s played a lot of rugby over the last few years.

"We need to give him a good break and then re-condition him to get him up to speed.”

Faletau has two children with wife Charlotte Rhys-Jones, who he married in 2019, with their youngest son Ezekiel born in January that year.

Charlotte is the sister of Gareth Bale's wife, Emma Rhys-Jones

The Wales and Lions star has previously spoken of the support he has received from his family and how becoming a father changed him.

"He (Israel) was born in the season I joined Bath, at the end of September. I didn’t really have that perspective before. At the time it was just rugby that would occupy my mind," he said in an interview with the Telegraph.

"I would go home after a bad game and think about it that night. Now with a little one, you have that distraction to take your mind off things and you’re just happy to be home.

"It has changed me. You give your all to the rugby, but arriving home to the little one shows you there is more to life."