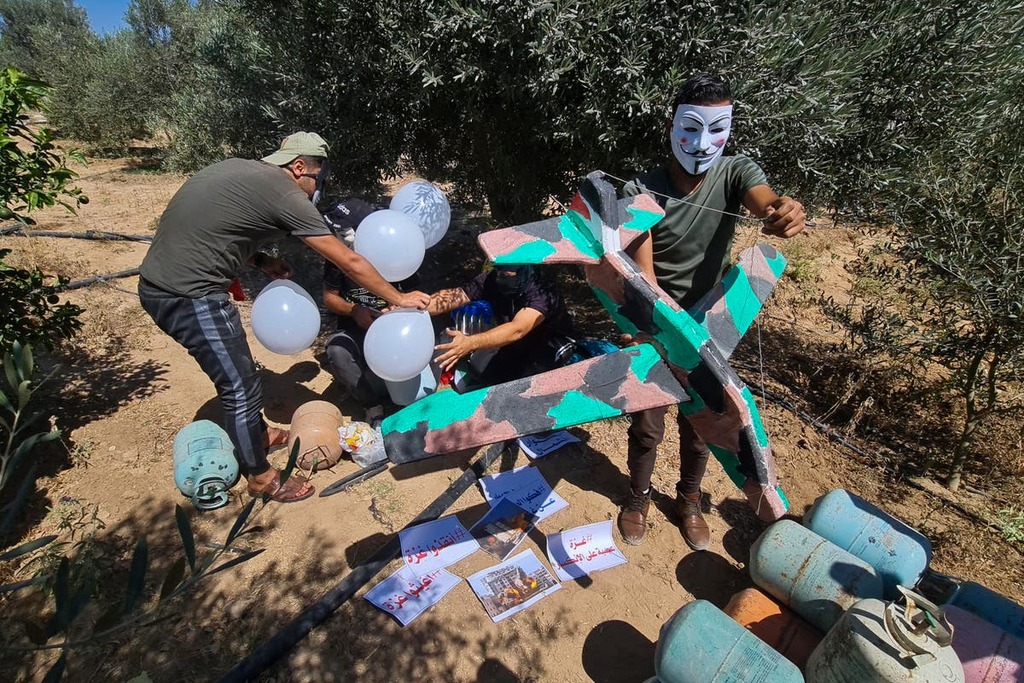 Israel has launched airstrikes on what it claimed was a Hamas military site in the Gaza Strip, after incendiary balloons were sent into Israeli territory, the army said.

Fighter jets on Tuesday struck a rocket manufacturing workshop as well as a military compound in Khan Yunis, a city in southern Gaza, according to the army statement.

The army said the compound houses a cement factory used for building tunnels used for terror attacks “and is purposefully located in a civilian area adjacent to a mosque and a water treatment site”.

The strikes came in response to Hamas-launched incendiary balloons into Israeli territory, the army said.

On Monday, hundreds of supporters of Islamic Jihad rallied in Gaza, and the militant group sent incendiary balloons across the frontier in support of six Palestinian prisoners who had tunnelled out of one of the most secure Israeli prisons overnight.

It was the biggest prison break of its kind in decades.

Israel has launched a massive manhunt in the country’s north and the occupied West Bank. The search continued Tuesday.

The escape marks an embarrassing security breach just ahead of the Jewish New Year, when Israelis flock to the north to enjoy beaches, campsites and the Sea of Galilee.

The prisoners appear to have gone into hiding and there was no indication Israeli authorities view them as an immediate threat.

Palestinians consider prisoners held by Israel to be heroes of their national cause, and many celebrated the escape on social media.

Efforts to capture the escapees will likely draw attention to the Palestinian Authority’s security coordination with Israel, which is deeply unpopular among Palestinians.

There was no immediate comment from the PA, but President Mahmoud Abbas’ Fatah party praised the escape.

A photo released by the prison service showed a narrow hole in the floor of a cell, and Israeli security forces could be seen examining a similar hole on a stretch of gravel just outside the walls of the prison.