'Isolated' pervert asked girl, 14, to visit his home for sex 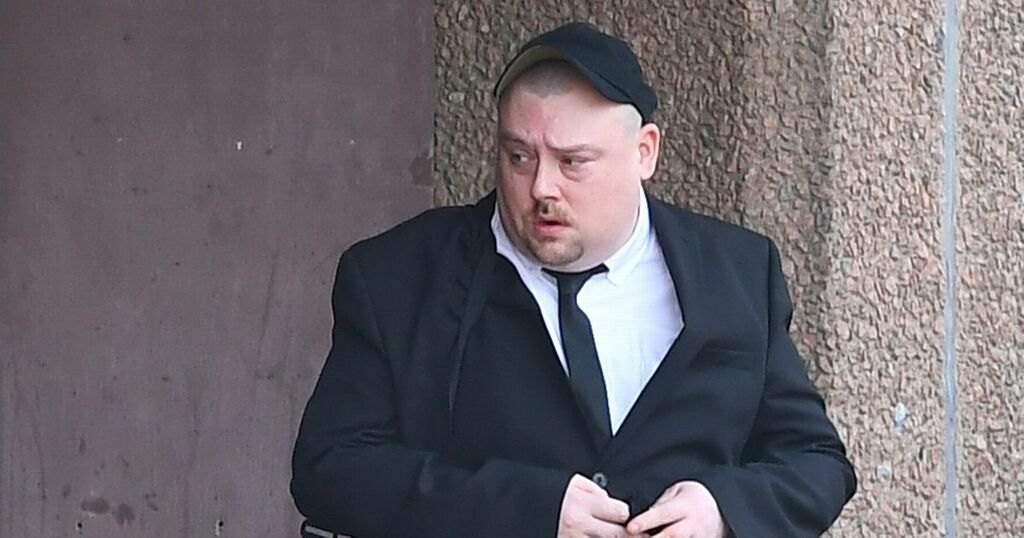 A pervert invited who he thought was a 14-year-old girl to his home for sex.

Paul McAuley told the 'girl' on an adult dating site to beware of predatory men before grooming her and arranging for her to visit his home.

The 38-year-old asked "Would you like a guy to have sex with?" among other lewd comments in chats that spanned just under two months.

Unknown to McAuley he was actually speaking to a paedophile hunter who passed on all the conversations to police.

He said McAuley started talking to the 'girl' on November 14 last year while using the name 'Brock'.

Mr Stephenson said one of the first interactions was the decoy telling McAuley he was a 14-year-old girl.

He said McAuley "warned" the girl on the over-18s dating app, Jaumo, "there will be men looking for sex on this app".

They then swapped numbers and began messaging over Whatsapp when he asked her "if she fancied him at all".

Mr Stephenson said McAuley had been drunk when sending a lot of the messages, adding they often took place through the night.

He sent vulgar messages of which Mr Stephenson said: "That to my mind seems a rather aggressive approach to someone who is cultivating a girl."

On Boxing Day McAuley said: "I want to f*** you, Merry Christmas."

The decoy profile replied "I'm 14" and he responded "Would you like a guy to have sex with?"

Mr Stephenson said in the New Year McAuley began to plan them getting together and said: "I wish I was in bed with you right now."

He told the girl "come to mine you're always welcome" and discussed with her the "merits of using the train rather than a taxi" and "what excuses she could make to her parents for her absence".

Mr Stephenson said McAuley did have "reservations" at one point and noted she was 14 and said: "I can be arrested for this, you're underage".

He added that when she expressed fears about becoming pregnant McAuley said "precautions can be taken".

McAuley talked about meeting the girl at a train station and provided his full address, which was then passed to police along with the details of the messages.

Officers arrested McAuley and interviewed him on April 29 last year when he said he didn't think she was 14 as it was a site for 18-year-olds.

McAuley, of Lakeside Close, Widnes, admitted attempting to engage in sexual communication with a child and arranging the commission of a child sex offence between November 14 last year and January 5 this year.

Jeremy Rawson, defending, said: "He is a sad, isolated individual."

He said he has an "insular" life and is "almost imprisoned" by his medical conditions, which include Asperger's Syndrome and learning disabilities.

Mr Rawson said: "He regrettably drinks and he drinks excessively and that's a matter of considerable upset."

He said: "It comes as a complete shock to a decent, quiet family.

"He is ashamed of the dishonour that has been brought upon their family."

Mr Rawson said McAuley, who has no previous convictions, is afraid to leave his home after his picture was shared on Facebook and added "he is, in all respects, a broken individual".

He said McAuley was "assessed as being a vulnerable person" by his GP and "someone who would have considerable difficulty in facing the custodial environment".

Mr Rawson said McAuley was remorseful and is a "low risk of reoffending, a low risk of reconviction" and a "medium risk of harm in set circumstances as far as children are concerned".

Judge David Aubrey, QC, sentencing, said he had "carefully reflected upon the case" noting it was a "difficult sentencing exercise".

The judge said there was an "element of grooming" but said him meeting the 'girl' at a railway station, as discussed, was "never likely to reach fruition".

Judge Aubrey said: "You are an anxious man, a depressed man."

The judge noted during his probation interview McAuley's mother acted as an appropriate adult "such was the difficulty in responding and answering any questions".

Judge Aubrey said McAuley is a "vulnerable, fragile person" who is "at risk of exploitation and bullying" in prison.

The judge said he was able to suspend sentence as there was a "realistic prospect of rehabilitation".

Judge Aubrey said: "I have come to the conclusion in the particular circumstances of your case the balance, having considered the case extremely carefully, is in favour of suspending the sentence for two years."

He was also ordered to complete the New Me Strengths programme.

McAuley was ordered to sign the Sex Offenders Register for 10 years and adhere to the requirements of a SHPO for the same period.