Is smoked food healthy? A nutritionist explains the potential risks

As a Scottish person, I would like to quickly play into a stereotype for you (at least, as far as I, a sample of one, am concerned): Smoked fish is the best smoked meat. Period. End of discussion.

I love smoked haddock, I love smoked herring (kippers). In fact, I love smoked salmon so much, I will happily eat it for breakfast, lunch, and dinner. As a child, I ate it mixed into my scrambled eggs and in my school sandwiches. We still have it every year on Christmas day as a starter because if there is one thing everyone in my family can agree on, it is that we all love smoked salmon. But is all this smoked fish as good for my body as it is for my soul? Possibly not.

This is an adapted version of the Inverse Daily newsletter for Tuesday, May 17, 2022. Subscribe for free and learn something new every day.

It is delicious, though. Welcome to your Tuesday! Your week is progressing, and so are we here at Inverse. In today’s edition, scroll to discover the best diet to boost your mood (I know what I’d advocate for...) and more.

Study: Being close to nature reduces the risk of stroke

People who live within 300 meters of a forest, farm, or city park were 16 percent less likely to experience the most common type of stroke, according to a new study.

Published in the journal Environment International, the study uses data from more than 3 million Spaniards and claims to be the largest of its kind from Europe to measure the association between air quality and stroke. The researchers also found that the risk for stroke increased steadily with their levels of exposure to common kinds of air pollution.

The data included home addresses and the researchers found that people who lived within 300 meters of green space were 14 percent less likely to experience a stroke within those two years. (Catalonia’s biggest city, Barcelona, has, for a metropolis of its size, uniquely few large or central parks.)

Conversely, those with higher exposure to air pollution in their homes were at greater risk.

“The just-released plug-in hybrid is the most luxurious vehicle with a plug you can buy. It's equipped with an 18 kWh (14.1 kWh usable) battery that can, theoretically, take you more than 20 miles without turning on the engine.

The Flying Spur is Bentley's flagship sedan, competing with the less-expensive and excellent Mercedes-Benz S-Class and the more-expensive and excellent Rolls-Royce Ghost (which I reviewed last year). It sits in the middle, in a kind of luxury no-mans land. Starting around $210,000 and rising to near $280,000 in the fully-decked out trim of my tester.

The exterior is glorious, particularly in this stunning sky blue that Bentley calls Jetstream. Combine that with the Blackline Specification that blacks out all the chrome bits on the grille and trim around the car's exterior, and you have a dark-but-light unicorn of a vehicle. I took it to Cars and Coffee, a weekly informal car show, and folks went wild for it.”

Fancy one for yourself?

Best diet to boost mood? A study on men and depression reveals the answer

A new study on young men found the Mediterranean diet can help improve symptoms of depression — the researchers suspect the same may be true in women.

Specifically, the study supports the Mediterranean diet as a tool for improving the symptoms of depression in young men. While food alone can’t “cure” poor mental health, it can arguably influence better mental health overall.

Bayes is a Ph.D. candidate at the University of Technology Sydney and a nutritionist. Nutritional psychiatry — an emerging field concerned with how nutrients, foods, and dietary patterns affect mental health — could help treat common mental health issues, Bayes says.

Bayes’ study is the first randomized clinical trial to test the Mediterranean diet as a treatment for young men diagnosed with depression. In this case, they chose to focus on men between the ages of 18 and 24 because this group is known to rarely seek help for mental health but rates of depression sharply increase during “emerging adulthood.”

Does smoked meat cause cancer? A dietitian assesses the damage

In an instance of Delicious Things That Might Kill Us (see also: hot dogs and ultra-processed foods, among others), smoked foods are carcinogenic, meaning they contain properties that put us at a higher risk for cancer. Registered dietitian Nasira Burkholder-Cooley in Orange County, California assessed the possible damage smoked foods can do.

The chemicals worth knowing when it comes to carcinogens (any substance capable of causing cancer) in smoked foods are polycyclic aromatic hydrocarbons (P.A.H.s) and heterocyclic amines (H.C.A.s). These compounds form when meat — beef, pork, poultry, and fish — cooks at high temperatures (above 300 degrees Fahrenheit).

Sugars and amino acids that comprise proteins in meat form H.C.A.s upon reacting with heat. P.A.H.s form when fat and juice interact with the flame and stoking smoke and then adhere to that tender beef slab. So while that smoke can make the meat taste great, it can also pose a risk. But please don’t cook your meat at a lower temperature to avoid these compounds — then you’re dealing with possible bacteria from undercooked meat.

In addition to eating smoked meats, burning coal, oil, gas, wood, garbage, and tobacco smoke exposes people to P.A.H.s, according to the Centers for Disease Control. Once in the body, P.A.H.s change into a product called metabolites which pass with waste — but not without potentially causing some damage. 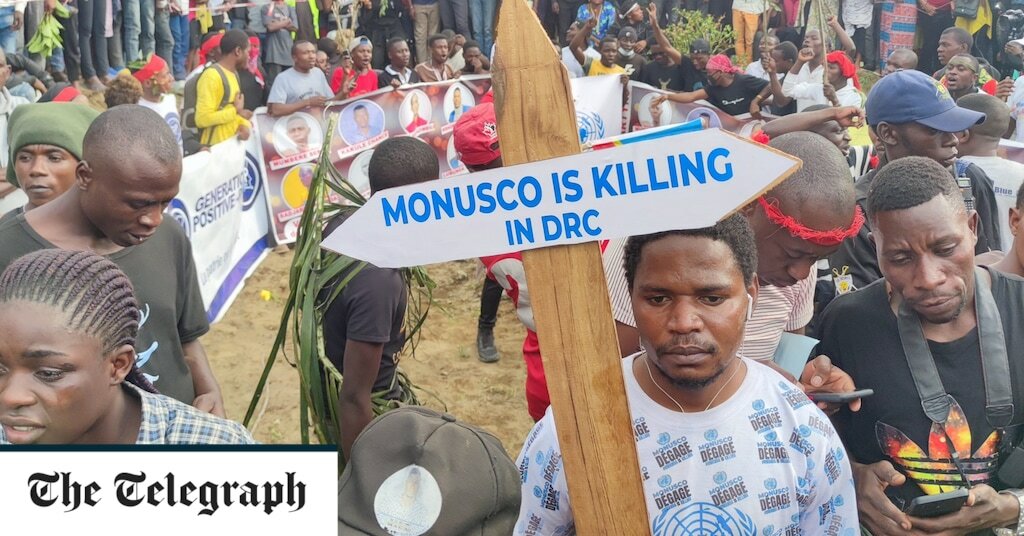 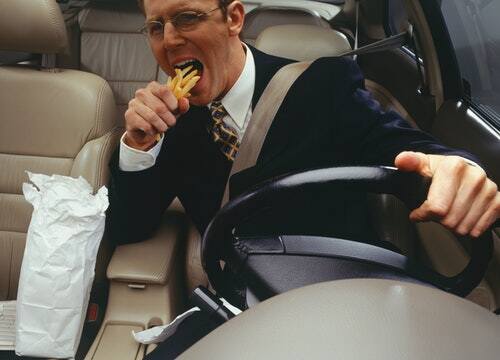 Best diet to boost mood? A study on men and depression reveals the answer
A new study on young men found the Mediterranean diet can help improve symptoms of depression — the researchers suspect…

Inverse
One subscription that gives you access to news from hundreds of sites
Bentley Flying Spur Hybrid review: Price, MPG, engine, range, and one annoying thing

As a plug-in EV stepping stone, the Flying Spur Hybrid does the job. But now I just really want a…

Inverse
Go with your gut: scientist Tim Spector on why food is not just fuel

The scientist has spent years studying how gut health relates not just to nutrition, but to all aspects of our… 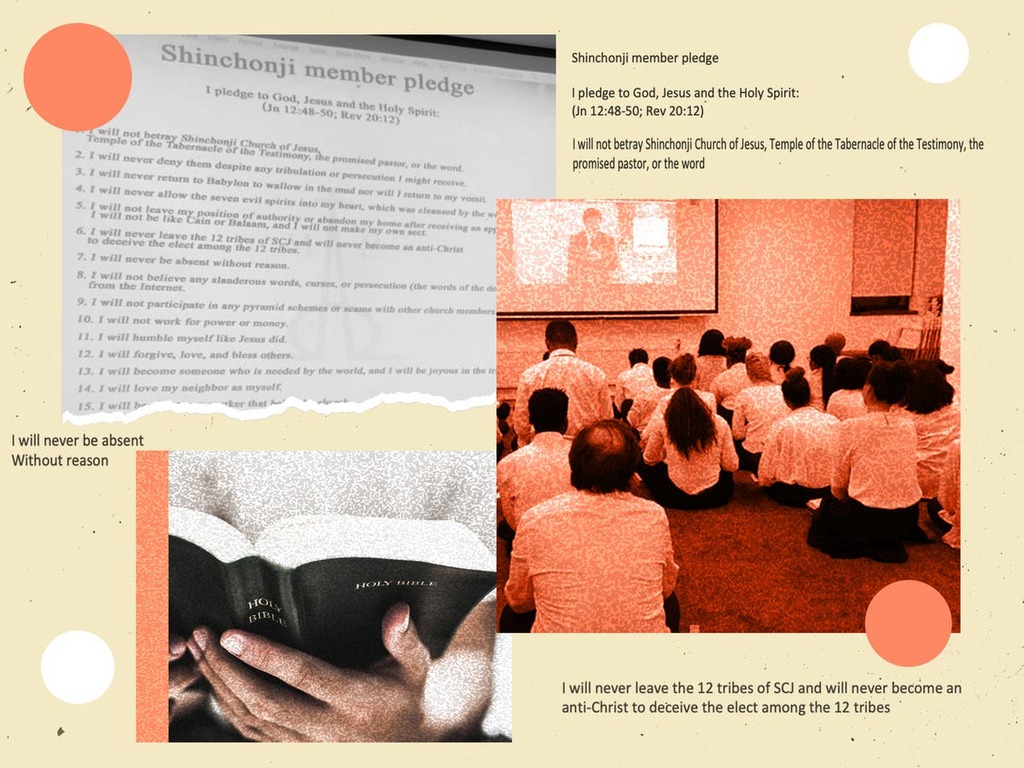