Is Credit Suisse the 2022 Lehman Brothers?

The nightmare resurfaces. The visions of red screens in panicking trading rooms return.

And the September 2008 images and photos of Lehman Brothers employees leaving the New York headquarters with boxes in hand again occupy minds.

Fourteen years later, the specter of the defunct investment bank that sparked one of the most serious financial and economic crises since the Great Depression has resurfaced.

This time all eyes are on Credit Suisse (CS), the second Swiss bank that's no more than the ghost of its past greatness.

'How the Mighty Have Fallen'

This level of capitalization throws Credit Suisse into the fintech club like LendingClub (LC) and SoFi (SOFI). Competitor JPMorgan Chase (JPM) has capitalization above $300 billion.

Spreads of the bank’s credit-default swaps have risen sharply in recent days. They are their highest since the financial crisis. These financial products are similar to a form of insurance against default.

Over the weekend CS Chief Executive Ulrich Körner tried to reassure employees and investors, but the memos only fueled speculation that the bank needs to raise capital to survive.

"I trust that you are not confusing our day-to-day stock price performance with the strong capital base and liquidity position of the bank," Körner told employees in a memo on Sept. 30

He added: "We are in the process of reshaping Credit Suisse for a long-term, sustainable future -- with significant potential for value creation."

Analysts and experts love to jump to conclusions, but the ultra-difficult period that one of the world's most famous investment banks is going through is very worrying. The bank is currently struggling for its survival and speculation is rife.

The Swiss bank is due to announce a turnaround plan on Oct. 27. The plan should include a sale of the investment bank, which has become the firm's Achilles heel. Credit Suisse should refocus on retail banking and wealth management.

The bank "is well on track with its comprehensive strategic review including potential divestitures and asset sales," it said on Sept. 26.

With three weeks till that plan emerges, investors have time to speculate and worry.

And one key question circulating in the markets right now is: Is the global financial system experiencing another Lehman Brothers moment?

In other words, if Credit Suisse were to file under the bankruptcy laws, would the entire global financial system be threatened, as was the case with Lehman Brothers in 2008? The collapse of that U.S. investment bank triggered a string of big Wall Street bailouts and a subsequent financial crisis.

"I do not think this is a Lehman moment, if a Lehman moment is defined about counterparty risk in the banking system," the economist Mohamed El-Erian said on CNBC on Oct. 3. "If you're worried about systemic risk, look at the nonbanks, not the banks.

"And it tells you that there's anxiety not only about the things we knew: tightening financial conditions and central bank mistakes, slowing global economy, all these other noneconomic issues.

For Boaz Weinstein, known as one of the kings of credit-default swaps during the financial crisis, equating Credit Suisse with Lehman Brothers is exaggerated.

"Oh my, this feels like a concerted effort at scaremongering," Weinstein, the founder of Saba Capital Management, said on Twitter. "See my recent tweets. In 2011-2012 Morgan Stanley CDS was twice as wide as Credit Suisse is today. Take a deep breath guys."

Weinstein says fears over the health of Credit Suisse are hysterical because the price of insurance, or CDS, that investors holding debt from certain companies like General Motors have to pay are just as high as for the Swiss bank.

"Is General Motors also on the bring of failing? Their CDS is identical to Credit Suisse. We should be careful not to yell 🔥," the financier said.

There are also other major distinctions between Credit Suisse and Lehman Brothers.

The Swiss bank has been, like other major banks, under the strict supervision of regulators since the financial crisis, who ensure that its level of liquidity is sufficient to allow the establishment to withstand a serious crisis.

Unlike Lehman Brothers, it is difficult to imagine that the Swiss authorities will abandon the bank, which is one of the jewels of the country.

Finally, according to recent research notes from analysts at Deutsche Bank and at UBS, the bank does not need to raise large sums to strengthen its financial situation.

Deutsche Bank says that Credit Suisse needs to raise $4.1 billion and that the securitized-products business could raise nearly two-thirds of that, while UBS said that even a partial sale could bolster capital ratios by $1 billion.

Credit Suisse at first blush also does not also pose systemic risk because its problems are specific to the Swiss bank. In 2008, the difficulties of Lehman Brothers were problems other banks experienced as well.

Credit Suisse's mistakes have plunged the bank into numerous scandals in recent years, including Greensill and Archegos, and itself caused losses of several billion dollars. 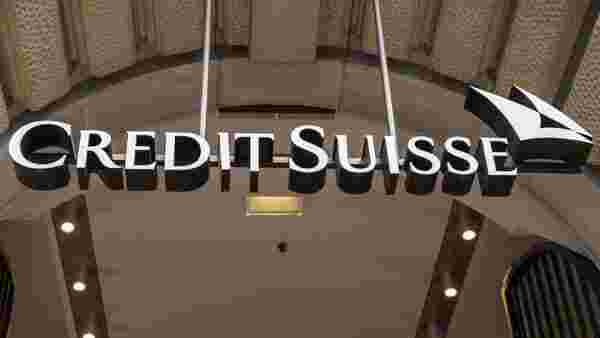 Livemint
From analysis to the latest developments in health, read the most diverse news in one place.
As Credit Suisse's Credit Default Swaps Spike To Near 2008 Levels, Rumors Of Lehman-Like Collapse Floated, Bank Steps In To Allay Concerns

Talks of trouble brewing at Swiss investment bank Credit Suisse (NYSE: CS) gained ground over the weekend, with Twitterati beginning to raise the specter of a Lehman-like collapse.

Swiss bank’s plummeting share price has invited comparisons to the onset of the 2008 global financial crisis.

The Independent UK
Is It 2008 All Over Again For Credit Suisse?

Credit Suisse Group AG (NYSE: CS) shares recovered early morning losses and traded higher by 2.4% on Monday following a report by the Financial Times that the Swiss bank has been reaching out to investors to r

Benzinga
One place to find news on any topic, from hundreds of sites.
Cost of insuring against Credit Suisse defaulting reaches record high