Is Bukayo Saka going to sign for Liverpool? Latest on Arsenal star being linked with move to Jurgen Klopp's side 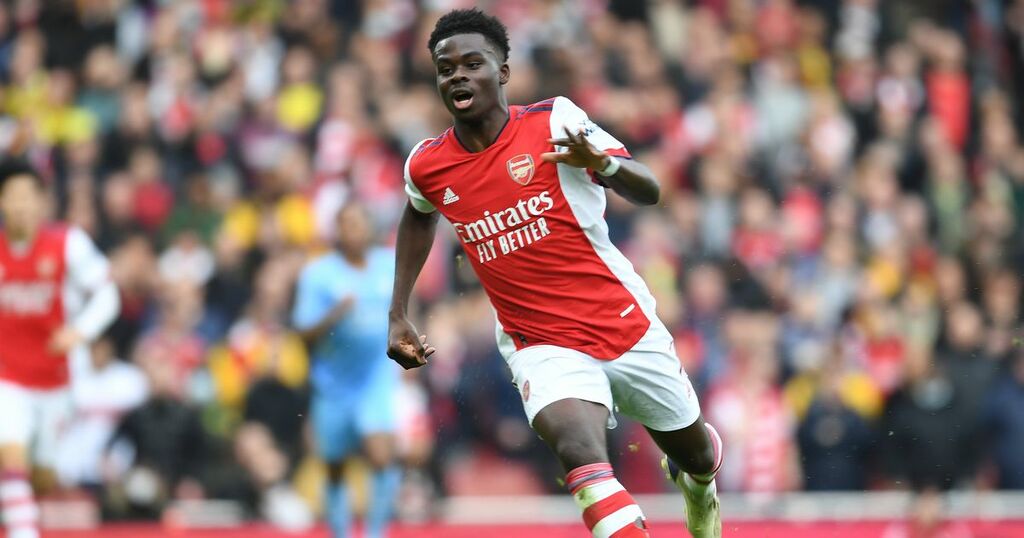 Bukayo Saka is a man in demand and it is rumoured the Arsenal star could be on his way to Liverpool.

The Reds are reportedly very keen on bringing Saka to the club as he fits their style of play.

He is the Gunners' reigning Player of the Season and was a key part of the England team that reached the final of Euro 2020.

Speaking to the Football Insider, former Leeds striker Noel Wheelan said the England international would be a "perfect" fit at Liverpool.

“Absolutely, I can see him at Liverpool," he said.

“I don’t think it was that long ago that they were trying to tempt him over to Anfield when he was running out of contract at Arsenal.

“We have seen the development in Saka – he’s now one of the best wingers in the Premier League.

“The way he gets on the ball, the way he dictates a game, he’s very much a Liverpool style player."

However, Arsenal seem confident of hanging on to the youngster and Mikel Arteta has said any interest from other clubs is always a "good sign".

"I think that’s great news when you have a lot of talk and people willing for you players, it’s a really good sign," he said.

"I am really happy with Bukayo, and with what he’s doing, with how he’s development and the importance he has on the team.

"Most importantly with the impact that he’s able to make in each game. This is something that we want to keep improving in each game, because he has the capacity to do it."

Arsenal came crashing out of the FA cup on Sunday after suffering an embarrassing 1-0 defeat to Nottingham Forrest.

Unimpressed former Forest midfielder Roy Keane, a pundit at the game, said Arsenal looked like Real Madrid because they wore a one-off white strip as part of the ‘no more red’ campaign but played like a pub team.