Is anyone actually listening? What we can glean from the National Summit on Women’s Safety 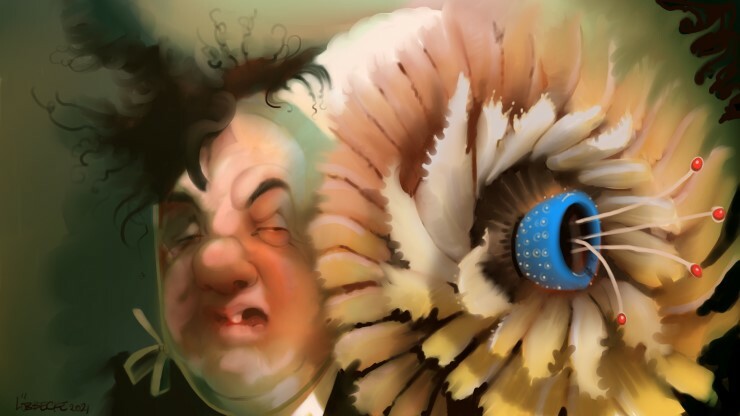 The second and final day of the National Summit on Women’s Safety is under way, aiming to develop a 10-year national plan to reduce violence against women and children. The last plan, developed by the Gillard government in 2011, is set to lapse in June 2022.

While the national plan is periodically reviewed, the summit is something new, announced amid the Me Too movement and this year’s March4Justice rallies demanding action to address the prevalence of sexual violence.

But the summit, which unofficially launched last week with roundtable discussions, has already faced criticism. Its keynote speaker was none other than Prime Minister Scott Morrison — the man who originally resisted meeting March4Justice protesters, but who in his address said he “felt that rage, the dread, and the frustration” from women who felt Australia’s culture wasn’t changing.

It raises the question: is the government actually listening?

Crikey has teamed up with political cartoonist Eric Löbbecke to highlight how men in government should strap on their “listening ears” to better hear the important issues.

In his keynote address, Morrison acknowledged the survivors of domestic and sexual violence, adding: “Your stories, your expertise, your experiences are critical to the next national plan.”

Interesting, then, that 2021 Australian of the Year Grace Tame said at the previous week’s roundtable discussion she was the only lived-experience survivor present.

Notably missing from the panel was Brittany Higgins, who earlier this year went public about her alleged rape in Parliament House. Higgins said she wasn’t initially invited to the summit and was made a delegate only when the ACT government and the Victims of Crime Commission stepped in.

Men who own women

“I don’t believe we can talk about women’s safety without talking about men and the way some men think they own women [and] about the way women are subjected to disrespect, coercion and violence,” Morrison said.

It’s a little like when Liberal women attempted to speak out against the party’s toxic culture, including former MP Julia Banks, former senator Lucy Gichuhi and former cabinet member Julie Bishop, each of whom left the party. Now- Government Services Minister Linda Reynolds made similar claims but walked them back after a meeting with Morrison.

“Our response to the Respect@Work inquiry … is about creating a new culture of respectful behaviour in Australian workplaces,” Morrison said, mere days after his party voted in a bill that legislated just six of the 16 possible laws recommended in the report to address workplace sexual discrimination.

That bill was supported solely by Coalition party members.

Indigenous initiatives shouldn’t be ‘tacked on’

“The real problem here — and I’m going to say it out loud — the national plan and its iterations has led to unintended consequences in our communities and in our populations,” she said. “Nobody listens to us.”

Indigenous leaders have been calling for this for years. In 2006 the Human Rights and Equal Opportunities Commission published a report calling for a holistic approach to address causes and consequences of family violence in Indigenous communities.

It was a concern raised yet again following the March4Justice rallies, with Indigenous women saying they risked their voices simply being “tacked on” to the existing movement.

Instead of programs tailored to the needs and culture of Indigenous communities, the few existing local programs are poorly funded, Langton said, with communities subject to ongoing pilot programs.

In 2019 Morrison defunded the peak body representing Indigenous survivors of domestic violence (though to his credit, pledged record funding in 2020 and 2021).

Despite the “support” for women in the workplace, union groups were excluded from speaking at the summit. Women’s social security was also not on the agenda — despite most of those receiving social security being women — with the experience of those on cashless debit cards left out.