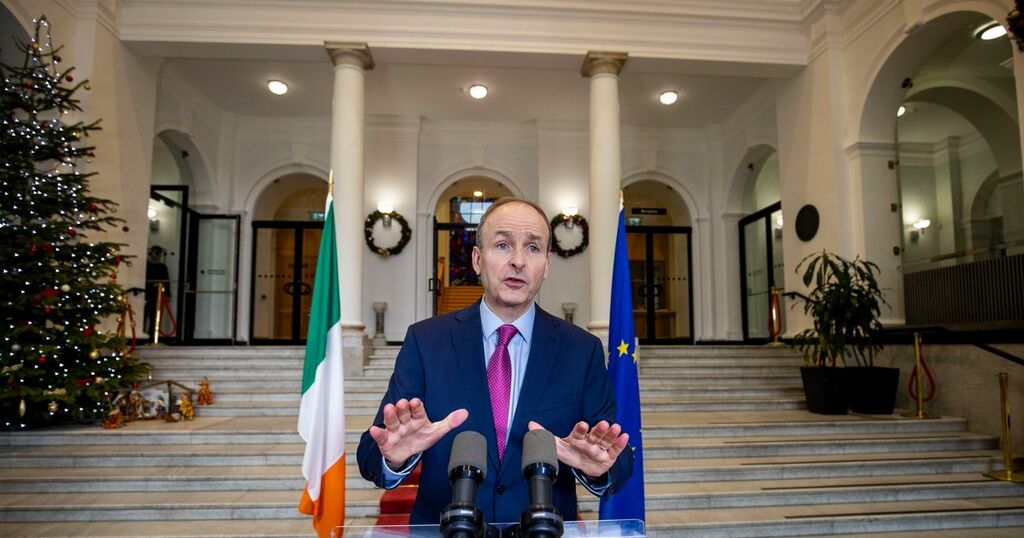 Irish pubs, bars and nightclubs are set for a full reopening later in October after nearly two years of total or partial shutdown.

Government officials look set to confirm October 22 as the date when the hospitality sector can begin to operate at something resembling normality.

However the exact nature of the reopening has not yet been confirmed, and some senior political leaders have dropped some hints as to what we can expect.

Taoiseach Micheál Martin has said he will make a further announcement on the final lifting of all Covid-19 restrictions and hinted there may be some rules for nightclubs.

Mr Martin said “we are on track” to lift all restrictions on October 22 but the requirement to wear face masks will remain in three settings.

However, he hinted at the possibility of a new rule for clubs, saying that a “further announcement” will be made when asked by reporters in Slovenia if the Government planned to add any additional restrictions for nightclubs.

He said: “We’ll look at the issue of vaccination on that but we’ll make a further announcement closer to the 20th.”

Minister for Tourism, Culture and the Arts, Catherine Martin said last week that the clubbing industry had expressed they’d like the use of rapid tests to be examined for entrance to nightclubs.

Meanwhile the Taoiseach added that “it’s all on track right now” to lift restrictions on October 22, although he admitted he’d like to see the numbers in ICU and hospitals decrease.

He said: “The hospital numbers haven’t come down, they’ve been fairly hovering around that 300 plus and the same in ICU.

“I think in the first instance and I’ve been talking to the Chief Medical Officer, the situation in schools has come back to summer levels.

“The CMO is happy with that, that’s stabilised.

“We still will have to wear masks where they are statutory in terms of retail, public transport, retail settings.”

What other changes could we expect at pubs and nightclubs?

A major change could be on the cards for pub-goers in the near future as government officials are currently examining the possibility of allowing premises to stay open as late as 6am.

Arts Minister Catherine Martin said she was in favour of nightspots staying open that late and said the option “should definitely be there” when asked about new closing times.

Ms Martin was speaking at the launch of the night-time economy taskforce report from the Button Factory nightclub in Dublin.

The taskforce was set up to examine ways of “reimagining”, “revitalising” and introducing new life into Ireland’s nightlife and night businesses.

One of the main outcomes of the report is the recommendation to scrap the ancient mix of licensing laws, some there since as far back as the 1830s, and replace them with one new unified Sale of Alcohol Bill.

It will definitely see longer opening hours for licensed premises later into the early hours.

However, Ms Martin and Super Junior Justice Minister, Hildegarde Naughton, say they want to see European-style nightlife, where cafe, bar and nightclub openings until 4am and beyond are the norm.

Asked about opening until 6am, Catherine Martin replied: “Yes, why not? I think that opportunity should be there.

“I think shutting down, Dublin, we’re working way behind our other European cities.

“It can be done, it can be done in a safe way and I think that option definitely should be there.

“As I’ve said, it’s breathing new life in and new opportunities for this sector.”