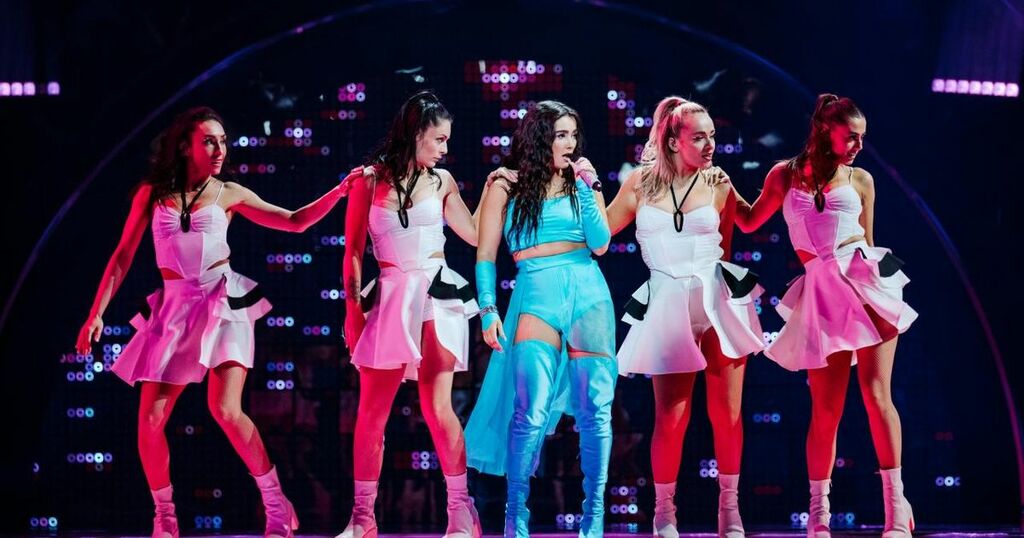 Irish Mirror
Are Ireland performing in the Eurovision 2022 semi-finals tonight? Schedule and running order as Brooke Scullion to take stage

Irish Mirror
Eurovision 2022: What you need to know about Ireland's entry Brooke Scullion

Belfast Live
One subscription that gives you access to news from hundreds of sites
Eurovision 2022: What song will Ireland's entry Brooke Scullion be signing?

Irish singer Brooke Scullion is taking part in the Eurovision 2022 second semi-final tomorrow. She will be performing That's Rich, a pop breakup song she co-wrote with Izzy Warner and Karl Zine.

Brooke, from Bellaghy, is already pretty well-known as she participated in The Voice UK in 2020. She arrived in the third place in the ITV show and was coached by American singer Meghan Trainor.

The 23-year-old has previously said she thinks Ireland has good chances to be qualified for the Eurovision 2022 grand final.

Read more: Anything Goes stars say musicals are ‘really important for our souls and wellbeing’

Comparing the singing competition to The Voice, she told PA: “I was never really that nervous on The Voice because I had no expectations of myself whatsoever. I was only starting out in the industry, I didn’t know if I was good enough to be in that position.

“So this time it’s a lot more pressure and I’m a lot more excited about it, only because I have expectations for myself and I know what I’m capable of. This is a test for me and my ability, so hopefully all going well I can qualify and I think I will levitate after that, I will just take flight.”

Since she was selected as Ireland's representative, Brooke has been working on her dance moves with a world-renowned choreographer and she has designed her own costume.

She said: "The rehearsals have been quite full on, a different level of intensity than what I’m used to. It’s just a really fun song… I’m excited that people will see a fun side of Ireland and get behind us hopefully.

“People are definitely taking a massive liking to this song, I think it’s because of the tongue-in-cheek nature. If it comes on in a nightclub, you’re going to want to dance and scream it.”

The Eurovision's second semi-final will be aired live from Turin, Italy, on BBC Three tomorrow night from 8pm. The grand final of the song contest is taking place on Saturday and will be aired on BBC One.

Irish Mirror
Are Ireland performing in the Eurovision 2022 semi-finals tonight? Schedule and running order as Brooke Scullion to take stage

Irish Mirror
Eurovision 2022: What you need to know about Ireland's entry Brooke Scullion

Belfast Live
One subscription that gives you access to news from hundreds of sites
Eurovision 2022: What song will Ireland's entry Brooke Scullion be signing?