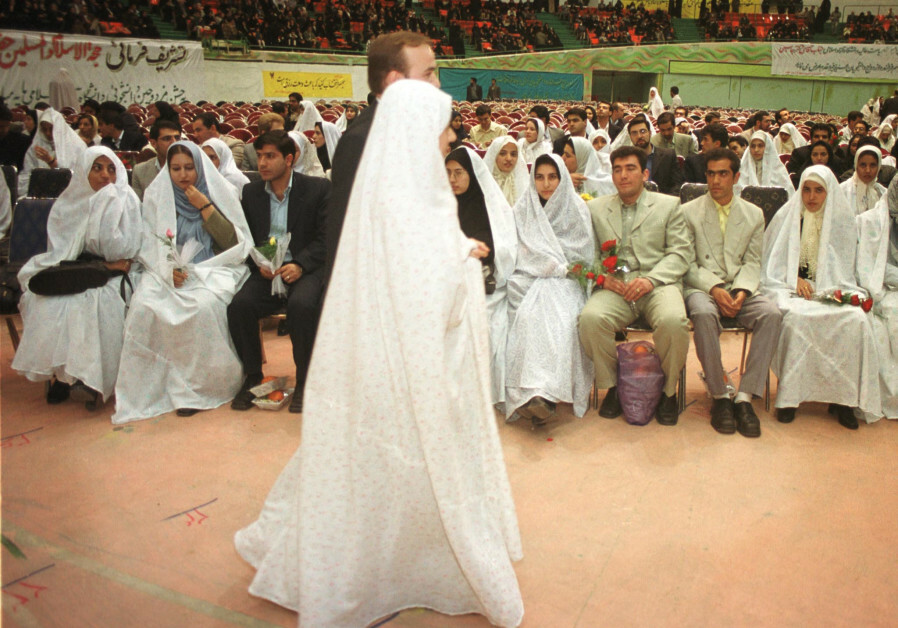 Iran’s newly appointed vice president for women and family affairs advocates the marriage of children in defiance of human rights critics who see the practice as sexual exploitation and abuse of young girls.

She confirmed the announcement in a September 2 tweet, writing an Arabic verse from the Koran, according to the news website IranWire. Her tweet derives from a section of the Koran in which Moses pleads with God: “O Lord! Expand my breast for me/... and loose the knot from my tongue/ [that] they may understand my word.”

Writing for IranWire, Roghayeh Rezaei noted in a lengthy analysis that “Khazali married when she was 16. She also married off her daughters when they were very young.

“She has said she supports child marriage, accused women who do not want children of ‘seeking comfort,’ and called women who are entitled to sizeable dowries in the event of a divorce ‘hagglers.’”

Sheina Vojoudi, an Iranian dissident who fled the country due to repression, told The Jerusalem Post, “Women like Khazali endanger the whole society. Most of the early marriages force underage girls into marrying middle-aged men. Ansieh Khazali, by supporting child marriage, is enabling vast child abuse and it will have disastrous consequences in Iran and can be viewed from different aspects, especially under Iran’s dire economic circumstances.”

Vojoudi, who has researched the exploitation of children in Iran, added, “In my opinion, It can’t affect the educated class of the society because they wouldn’t go after Islamic Republic’s primitive rules, but large parts of society which live below the poverty line [estimated at more than 60%] will be affected. In Iran we have a huge number of street children. These children are facing sexual abuse every day. Khazali should have found a solution to end child abuse in Iran instead of promoting child marriage.”

The US government media outlet Radio Farda reported in August that officials announced a rise in the number of child marriages in 2020 compared to 2019.

According to the Statistics Center of the Islamic Republic, roughly “5% of all the registered marriages in 2020 involved children under the age of 15,” wrote Radio Farda.

Javaid Rehman, the UN special rapporteur on human rights in Iran, has urged “immediate reforms” for women and girls in the highly repressive Islamic Republic, highlighting the practice of child marriage, among other forms of severe mistreatment and exploitation of women and girls.

Rahman said Iranian “women and girls are still treated as second-class citizens.” Iran’s regime permits girls to marry at 13 and boys at the age of 15. Children have been married at a younger age if the father has given permission.

Rezaei wrote, “On just two occasions have her inclinations with regard to women’s rights gone on record. They were both telling, and did not inspire confidence for progressives or women’s rights activists.”

According to IranWire, “Khazali is among the handful of women who could be described as being in the upper echelons of power in Iran. Like others who have somehow been able to climb that ladder, she has close family ties to current and former senior figures in the regime.”

The 58-year-old Khazali is the daughter of the fundamentalist cleric Ayatollah Abolghasem Khazali Boroujerdi.

She opposes the UNESCO’s 2030 Agenda for Sustainable Development that seeks to “eliminate gender disparities in education and ensure equal access to all levels of education and vocational training.”

Khazali told the Iran Student Correspondents Association in 2018 that the 2030 Agenda caused sexual harassment by a schoolmaster in a boys’ high school in Tehran because the plan it enables “removing inhibitions” and that “such incidents are inevitable.”