Iran warns West of IAEA move as U.S says time running out to save nuclear deal 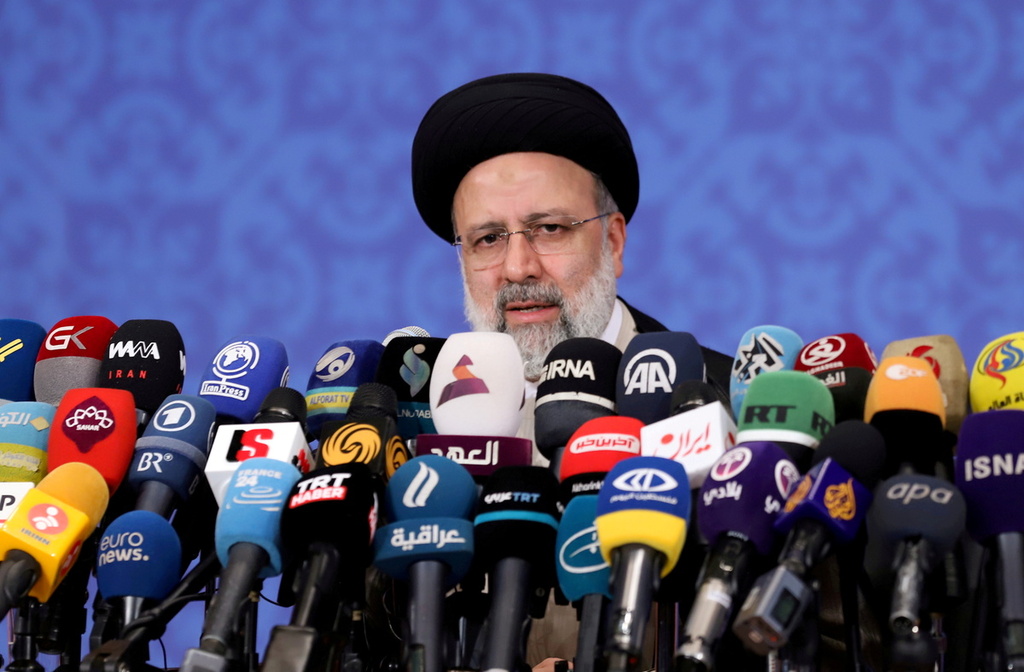 Iran's president on Wednesday warned Western states against rebuking Tehran at the U.N. atomic watchdog after its latest reports criticised his country, while the top U.S. diplomat said time was running out to revive a nuclear deal with world powers.

The International Atomic Energy Agency said in reports to member states reviewed by Reuters on Tuesday that there had been no progress on two central issues: explaining uranium traces found at several old, undeclared sites and getting urgent access to some monitoring equipment so that the IAEA can continue to keep track of parts of Iran's nuclear programme.

"In the event of a counterproductive approach at the IAEA, it would not make sense to expect Iran to react constructively. Counterproductive measures are naturally disruptive to the negotiation path also," President Ebrahim Raisi said in a phone call with European Council President Charles Michel, according to Iranian state media.

Tuesday’s criticism by the IAEA means the United States and its European allies must now decide whether to push for a resolution at next week’s meeting of the 35-nation IAEA Board of Governors pressuring Iran to yield.

In 2018 then-President Donald Trump pulled Washington out of the 2015 deal, under which Iran agreed to restrictions on its nuclear activities in return for the lifting of sanctions.

The Islamic Republic responded to the Trump administration's withdrawal and reimposition of sanctions by violating many of those restrictions.

Indirect talks between U.S. President Joe Biden's administration and Iran on how both countries could return to compliance with the deal have not resumed since Raisi, an anti-Western hardliner, took office on Aug. 5. France and Germany have called on Iran to return soon and Raisi has said Tehran is prepared to but not under Western "pressure".

A resolution could make resuming talks on the deal harder, since Tehran usually bristles at such moves.

Speaking in Germany, U.S. Secretary of State Antony Blinken said time was running out for Iran to return to that accord.

"I'm not going to put a date on it but we are getting closer to the point at which a strict return to compliance with the JCPOA (nuclear deal) does not reproduce the benefits that agreement achieved."

Western diplomats have said that a decision on how to respond to the IAEA reports has yet to be reached.

"We find ourselves at a moment of discussing with all our partners in the agreement how to react to this," German Foreign Minister Heiko Maas said alongside Blinken.

Senior diplomats from France, Britain and Germany will meet on Friday in Paris with the U.S. envoy on Iran to discuss the matter.

(Reporting by Dubai newsroom and John Irish in Paris, Writing by John Irish; Editing by Mark Heinrich and Gareth Jones)